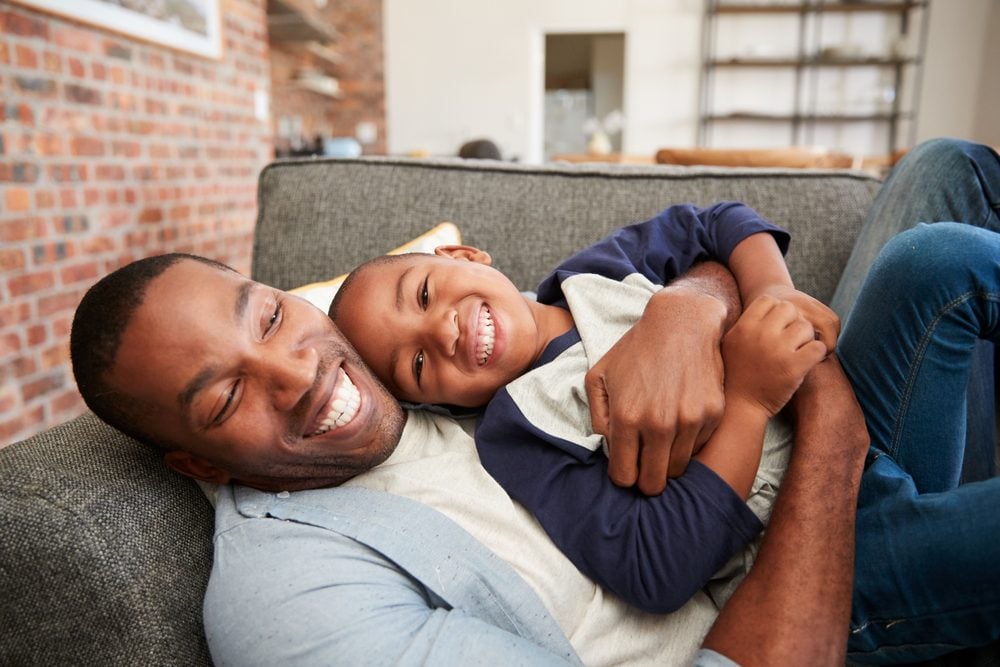 Father’s Day is celebrated by families all around the world—and this year is no exception. While it’s certainly going to look different due to social distancing measures, Father’s Day will still be happening all around the world. While your dad probably enjoys being showered with gifts and love on this special day that wasn’t the case with the average dad back when the day was first created over 100 years ago. In fact, the history of Father’s Day is quite long and controversial. So what is Father’s Day, and how did it originate?

If you haven’t started thinking about ideas for creative gifts and ways to celebrate (while complying with social distancing), worry not. Father’s Day is on June 21 this year, which still leaves you with plenty of time to prepare. Make sure you check out the 52 of the best gifts for dad on Amazon if you’re struggling to find the perfect gift for him that isn’t a tie.

Where did Father’s Day come from?

Mother’s Day actually came first (it was celebrated as far back as the 1860s and declared a national holiday in 1914) and paved the way for Father’s Day. The history of Father’s Day goes back to 1908 when a church in West Virginia held a sermon to honor 362 men who were killed the previous year in a coal mining explosion. This was the country’s first-ever event to strictly honor fathers, but it was just a one-and-done thing. Nothing really came of it. The history of Mother’s Day is actually pretty surprising, too.

The following year, however, a woman named Sonora Smart Dodd started her quest to establish Father’s Day as a national holiday. Dodd was one of six raised by her single father and thought fathers should be honored the same way as mothers. After a year of petitioning her local community and government, Dodd’s home state of Washington celebrated its first official Father’s Day on June 19, 1910. Over the years, the celebration of Father’s Day spread from state to state, and after a long fight it was finally declared a national holiday in 1972 when President Richard Nixon signed it into law. Don’t miss these touching dad quotes you’ll want to share this Father’s Day.

It took more than 60 years from the birth of the idea to Father’s Day actually being recognized as a federal holiday, and a lot sure did happen in that time. According to History.com, in the 1920s and 1930s, there was a national movement to get rid of both Mother’s and Father’s Day and replace them with one “Parent’s Day.” Had it been successful, we’d surely be asking “Father’s Day? What is Father’s Day?” today! Beyond that, some men didn’t even want a Father’s Day to begin with. Some saw it as a “Hallmark” holiday invented for the sole purpose of a commercial gimmick. Others saw it as an attempt by society to squash manliness.

When is Father’s Day celebrated in other parts of the world?

12 Funny Dad Quotes to Use This Father’s Day

These funny Father’s Day quotes are sure to bring joy to you and your dad. Can’t find the right words for dad this Father’s Day? Take inspiration from these funny quotes by the likes of Jon Stewart, Bob Odenkirk, Mark Twain, and more. For additional inspiration. Jerry Seinfeld “You can tell what was the best […]

SMH! Here are the 100 Best Corny Dad Jokes Ever!

It takes a certain kind of humor to truly appreciate a good, solid dad joke. And by good, we obviously mean bad. Ridiculously bad. So bad that people are left shaking their heads. So bad that if any semblance of chuckling follows, it’s the awkward kind of laughter. The kind where bystanders, all at the same time, […]

Dad says he is easy-going and wants for nothing, but you know when it comes to his Father’s Day present, it’s got to be good. After all, he’s the guy you looked up to, (quite literally), all these years, and it’s only fitting that you get him the best Father’s Day gift that shows how much […]