In this Sunday’s issue, Parade talks with former Hootie & the Blowfish singer turned country music star Darius Rucker about his many passions, including fatherhood, country music, and golf. 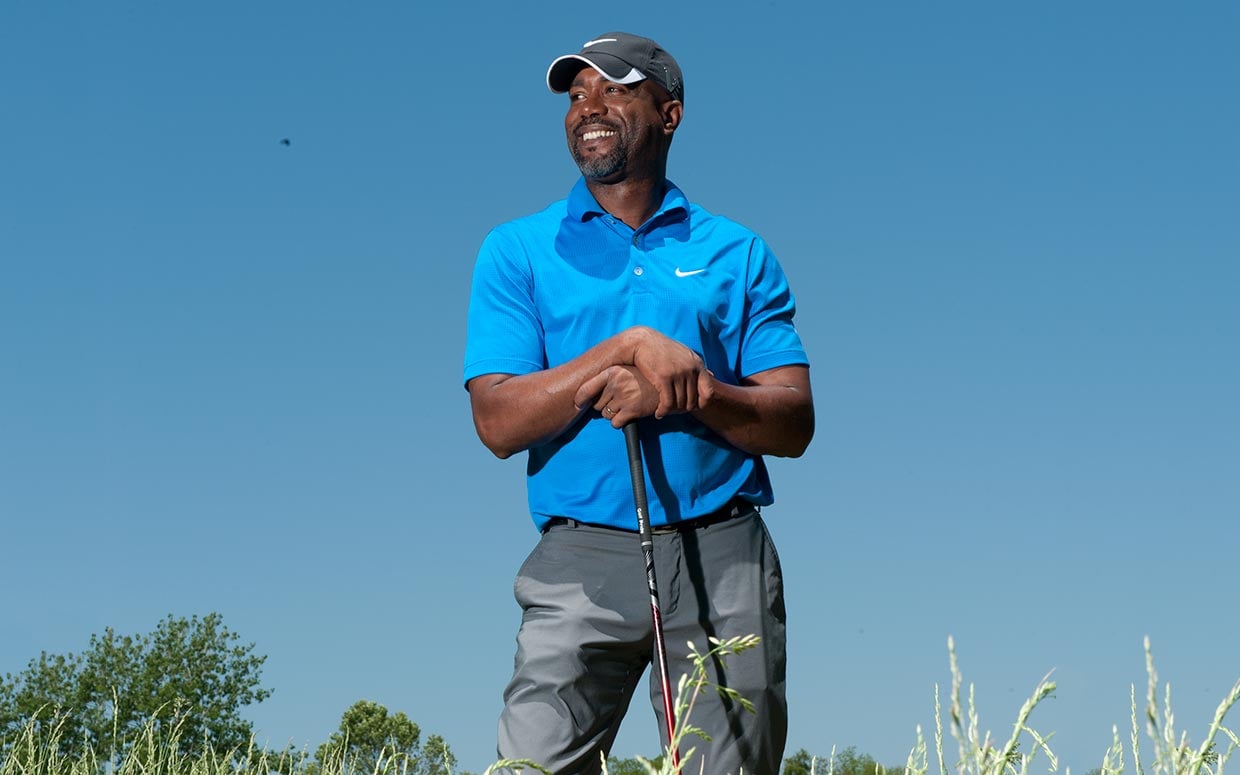 Not one to let adversity get in his way, the 47-year-old Rucker, grew up without much of a father figure in his life.  His mother was the one who went to all of his football games, choir concerts and early gigs, while his father would disappear for days, sometimes months on end. However, Rucker embraced this challenge and learned to become a much better dad to his own three children: daughters Daniela, 12, and Cary, 18, and son Jack, 8.

Rucker is also enjoying a resurgence of his music career after moving into the country music arena in 2008. The iconic alt-country single “Wagon Wheel” from his latest album True Believers, is Rucker’s sixth No. 1 song in the past five years.

Read a few highlights from the interview below and be sure to check out the full story in this weekend’s issue of Parade.

On what he learned from his father:
“He was just living his life, I guess…I’m not mad at him or anything.  I thank him for teaching me what not to do because now I just want to be with my kids all of the time…I hope they always know they can ask, ‘Dad, do you want to…?’ And that my answer is ‘Yes.’”

On life after Hootie & the Blowfish took an extended break:
“I was really at a point where I didn’t know if I could keep doing [music]. I’d been to the mountaintop. It might have been time to do something else.”

On the buzz about his first country album, Learn to Live:
“We were recording and I went out for a couple of beers, and people would come up to me and say, ‘I was talking to Brad Paisley the other day and he said how great your record is.’ I was like ‘That’s crazy. Why would Brad Paisley think to talk to somebody about my record?’”

On how his brother didn’t understand his early music choices:
“My oldest brother [would say], ‘Man, why are you listening to that white boy music? But my mom would tell him to leave me alone, to let me listen to what I wanted to listen to.”

On the love for and frustration from golf:
“Golf is the greatest but most maddening sport there is.” [When his wife, Beth, asked him what he wanted to do on his 47th birthday last month, the answer was easy: play 36 holes at his hometown club in Charleston, S.C. To help him work out post-round kinks, she had a massage therapist waiting at home.]

81 Father’s Day Messages For Every Type of Dad

Father’s Day is the perfect opportunity to let Dad know what often goes unsaid. But finding the right words can be tricky. That’s why we’ve come up with this handy list of Father’s Day messages and wishes. So whether he’s Dad, like-a-dad, a new or expectant dad or even Grandad you’re sure to find a […]

Everyone agrees that the hardest person to buy gifts for is Dad (with Grandpa coming in at a close second). Sure, if you take a moment, you can find a few things out there that are perfect gifts for dads who want nothing, but there are also a few DIY ideas that are sure to make […]

Dad’s taught you a lot of things throughout the years, but his unwavering passion for dessert is a real standout. Lean into dad’s sweet tooth this year with Father’s Day cakes and cupcakes that he won’t be able to resist. Before you bust out your apron, you have to make some tough decisions: Go for a classic […]