Although it marks the first Islamic month, the tenth day of Muharram is also known for being a period of mourning where the Shia Muslim community commemorates the martyrdom of Imam Hussein, the son of Hazrat Ali and the grandson of Prophet Muhammad. 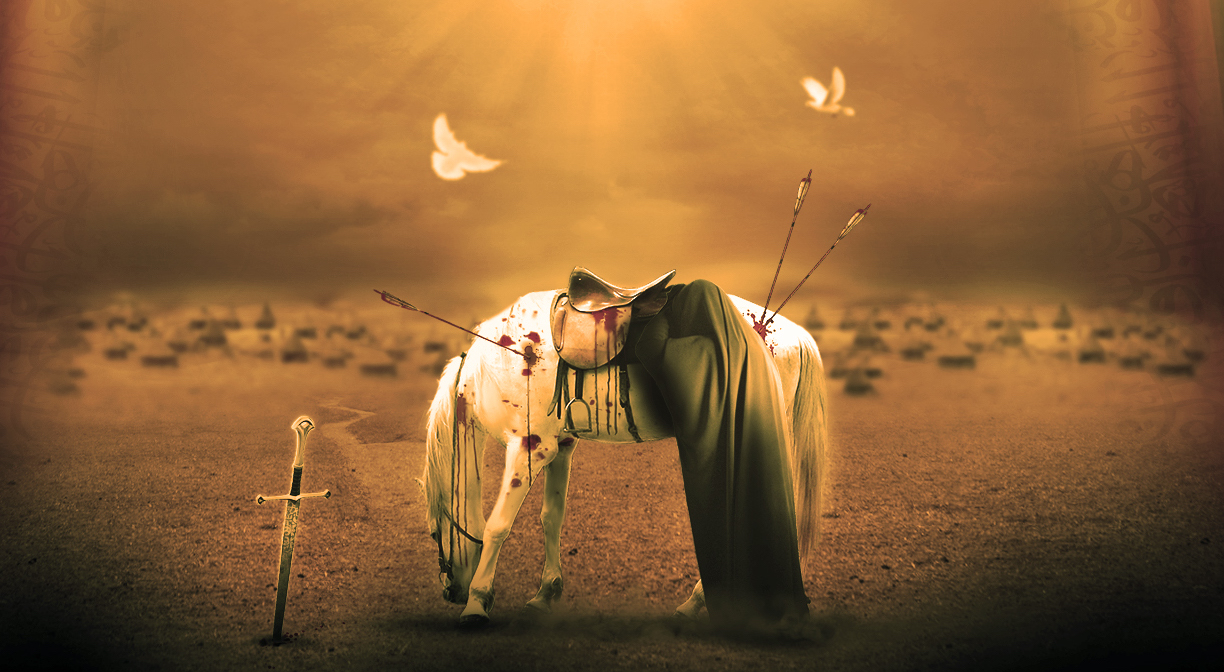 The Islamic calendar is a lunar calendar and is 11 to 12 days shorter than the solar calendar, or the Gregorian one, which is referred to in most western countries.

Let us all embrace each other in this holy day to mark the first month of the year and to mourn the sacrifice of our Lord. Here’s all you need to know about Muharram, its history, story and significance.
The history of Muharram:

Some fourteen centuries ago on the day of Ashura, the grandson of Prophet Muhammad, Imam Hussain and his little son, were mercilessly killed by a cruel and oppressive ruler in the Battle of Karbala. Although Imam Hussain was slain in the battle, his message of kindness, justice and equality lives on among people who love him, and hence, that is his real victory. 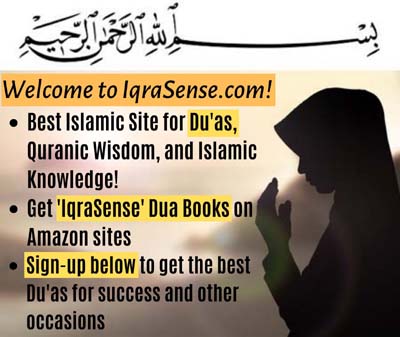 The story of Muharram:

The real story behind the mourning of Muharram is a very tragic one. On the 10th day of Muharram, also called Ashura, in the 61st year of the Islamic calendar, the fierce Battle of Karbala took place. The battle was fought between a small group of supporters and relatives of Prophet Muhammad’s grandson Imam Hussain, and a much larger military of Yazid I, the Umayyad caliph.

Imam Hussain’s humble army comprised of only his friends and family, including women and young children. But they were surrounded by a heavily-armed enemy army of thousands. 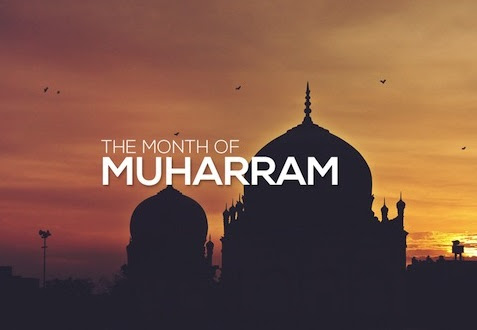 They captured Hussain and his group and deprived them of water and food in the desert heat for three successive days. The cruel soldiers brutally killed Hussain and his 6-year-old son and took the women with them as captives.

It is a very emotional story and Muslims honour the sacrifice of the innocent lives by observing a mourning period in the month of Muharram.

The significance of Muharram:

The month of Muharram is extremely holy for the Muslim community and Shia Muslims mourn the death of Imam Hussein and his family on this day of sorrow. They respect their sacrifice and pray in abundance as well as refrain from all joyous events.

The mourning period starts on the 1st day of Muharram and lasts for 10 days until the death day of Imam Hussein. They mourn by putting on black clothes, observing abstinence, fasting and then they break their fast on the day of Ashura, the 10th day.

Traditionally, some of them even break the fast only after zawal (afternoon), when they pay respect to Imam Hussein by beating themselves with chains in public, cutting themselves with knives and sharp objects and holding mournful public processions.

This painful observance is an expression of their grief on the death of their leader Hussain, also considered to be the representative of Allah. But most people mourn in a more non-violent manner by holding sad processions, and by chanting “Ya Hussain”, wailing loudly. 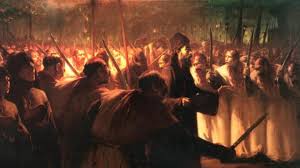 Ashura, the 10th day of Muharram also commemorates the day that Allah saved the Children of Israel from Pharaoh. When Prophet Muhammad came across the people of Madina is 622 CE, he learnt from the Jews that they fasted on this day because Allah saved the Children of Israel from their enemy, the Pharaoh in Egypt and that Prophet Musa (Moses) also fasted on this day as a sign of gratitude to Allah.

Since then, Muhammad also wanted his followers to observe a two-day fast on the day of Ashura and the day prior. While the Shias mourn the death of Imam Hussein on Ashura, Sunni Muslims hold a fast following Muhammad.

The month of Muharram is of great religious significance to Islamic people the world over. It is held to be the most sacred of all the months, excluding Ramadan. The word “Muharram” is often considered synonymous with “Ashura”, the tenth day of the Muharram month.

“Ashura” is a highly important day for both sects of Islam – the Shias and the Sunnis. The Shia muslims
believe that Husayn ibn Ali, the grandson of the Islamic prophet Muhammad, became a martyr at the Battle of Karbala on the tenth day of Muharram in 61 AH(680 AD).

The pre-Islamic period in the Arabian peninsula was the era of warring tribes. In the absence of a strong leadership, there were conflicts and battles on minor issues. But fighting was prohibited in four months of the year.

These months, of which Muharram was one, were considered sacred. Muharram is so called because it was unlawful to fight during this month; the word is derived from the word ‘haram’ meaning forbidden. This period of inactivity was a necessity in heavily decorated replicas of the tomb of the Imam and his family are made for Muharram the era of warring tribes.

The tradition was maintained even after the advent of Islam, though provisions to accommodate and accept war in special situations, like a threat to the sovereignty of an empire, were introduced. The gory battle of Karbala was fought against this law and tradition of Islam.

The inhabitants on the banks of rivers Euphrates and Tigris were traditional rivals. Their animosity was contained to some extent by Muhammad. But when his son-in-law Hazrat Ali was the Caliph(Muslim civil and religious leader considered to be Allah’s representative on earth), the old enmity re-surfaced.

Hazrat Ali had two descendants, Hazrat Imam Hussain and Hazrat Imam Hassan. Hussain was the ruler of the part of the empire known today as Iran. The other part in modern Iraq was ruled by the Umayyads. Hussain was called upon by the Shiahs of Kufa, a small town in the Umayyad kingdom, to accept their allegiance and claim his place as the leader of the Islamic community.

This was against the wishes of the ruler of Kufa, Yazid, who instructed his governor, Ibn-e-Ziad to take appropriate action. Meanwhile, in response to the call of the Shiahs, Hussain accompanied by his family members, headed for Kufa. When they reached Karbala, en route to Kufa, the forces of the governor surrounded them and their 70 men. Hussain, his family and his troops were tortured and killed, and Hussain’s head was severed and presented to the king. They received no help from the Shiahs of Kufa.

As this tragic incident happened on the tenth day of Muharram, Shia Muslims consider this a day of sorrow. They commemorate the martyrdom of Hussain as a religious occassion called “Muharram” (named after the month of its observance). The occassion starts on the 1st day of Muharram and lasts for 10 days until 10th of Muharram.

As Muharram approaches, they put on black clothes, as black is regarded as a color of mourning. During the entire 10 day period, they keep themselves away from music and all joyous events (e.g. weddings) that can distract them in anyway from the sorrowful remembrance of that day. During each of the first nine days of Muharram, “Majalis” (assemblies) are held where Shia orators vividly depict the incident of the martyrdom of Hazrat Imam Hussain and his party. Mainstream Shia Muslims fast until the evening. On “Ashura”, devoted Muslims assemble and go out in large processions. T

hey parade the streets holding banners and carrying models of the mausoleum of Hazrat Imam Hussain and his people, who fell at Karbala. Some Shia sects observe “Ashura” by beating themselves with chains in public, cutting themselves with knives and sharp objects and holding mournful public processions. This is an expression of their grief on the death of their favourite leader Hussain, considered to be the representative of Allah. (But no Shiite scholar affirms any extreme behavior that harms the body and Shia leaders consider such acts as “Haram”, or forbidden.)

It is a sad occasion and everyone in the procession chants “Ya Hussain”, wailing loudly. Generally a white horse is beautifully decorated and included in the procession. It serves to bring back the memory of the empty mount of Hazrat Imam Husain after his martyrdom. Drinking posts are also set up temporarily by the Shia community where water and juices are served to all, free of charge.

While Shia Muslims consider “Muharram” to be a sorrowful occassion, Sunni Muslims observe it as a festival and look at “Ashura” as a happy day though the religious aspect remain intact. Pious Sunnis keep a fast(“roja”) on “Ashura” as per the “Hadith”(a tradition based on reports of the sayings and activities of Muhammad and his companions) of Prophet Muhammad.

According to the “Hadith”, the Prophet saw the Jews fasting on the 10th of Muharram to commemorate their liberation from Egyptian slavery and the extermination of the army of the Pharoah in the waters of the Red Sea. Prophet Mohammed liked the custom for he believed that it was Allah who saved the Israelites from their enemy in Egypt.

The festival of Muharram is the first month of the Islamic calendar. It is considered the second holiest month after Ramzan. Muharram, one of the four sacred months, is observed by Muslims across the world. During the month of Muharram, some mosques provide free meals on certain nights of the month to all people.

About 14 centuries ago, on the day of Ashura, the grandson of Prophet Muhammad, Imam Hussain and his little son, were killed by in the Battle of Karbala. Imam Hussain was killed, but his message of kindness and justice lives on among his followers.

Significance of Muharram:
The word ‘Muharram’ means forbidden and sinful. Some Muslims fast during day hours on the ninth and 10th or the 10th and 11th days of the month. They may also attend special prayer meetings in mosques or private homes. Not all Muslim groups observe this occasion in the same manner.

The Shia Muslims mark the ceremonial mourning on this day and it’s called Ashura. They believe that on the tenth day of the month, Imam Hussain Ali, the grandson of the Prophet Muhammad and the third Imam of the Shia community, was killed in the Battle of Karbala in 680 AD.

How do people observe Muharram?
The Shia Muslim community mourns Imam Hussain Ali’s death on the day of Ashura by flagellating themselves with sharp objects on Muharram. This exemplifies the suffering Imam Hussain Ali experienced shortly before his beheading. Since Muharram is a period of intense grief and mourning for Shia Muslims, the mourners congregate at a mosque for sorrowful poetic recitations.

During the month of Muharram, some mosques provide free meals on certain nights of the month to all people.

Ashura also marks the day Musa (Moses) was saved from the Pharaoh of Egypt by God. The Prophet Muhammad used to fast on Ashura in Mecca, where it became a common tradition for the early Muslims. Sunni Muslims commemorate the day through voluntary fasting.

When fasting during the month of Ramzan became obligatory, the fast of Ashura was made non-compulsory. This year, the day of Ashura falls on September 10, Tuesday.

Muharram Mubarak:  Muharram marks the beginning of the Islamic New Year. The Islamic New Year is also known as Hijri New Year and Arabic New Year. Shia Muslims mourn for tenth day in the month of Muharram. They do so in the memory of Hazrat Imam Hussain, the grandson of Prophet Mohammed and his companions. […]

Finding Muharram Quotes for Whatsapp , facebook, Instagram? First, let’s talk about Muharram. This year Muharram is on 20th August 2020. Muharram comes in one of the four sacred months in the Islamic calendar. It is actually the first month of the Islamic calendar. Muharram means banned/ forbidden/ illegal. The whole month warfare is banned. On […]