Muharram Karbala: Battle of Karbala, (October 10, 680 [10th of Muḥarram, AH 61]), brief military engagement in which a small party led by al-Ḥusayn ibn ʿAlī, grandson of the Prophet Muhammad and son of ʿAlī, the fourth caliph, was defeated and massacred by an army sent by the Umayyad caliph Yazīd I.

The battle helped secure the position of the Umayyad dynasty, but among Shiʿi Muslims (followers of Ḥusayn) the 10th of Muḥarram (or ʿĀshūrāʾ) became an annual holy day of public mourning.

Yemen takes its name from the Arabic word meaning “northerly.”

Yazīd I succeeded his father, Muʿāwiyah I, to the caliphate in the spring of 680. In the city of Kūfah (in modern-day Iraq), those who maintained that the leadership of the Muslim community (ummah) rightly belonged to Muhammad’s cousin and son-in-law ʿAlī ibn Abī Ṭālib and his descendants invited Ḥusayn to take refuge with them, promising to have him proclaimed caliph there. When Yazīd learned of the rebellious attitude of the Shiʿah in Kūfah, he sent ʿUbayd Allāh, governor of Basra, to restore order.

The latter did so, summoning the chiefs of the tribes, making them responsible for the conduct of their people, and threatening reprisal. Ḥusayn nevertheless set out from Mecca with his family and retainers expecting to be received with enthusiasm by the citizens of Kūfah.

However, on his arrival at Karbala, west of the Euphrates River, on October 10, he was confronted by a large army of perhaps 4,000 men sent by ʿUbayd Allāh and under the command of ʿUmar ibn Saʿd, son of the founder of Kūfah. Ḥusayn, whose retinue mustered perhaps 72 fighting men, nevertheless gave battle, vainly relying on the promised aid from Kūfah. He and almost all his family and followers were killed.

The bodies of the dead, including that of Ḥusayn, were then mutilated, only adding to the consternation of later generations of the Shiʿah. The women who had accompanied Ḥusayn, including at least one of his wives, his sister Zaynab, and his surviving children, were taken first to Kūfah and then across the desert to Yazīd in Damascus. 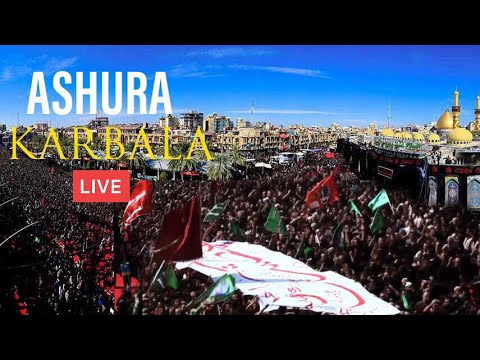 Shiʿi tradition has it that Zaynab, among others, in Kūfah formally rebuked ʿUbayd Allāh and in Damascus challenged Yazīd and rejected his claim to the caliphate. She died in 681. The Shiʿah maintain that she was buried in Damascus, and her supposed tomb is an important site of pilgrimage for the Shiʿah. Sunni tradition has it that she was buried in Cairo.

ʿUmar, ʿUbayd Allāh, and Yazīd came to be regarded by ʿAlī’s supporters as murderers, and their names have since been reviled by the Shiʿah. Shiʿi Muslims across the world observe the 10th of Muḥarram as a day of public mourning; some perform dramas (called taʿziyyah in Arabic), similar to Christian passion plays, which commemorate the events at Karbala. Some also practice self-flagellation (matam). The tomb of Ḥusayn at Karbala is a very holy site for the Shiʿah. 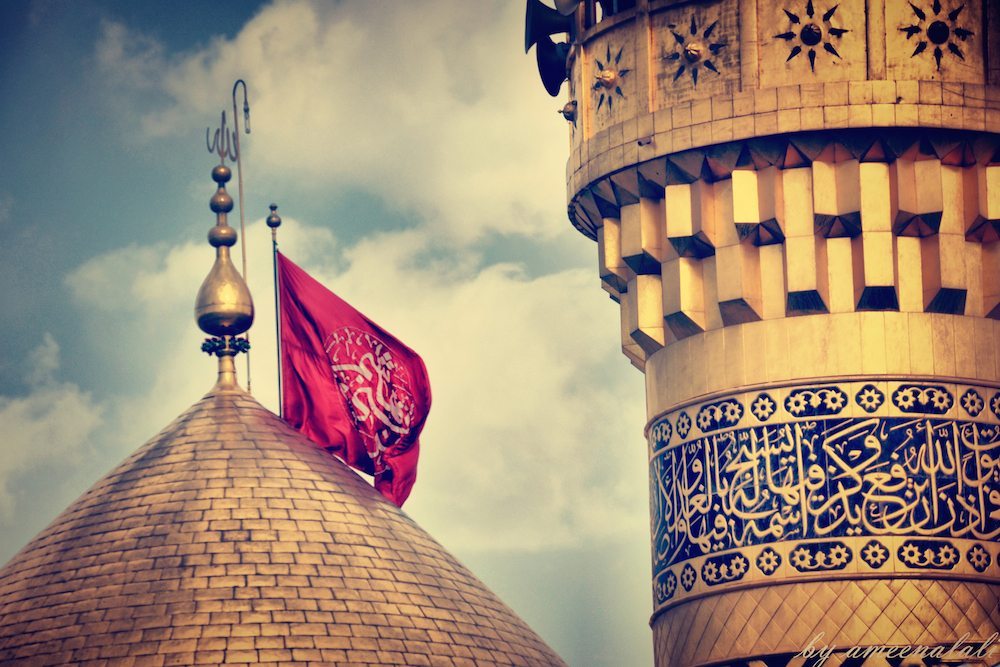 The Battle of Karbala was battled on 10 October 680 (10 Muharram in the year 61 AH of the Islamic schedule) between the military of the second Umayyad caliph Yazid I and a little armed force drove by Husayn ibn Ali, the grandson of the Islamic prophet Muhammad, at Karbala, Iraq.

Before his passing, the Umayyad caliph Muawiyah I had designated his child Yazid as his replacement. Yazid’s designation was challenged by the children of a couple of noticeable associates of Muhammad, including Husayn, child of the fourth caliph Ali, and Abd Allah ibn Zubayr, child of Zubayr ibn al-Awam. Upon Muawiyah’s demise in 680 CE, Yazid requested faithfulness from Husayn and different nonconformists. 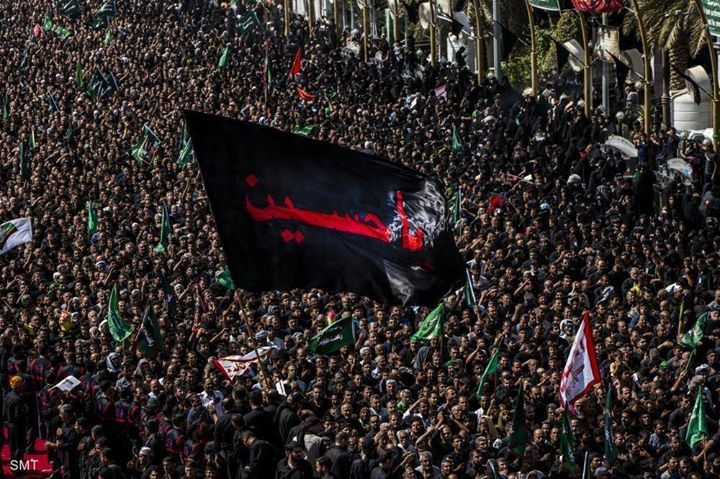 Husayn didn’t give faithfulness and headed out to Mecca. The individuals of Kufa, an Iraqi battalion town and the focal point of Ali’s caliphate, were opposed to the Syria-based Umayyad caliphs and had a long-standing connection to the place of Ali. They proposed Husayn oust the Umayyads. On Husayn’s approach to Kufa with an entourage of around 70 men, his troop was caught by a 1,000-in number armed force of the caliph at some good ways from Kufa.

He had to travel north and stay in the plain of Karbala on 2 October, where a bigger Umayyad armed force of 4,000 showed up soon subsequently. Arrangements fizzled after the Umayyad lead representative Ubayd Allah ibn Ziyad rejected Husayn safe entry without submitting to his power, a condition declined by Husayn. 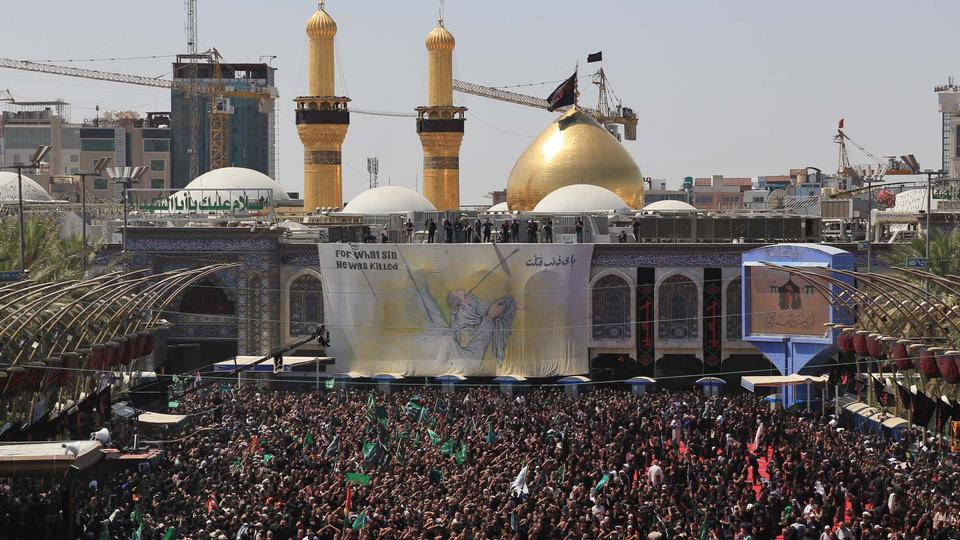 The Battle of Karbala resulted on 10 October during which Husayn was executed alongside the majority of his family members and colleagues, while his enduring relatives were taken prisoner. The fight was trailed continuously Fitna, during which the Iraqis sorted out two separate battles to vindicate the passing of Husayn; the first by the Tawwabin and the other one by Mukhtar al-Thaqafi and his supporters.

The Battle of Karbala excited the advancement of the favorable to Alid[a] party (Shi’at Ali) into a novel strict order with its own customs and aggregate memory. It has a focal spot in the Shi’a history, convention, and religious philosophy, and has every now and again been described in Shi’a writing. For the Shi’a, Husayn’s torment and demise turned into an image of penance in the battle for directly against wrong, and for equity and truth against foul play and lie. 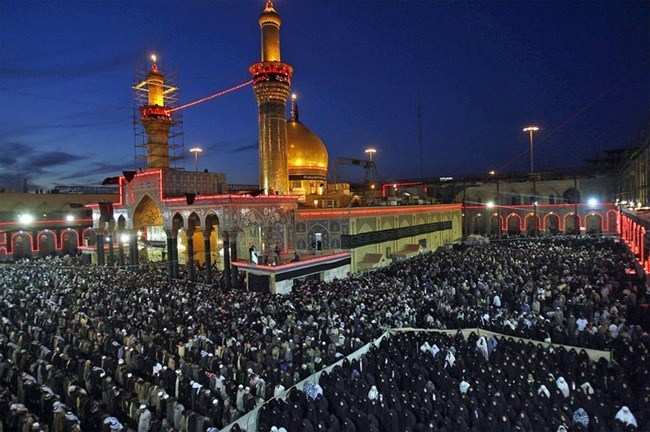 It likewise gives the individuals from the Shi’a confidence with a list of chivalrous standards. The fight is honored during a yearly ten-day time span during the Islamic month of Muharram by Shi’a, coming full circle on tenth day of the month, known as the Day of Ashura.

On this day, Shi’a Muslims grieve, hold open parades, sort out strict social event, beat their chests and now and again self-whip. Sunni Muslims in like manner view the occurrence as a chronicled misfortune; Husayn and his sidekicks are broadly viewed as saints by the two Sunni and Shi’a Muslims.

Muharram Virtues: There are certain days in the year which are more virtuous than others. One such day is the 10th of Muharram which is known as the day of ‘Ashura. Following are 10 virtues of this day found in the Qur’an and Sunnah: 1. It is in a sacred month Allah mentions in the […]