Muharram Horse: You may have noticed a holiday on the tenth day of Muharram, the day of Ashura, and wondered what significance this day must hold for the people who prepare and walk with their tazias (replicas of the mausoleum of Imam Hussain) and participate in processions, mostly adorning black with feet left bare. A closer glimpse at the congregation will reveal many sombre eyes, brimming with tears.

Though the reason may remain unknown to you, grief as the underlying fact stands uncontested. To dig deeper, let’s take a few steps back in history. In 680 CE, in Iraq, a military general named Hurr and his 1,000 horsemen were ordered to take Imam Hussain, the grandson of Prophet Muhammad, captive and restrict his movement towards Kufa.

When Imam Hussain encountered Hurr’s army, he noticed that his enemy’s caravan was parched and quite thirsty. Despite limited supply of water, Hussain ordered his men to quench the thirst of his rival’s army and also tend to their horses.

The confrontation started when Yazid I, the second Caliph of Umayyad Caliphate, the son of Muawiya, declared himself the ruler and demanded allegiance of loyalty from Imam Hussain. Hussain knew Yazid I was a tyrant ruler and despite knowing the consequences for himself and his family, Hussain rejected the proposal. Hussain said, “Someone like me, does not pledge allegiance to someone like him.” Then the inevitable happened and the battle became certain. 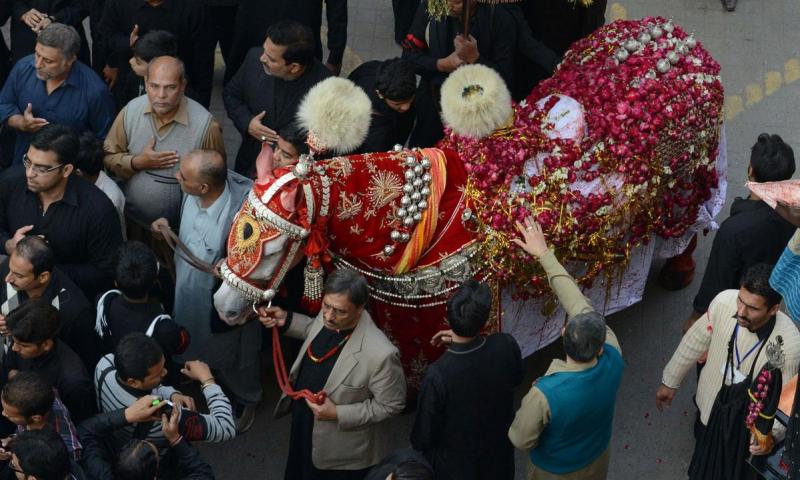 Supply of water from the river Euphrates was cut off by Yazid’s army to Imam Hussain’s camps. Knowing that they are well outnumbered against the mighty army of Yazid I, Hussain called his companions and followers, proposing before them the option to leave if they so desired.

However, unsurprisingly, not a single man left. Hussain then turned the night lamp off and asked his companions to leave again so that they don’t feel shy or embarrassed. Still, none left. Also Read – New Institutional Economics: Identifying social capital The Battle of Karbala was fought on October 10, 680 CE (10 Muharram in the year 61 AH of the Islamic calendar) between the army of Yazid I and a small army led by Hussain ibn Ali, the grandson of the Islamic prophet Muhammad, at Karbala, Iraq. Hussain’s men including Hussain himself and his six-month-old child were martyred on the day of Ashura, that is the tenth day of Muharram, and his women were taken captive. 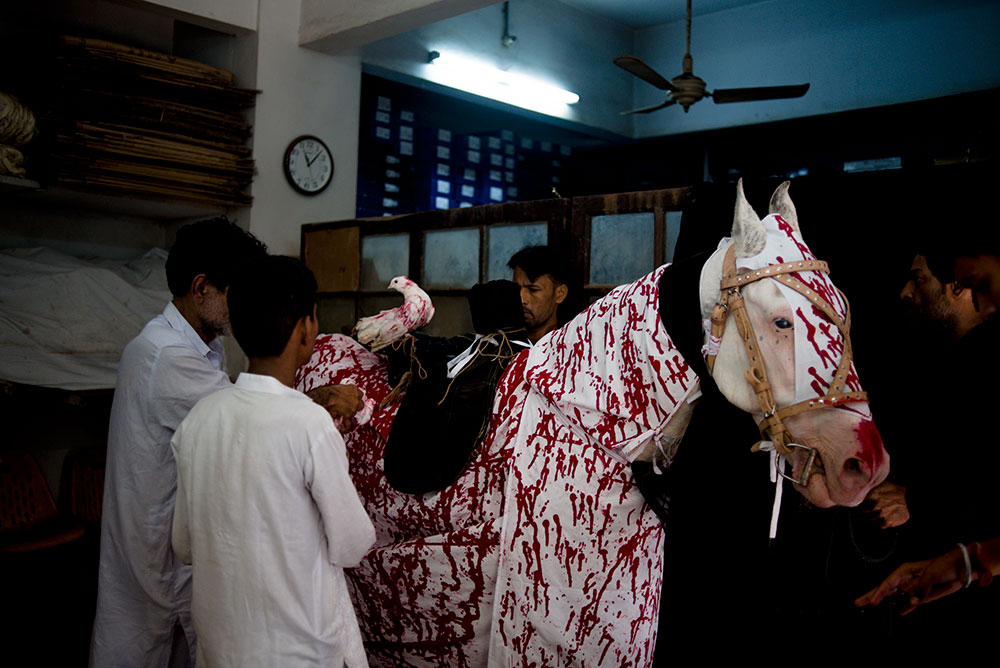 Zayn al-Abidin, the son of Hussain who was not given permission to fight due to illness, was the only male survivor from Hussain’s family. Since then, Hussain’s sacrifice is remembered and is widely mourned across the globe. Also Read – Valuation of ‘trust’ lockdown and social capital:

Big tazias are taken out on streets and a rhythmic narration of the tragedy of Karbala is recited by both men and women. On the tenth of Muharram, massive processions walk the streets, mostly barefoot, to reimagine Karbala (within their own city) and for the symbolic burial of tazias. Also Read – Reshaping relationships During the Mughal era too, Muharram was observed in Delhi with the emperor himself actively participating in rituals. In her book, City of My Heart, author and historian Rana Safvi elaborates upon how the emperors observed Muharram across different days leading to the tenth day of the month. As an excerpt from the book reads:

On the eighth day, the Badshah becomes Hazrat Abbas’s Saqqa, wearing a simple red cotton lungi and carrying a mashq (waterskin) of sherbet on his shoulder, which he distributes to children. Once he does that, he consecrates the maleeda (crumbled rotis with sugar). On the tenth day, called Ashura, fresh earthen cups called kooze are filled with milk and sherbet and a red thread is tied around their mouths. Earthen bowls filled with fresh halwa are kept for consecration.

Children come running to drink the sherbet and taste the halwa… Despite the passage of time and popularisation of technology, the essence of Muharram has remained sacred while its cultural significance has been enhanced by many folds. Now, zakirs (religious scholars) are widely heard on social media platforms and maintain a wide audience of dedicated followers. With Facebook Live, Twitter Live, YouTube and more – their reach has amplified to many more new corners and strengthened in older bastions.

The imambaras may have traversed the journey from traditional khus mats to modern-day expensive carpets – but the basic essence of these majlis remains untarnished. “Muharram also taught us discipline. As kids, we remember how we were told to maintain the decorum inside imambaras – sit quietly and listen to the learned scholars. Even now, I do make it a point to visit my homeland during Muharram whenever possible.

It carries such deep nostalgia that we have grown up with,” said Akbar Nawab, a resident of Lucknow, currently residing in the United States for research work. The white horse that one sees in Muharram processions is the replica of Imam Hussain’s horse named Zuljanah. The horse used in Muharram for making a replica of Zuljanah is often home-groomed. It is necessary that they are never used for rides, maintaining the required sanctity for observing the occasion. The food items distributed at the end of a majlis is called tabarruk.

With the passage of time, items featuring on the tabarruk menu too have changed. From traditional namakparas wrapped in small paper packets to expensive sheermaals in sophisticated khaki paper packing, today’s tabarruk has come a long way from its traditional counterpart. Sherbet too is distributed at sabeels (small cubicles serving drinks) on various days of Muharram. Not just Shias but Sunnis and even Hindus in various parts of the country today observe Muharram. Honouring Hussain and his ethos, large tazias are prepared in the courtyard and preserved for devotees.

Depending on their size, they are ceremoniously carried on the devotee’s shoulders or on wheeled carts to the locally-designated Karbala within the city and buried.

This also brings the communities closer. The message of Karbala stands stark even in today’s world: Come whatever may, one should never stoop down before injustice and tyranny. That is the reason why Imam Hussian, despite being martyred with his men, is still remembered across the world while the mighty Yazid’s name has quickly disappeared.

Muharram Beating: Muharram, or more specifically the 10th day of the month called Muharram, is when the ceremonial mourning takes place. It is considered to be the holiest month after Ramzan and one of the four sacred months in the Islamic calendar. Muharram is observed by Muslims across the world. Here are 9 things you […]