Muharram Fasting: Ibn Abbas (ra) said, “I never saw Allah’s Messenger (saw) so keen to fast any day and give it priority over any other than this day, the day of Ashura, and this month, meaning Ramadan” (Bukhari).

The blessings and benefits that come along with fasting are bountiful and our beloved Prophet (saw) wholeheartedly welcomed each of his fasts in Ramadan and Muharram, encouraging others to do the same. Everyone knows the rewards for fasting during the month of Ramadan, but it seems as though the motivation behind Muharram fasting on the ninth, tenth and eleventh of the month are lesser known. 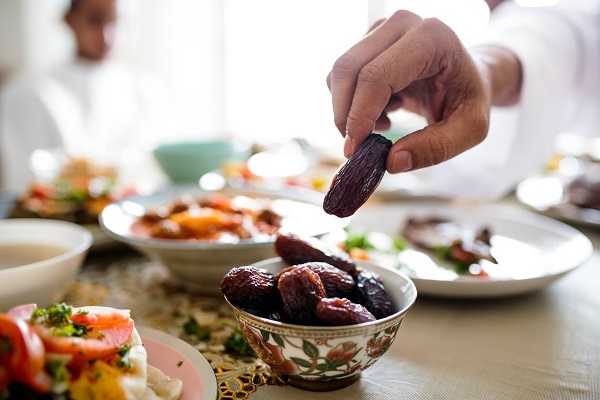 Unlike Ramadan, fasting on Ashura is not compulsory for any Muslim.

“The Messenger of Allah (saw) said: ‘The best of fasting after Ramadan is fasting Allah’s month of Muharram.'” (Muslim) The Prophet (saw) encourages us to take up a fast during Muharram, on the 9th and 10th (or 10th and 11th) days of the month. The Prophet himself fasted on the 10th, the day of Ashura, and had fully intended to take up a fast the following year on the 9th, but he passed away before he could.

Why We Fast on the Day of Ashura

The 10th day of Muharram, the day of Ashura, marks many important events in our Islamic history; it is a day of reflection and remembrance. Many of us observe this day by taking up a fast, but why?

On the day of Ashura, we remember the Prophet Musa (as), who freed the slaves in Egypt and escaped the clutches of the Egyptian tyrant when Allah (swt) defeated the Pharaoh and his soldiers by parting the Red Sea for them to cross into freedom.

Musa (as) fought oppression and spoke out against the false worship of the Egyptian Pharaoh, who claimed that he himself was divine.

Allah (swt) rewarded the Prophet Musa’s (as) steadfast belief and dedication by liberating him and the Children of Israel on the day of Ashura. Each year on this day, Musa (as) would fast as a way of giving thanks to Allah (swt) for this great liberation.

Al-Tirmidhi mentions that Ibn Abbass (ra) used to say that we should fast on two days to recognise our closeness to Musa (as) above others.

The Prophet’s (saw) grandson fought nobly for his innocent friends and relatives, bravely defending their dignity, and fell in battle protecting those he loved and the morality he stood for.

The 10th of Muharram is also the day that Nuh’s (as) ark landed on Mount Judiyy when the Great Flood subsided. The Prophet Nuh (as) warned his people to stop their worship of false idols and the sinful ways they had taken up, but they refused to listen to him, and in doing so refused the word of Allah (swt).

As a result, Allah (swt) told Nuh (as) to build an ark, gather pairs of every animal and bring his family and a group of loyal believers aboard it. Allah (swt) then brought about the Great Flood.

Nuh (as) fasted on the 10th of Muharram in thanksgiving for Allah’s (swt) Mercy and Blessings. On the day of Ashura, we remember his devotion to Allah (swt).

These momentous events all occurred on the 10th day of Muharram and many Muslims fast on the day of Ashura to commemorate the devotion of Musa (as), the death of Imam Hussain (ra), and the obedience of Nuh (as). The Prophet Muhammad (saw) fasted on the 10th of Muharram to honour Musa’s (as) dedication to Allah (swt) and to show devotion himself.

Muharram ul Haram Wallpapers: Muharram in Islamic History.Muharram is the First Month in Islamic Calendar.This Month is also called Youme Ashura.Â  All Muslims in the world remember the Great Sacrifice of Hazrat Imam Hussein (R-A) every year.This Islamic month is also related with many auspicious and sad events in Islamic history. Allah is made-up to have […]

Muharram In Iran : Over the past couple of years, Yazd, Meybod, Isfahan and Kashan were among the cities which hosted the highest numbers of foreign tourists on the ninth and the tenth days of Muharram (Tasua and Ashura) when the mourning ceremonies reach its climax. Travelers are welcomed in all places where Muharram rituals […]