Karva Chauth is one of the most significant festivals in the life of a married Hindu woman. Majorly celebrated in the western and northern parts of India, this day symbolizes the strength of the bond between a husband and wife. On this day, Indian married women keep a day-long fast for the well-being and longevity of their better halves that is concluded upon the sighting of the moon.

According to the Hindu calendar, this day falls on the fourth day of the Karthik month, every year. In 2020, Karva Chauth will be observed on 04th November (Wednesday). 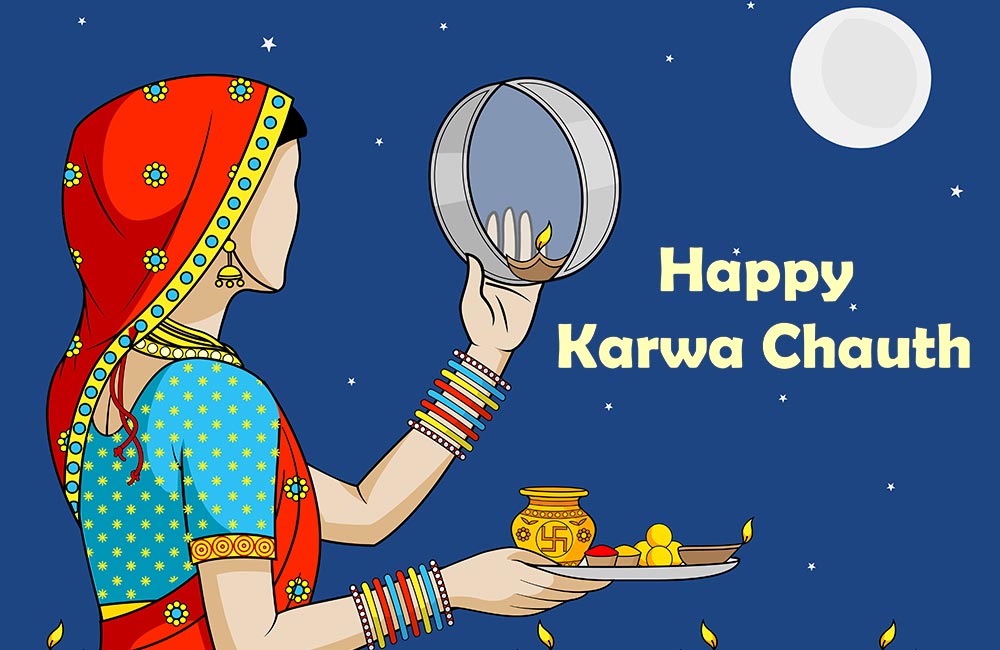 There are no official records revealing the exact origin of this festival. But there are multiple legends in Bhagwad Gita that date back the origin of Karva Chauth to the mythological period.

The most popular legend of all is the one of Queen Veeravati. The story goes that her seven brothers tricked her into breaking her first Karva Chauth by posing a mirror as the moon, out of the love they had for their sister. Soon after breaking the fast, Veeravati got the news of her husband’s death that left her devastated and she kept crying until a Goddess appeared and revealed the truth about what her brothers did. She asked Veeravati to complete the ritual, and then the Lord of Death, Yama, was forced to release the soul of her husband.

The Mahabharata connects this day to the time when Arjuna went to the Nilgiris, leaving the other Pandavas alone. They faced a lot of problems in his absence and to help them, Draupadi prayed to Lord Krishna who guided her to keep a fast for the well-being of her husbands. She followed all the rituals as per his instructions, and this helped Pandavas overcome all the problems.

There are many other legends about the origin of this festival including the one about a Pati-vrata woman named Karwa and of Satyavan and his wife Savitri. 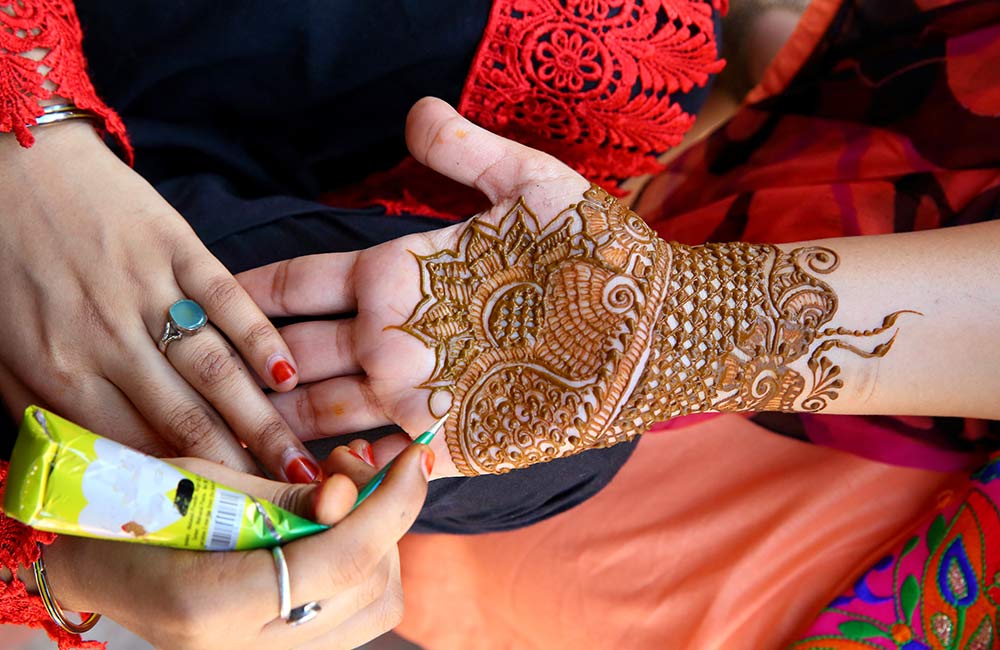 On this day, married women dress up like a bride and apply mehandi to honour the relationship with their husbands. They begin the fast with sunrise and consume no water or food throughout the day until the sighting of the moon. In the evening, they recite stories based on the origin of Karwa Chauth and pray. When the moon appears, they break the fast by offering water first to the moon and then to their husbands. The husbands then offer water and a sweet to their wives to break their fast.

Married women receive gifts from their in-laws and husbands as a token of love and prosperity. This day also calls for multiple festivities including family get-togethers. In some parts of India, unmarried women also fast on this day in the hope to get their desired life partner.

All over the world Hindus celebrate Diwali as the day of victory of forces light over the forces of Darkness. Diwali is the most important festival for Hindus. Sending Diwali messages and inspirational Diwali greetings to loved and dear ones is one of the most common traditions during Diwali – also known as Festival of […]

The Celebrations of Diwali is Incomplete without wishing people Happy Diwali. Wish your loved ones this Happy Diwali Quotes, Wishes, and Images, Messages. Diwali or Deepavali is one of the most significant festivals in India. It is celebrated across the length and breadth of the nation with much fanfare and enthusiasm. Diwali is one of […]

10 best Diwali decoration ideas The festival of lights is all about decorating and adding a festive touch to your homes. If you have been too caught up and are out of ideas, don’t worry. We have curated a list of 10 best decoration ideas that are sure to help you out and do wonders […]