Father’s Day is celebrated in India, the United States of America, and several other parts of the world on the third Sunday of June. This day was commemorated to complement Mother’s Day celebrations. On this day the bonds of fatherhood, the role of fathers in families and society, and paternal bonds are celebrated. The day was first proposed in 1909, and the first time it was celebrated was on June 19, 1910. Unlike India and the United States of America, European countries like Portugal, Spain, Croatia, and Italy, among others, celebrate Father’s Day on March 19. And for those boys and men who are yet to turn fathers, or don’t wish to at all, worry not, International Men’s Day is the annual international event which is celebrated on 19 November and is a celebration of all boys and men alike. 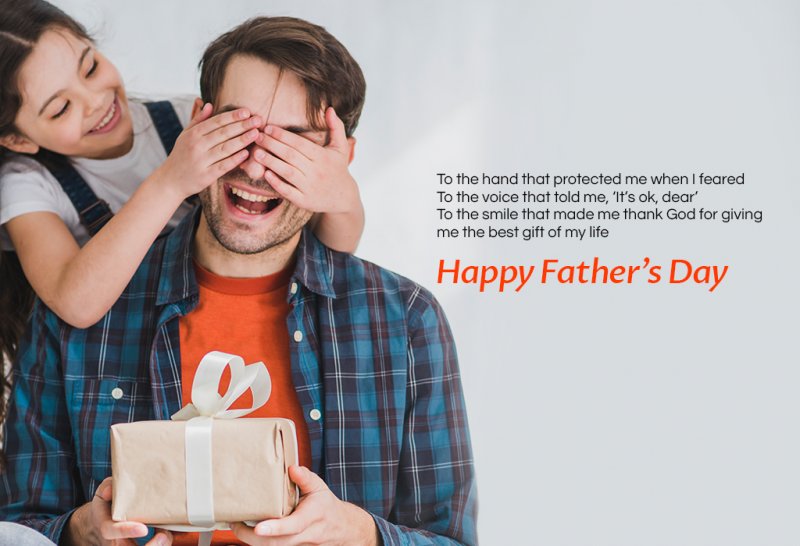 In India, we maybe not as friendly with our fathers as we are with our mothers, especially since most Indian fathers assume a rather strict role. However, Father’s day is the perfect occasion to break the ice and to get a little more pally and familiar with your father, if not now, then when? Here are some great quotes and sayings that will help you convey your appreciation for your father to him in not so many words, and make your father feel appreciated.

“A daughter needs a dad to be the standard against which she will judge all men.” — Gregory E. Lang, Author

“Being a daddy’s girl is like having permanent armor for the rest of your life.” — Marinela Reka, Poet

“You gotta love dads. At my wedding, when I tripped on my wedding dress and fell flat on my face, Dad said, “Don’t worry, you’ll do better next time.”” — Melanie White, Designer

“No man stands taller than when he stoops to help a child.” — Abraham Lincoln

“He adopted a role called being a father so that his child would have something mythical and infinitely important: a protector.” — Tom Wolfe, Author

“The nature of fatherhood is that you’re doing something that you’re unqualified to do, and then you become qualified when you do it.” — John Green, Author

“The imprint of a father remains forever on the life of the child.” — Roy Lessin, Teacher

“By the time a man realizes that maybe his father was right, he usually has a son who thinks he’s wrong.” — Charles Wadsworth, Pianist

“[My father] has always provided me a safe place to land and a hard place from which to launch.” — Chelsea Clinton

“Dads are like chocolate chip cookies; they may have chips or be totally nutty, but they are sweet and make the world a better place, especially for their children.” — Hillary Lytle, Writer

“What a father says to his children is not heard by the world, but it will be heard by posterity.” — Jean Paul, German Writer

We found the best tech gifts for Father’s Day to impress dads of all ages and stages, and if you’re really lucky, maybe he’ll share. Tech gifts for dad he’ll treasure If he’s the type known to tinker with cool gadgets, the most up-to-date electronics, and anything with a bit of power running through it, […]

Father’s Day is the perfect chance for you to return the love you receive from the father figure in your life on a daily basis. On the third Sunday in June, make sure to thank your father or honorary dad for all he’s done for you. Send him a cool gift and write him a card that […]

Let’s just say it: dads always get the shaft when Father’s Day rolls around.  Why? Well, for one, dads aren’t supposed to be open about their love for gifts. Your mother can email you a wish list of things she wants for Mother’s Day, but dads are supposed to be reserved when it comes to their own holiday. […]