Halloween Facts: Halloween is a celebration of all things spooky, and in the United States, it’s surrounded by a few odd traditions like trick-or-treating and pumpkin carving. Here are a few interesting facts about how some of today’s practices got started as well as other fun tidbits about the unique holiday.

1. “Jack o’lantern” comes from the Irish legend of Stingy Jack 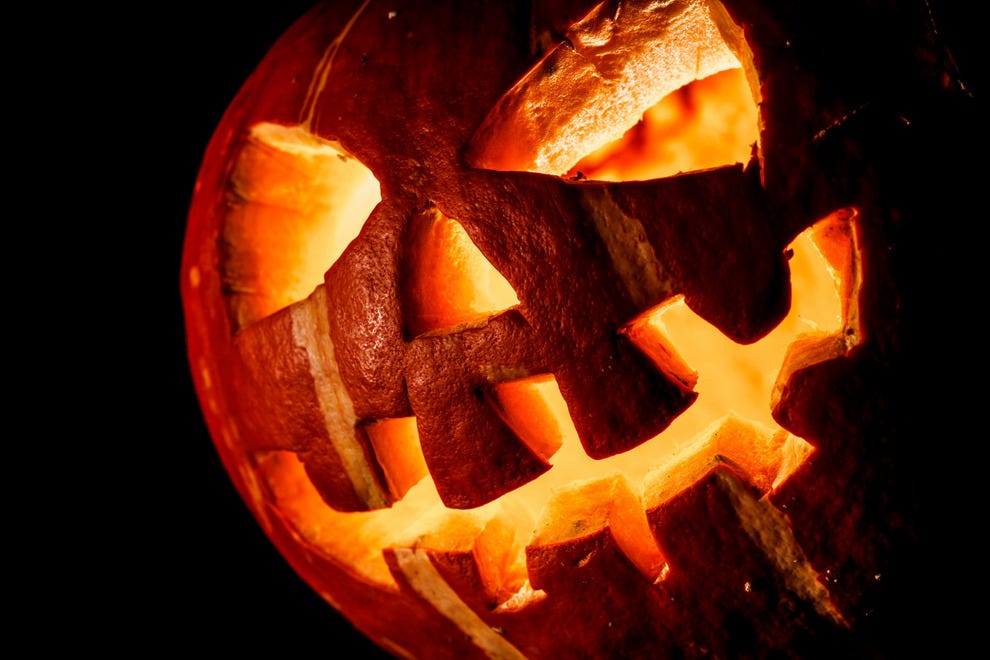 Legend has it that Stingy Jack invited the devil to have a drink with him, but Jack didn’t want to pay for the drink, so he convinced the devil to turn himself into a coin. Instead of buying the drink, he pocketed the coin and kept it close to a silver cross in his house, preventing the devil from taking shape again.

He promised to let the devil go as long as he would leave Jack alone for a year – and that if Jack died, the devil wouldn’t claim his soul.

After a year, Jack tricked the devil again to leave him alone and not claim his soul. When Jack died, God didn’t want such a conniving person in heaven and the devil, true to his word, would not allow him into hell.

Jack was sent off into the night with only a burning coal to light his path. He placed the coal inside a carved-out turnip and has been roaming the earth ever since.

People in Ireland and Scotland began creating their own creations of Jack’s lanterns out of turnips, beets and potatoes. The tradition traveled to the United States along with the immigrants and people began to use pumpkins, native to North America, for the lanterns instead. 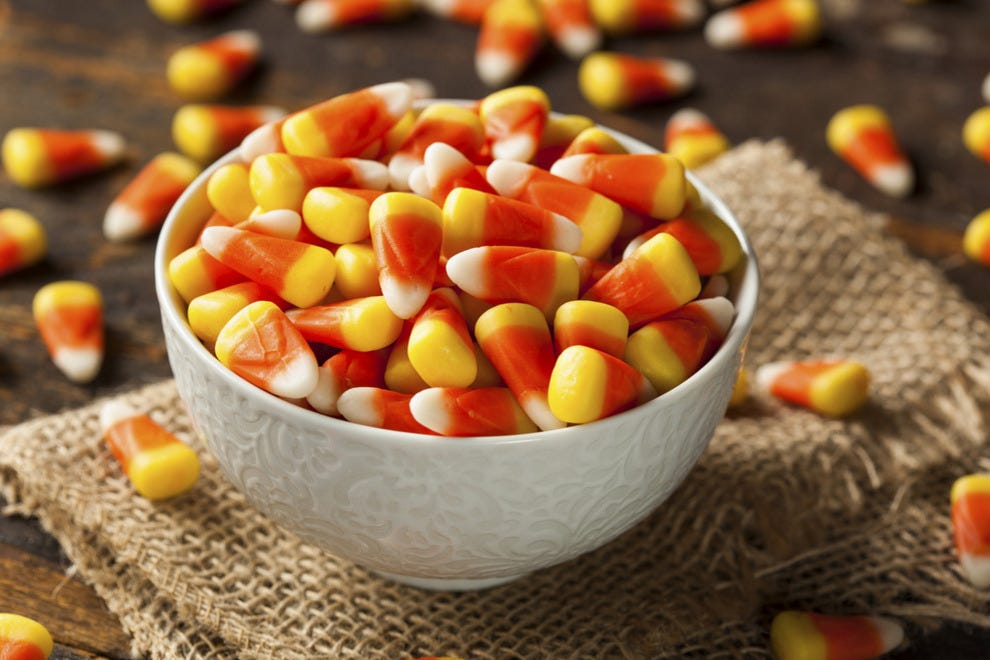 Though many would argue that candy corn tastes like chicken feed, that’s not how it got its original name. Created in the 1880s by George Renninger, it was sold to the masses by Goelitz Confectionery Company (now Jelly Belly Co.) at the turn of the century.

Because corn is what was used to feed chickens, the creation was called “Chicken Feed” and the box was marked with a colorful rooster.

Stories of haunted travel that are scarier than overbooked flights 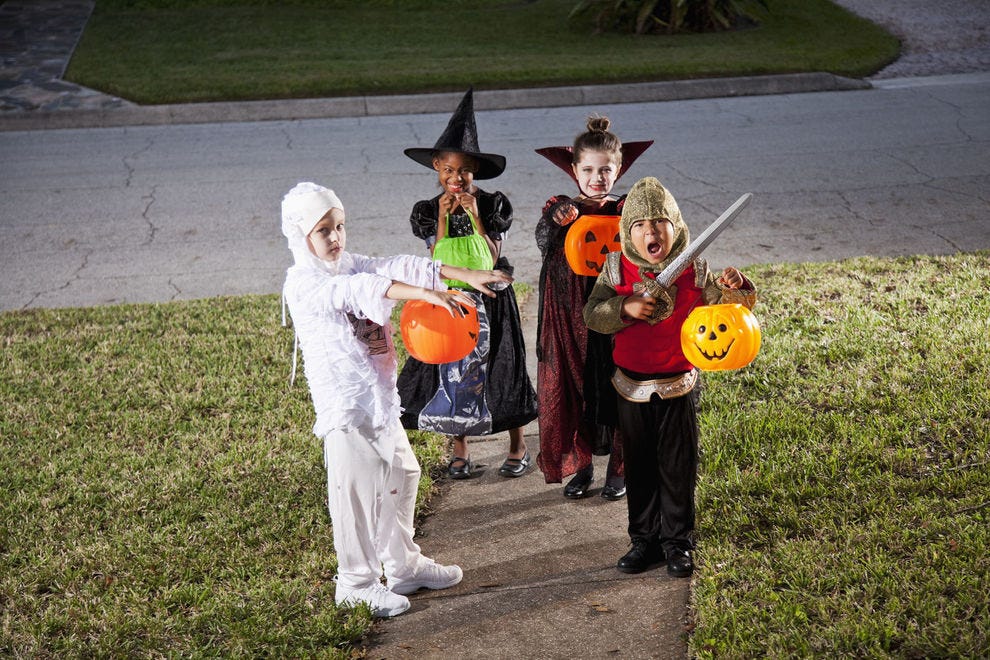 Having children dress up in costumes and go door-to-door like little beggars demanding treats is kind of weird. Like several other Halloween activities, the tradition can be traced back to the Middle Ages and the rituals of Samhain.

It was believed that phantoms walked the earth on the night of Samhain, so people would dress up in costumes in an effort to repel the spirits.

As the Catholic Church started supplanting pagan festivals with their own holidays (like All Souls’ Day), the act of souling became popular, and poor children and adults would go door-to-door dressed as spirits accepting food in exchange for prayers. 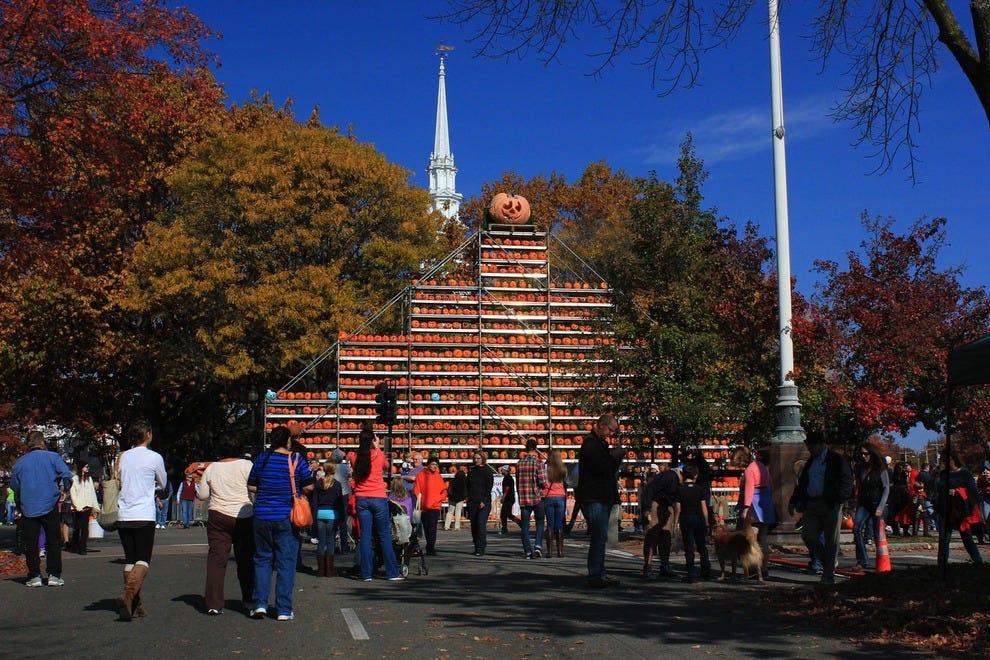 According to Guinness World Records, the highest number of lit jack o’lanterns on display is 30,581 by the City of Keene, New Hampshire in 2013. Keene, represented by Let it Shine, has broken the record 8 times over since the original attempt. That’s a whole lot of pumpkins!

5. Halloween folklore is full of fortune-telling and magic 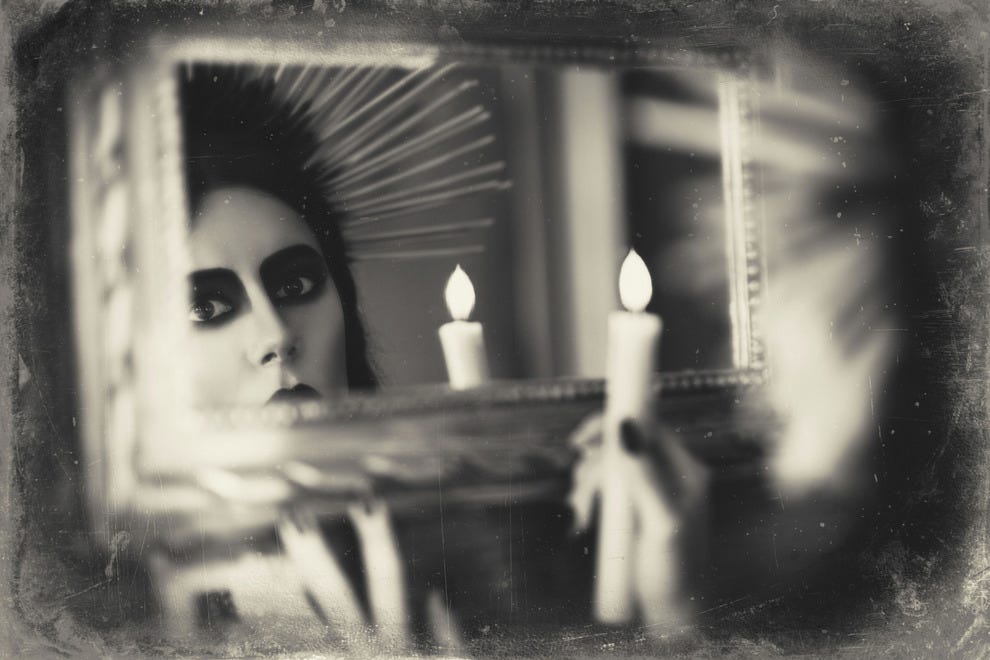 Old English folklore about Halloween is full of superstition and fortune-telling that still lingers today, like bobbing for apples or avoiding black cats. One piece of folklore says that if a young unmarried person walks down the stairs backwards at midnight while holding a mirror, the face that appears in the mirror will be their next lover. 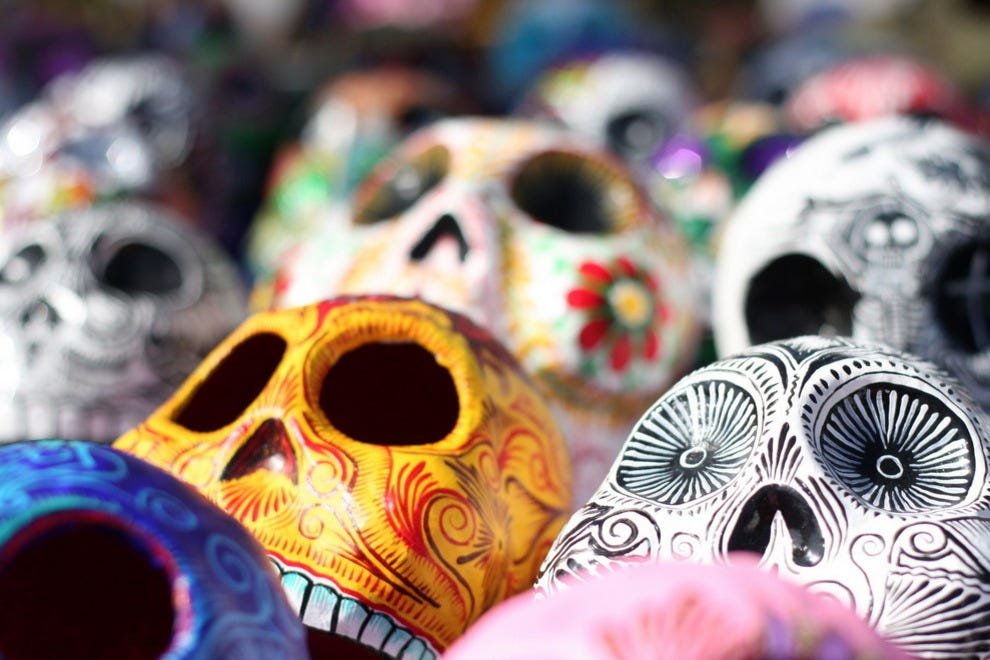 Calavera, or decorative skulls, for Day of the Dead — Photo courtesy of iStock / corey mckenna

The original Aztec celebration actually lasted a month long, but when Spanish conquistadors came over to Mexico in the 16th century, they merged the festival with the Catholic All Saints’ Day. Today’s celebration is a mix of both Aztec rituals of skulls, altars to the dead and food with Catholic masses and prayers. 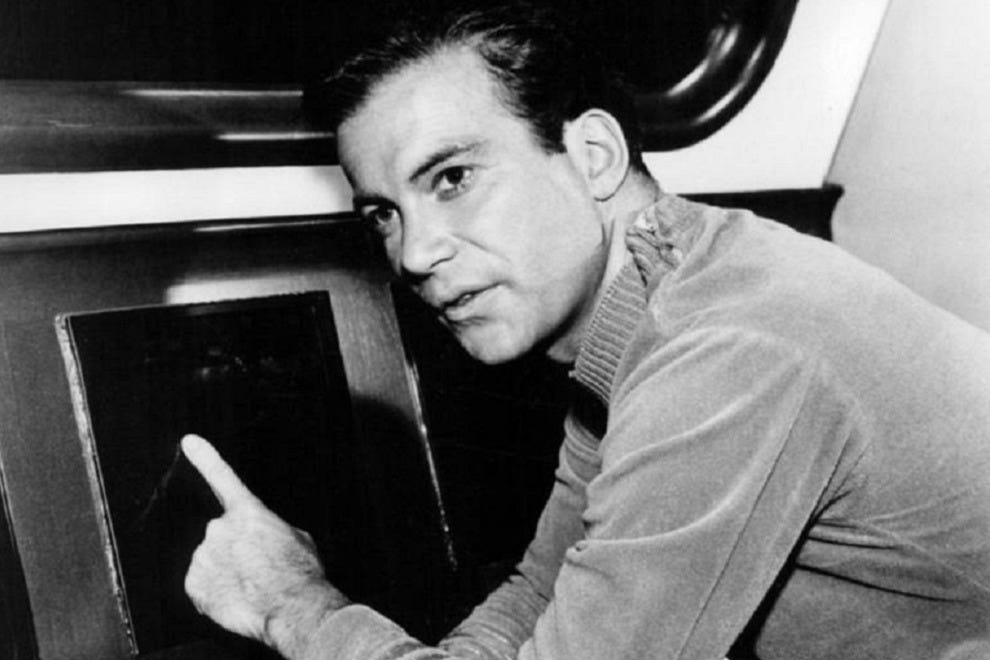 The classic 1978 horror film “Halloween” can be easily recognized in just one image: the psychotic Michael Myers in his iconic pale-faced mask. Without a doubt, it’s one chilling look that has struck terror into the hearts of partying teens in slasher flicks.

The movie was actually filmed on such a tight budget that the crew used the cheapest mask they could find: a $2 Star Trek Captain James Kirk mask. They spray painted it white and reshaped the eye holes, making William Shatner look incredibly creepy. 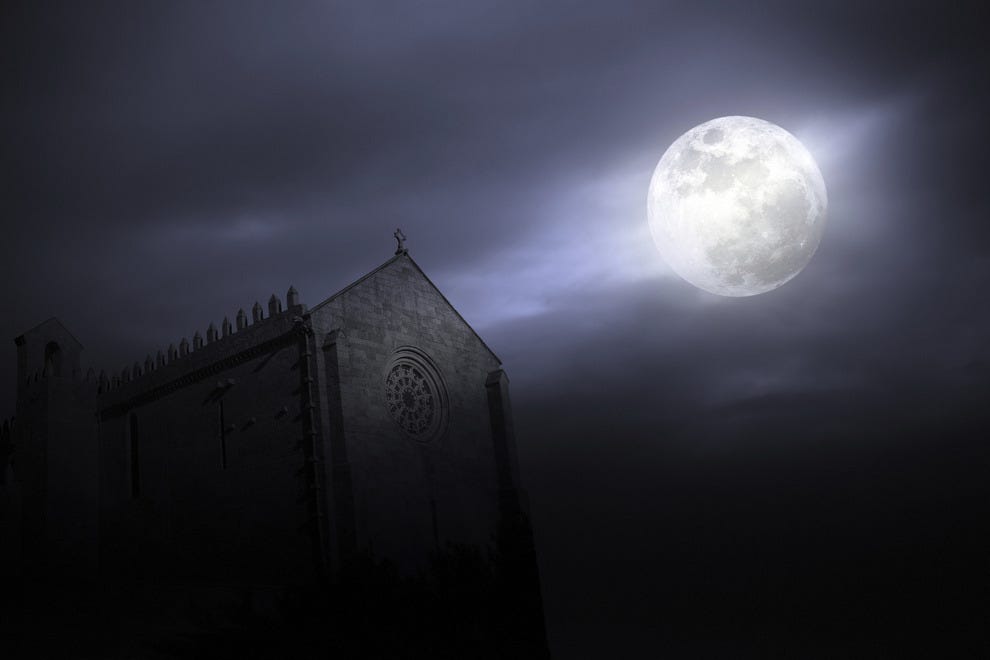 According to History.com, the Halloween we know today can trace its roots back to the ancient Celtic end-of-harvest festival of Samhain. During Samhain, people would light bonfires and wear costumes to ward off evil spirits. 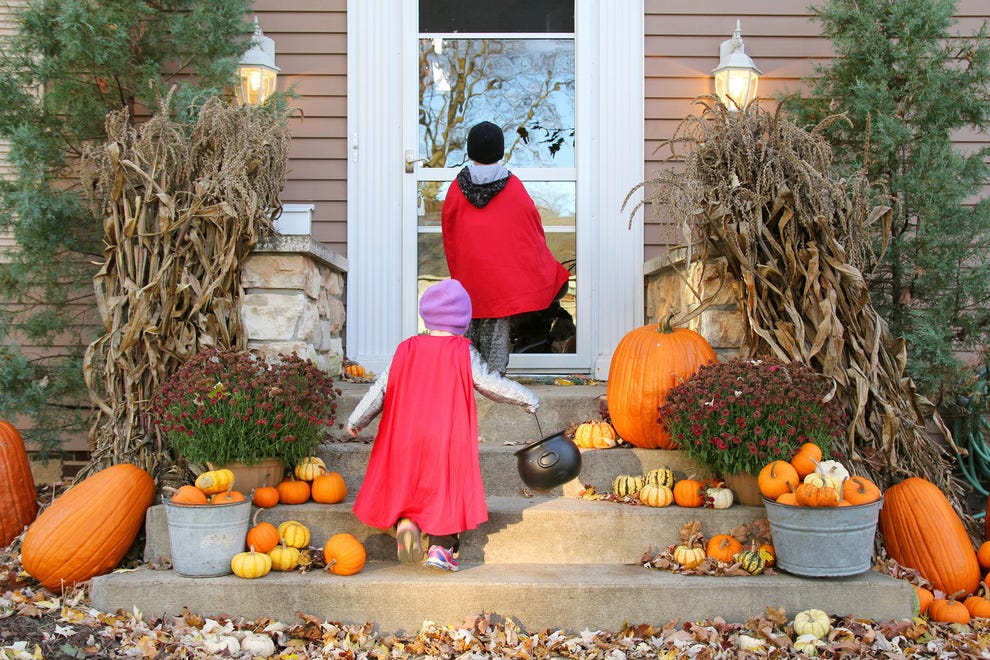 The night before Halloween, young children in Des Moines hit the streets for Beggars’ Night. According to an article in the Des Moines Register, the event began around 1938 as a way to prevent vandalism and give younger children a safer way to enjoy Halloween.

Beggars’ Night is very similar to regular trick-or-treating, except kids are required to tell a joke, poem or perform a “trick” for a treat. The best part? The jokes are notoriously groan-worthy like, “If April showers bring May flowers, what do May flowers bring?”

10. The White House is haunted 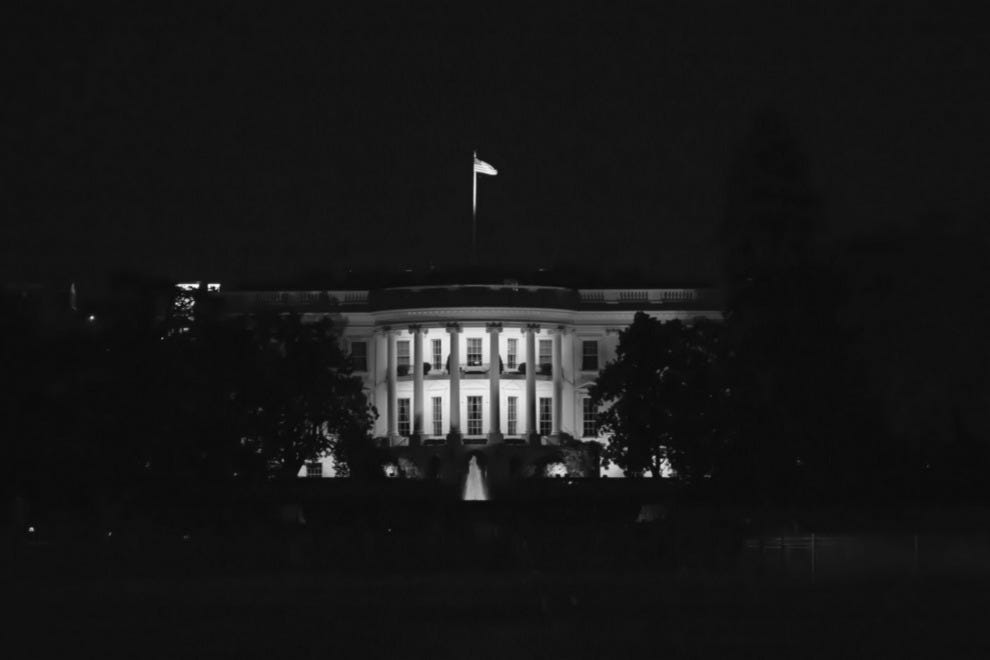 The United States’ most famous address has had several reports of ghostly appearances and eerie sounds – and that’s not even including election years! The most common ghost sighting is of Abraham Lincoln who has been spotted by First Lady Eleanor Roosevelt, Queen Wilhelmina of the Netherlands and Sir Winston Churchill. Other paranormal guests include Andrew Jackson, David Burns and Abigail Adams

Halloween Activities Delight your little ghouls and goblins with these spook-tacular Halloween games, crafts, and activities for the classroom. Your students will be so distracted with their wickedly wild fun that they won’t even realize that they’re also learning. 1. Make ghost bombs. Do a little spooky science with these exploding ghost bombs. The main […]

Halloween Jokes For Kids: Do you know about my obsession with (awesomely funny) lame dad jokes? You know – the sort of jokes that make everyone laugh out loud, whilst simultaneously rolling their eyes? I love them! So I’ve gathered 48 of my favourite, kid-friendly, spooky jokes. I originally collated this list for JJ’s Spooky […]

The 105 Funny and Scary Halloween Quotes

It is the time of the year again where they said that the dead spirits visits the world of the living. Remember the story of the white ladies? How about the vampires and other ghost stories your mother is always telling? Well, whether it is true or not everyone should be careful now and then. […]