Halloween Attractions 2021: If Halloween is one of your favorite holidays, you might want to plan a trip around one of these attractions. These spooky sights are said to be among the most terrifying in the United States, and in some cases, the entire world.

To say that 2021 is going to hit attractions operators hard is an understatement. Haunted houses are going to be particularly difficult to run considering the nature of their operations. Those that are able to pivot and make the best of the situation will stand out from the rest. For example, we believe drive through haunted houses may become very popular this season.

The Queen Mary is known as one of the most haunted sites in the world. Strange happenings have been reported throughout the ship – and to add to the terror, around Halloween you can hop aboard and experience seven frightening mazes. A new maze, opening up in 2019, has all hands on deck as a massive wave has hit the Queen Mary. It’s been completely turned on its side and is in danger of sinking. It’s up to the Captain to lead all souls aboard into a watery grave, and thrill-seekers can explore six terrifying mazes, enjoy nightly entertainment, secret bars and exciting rides.

The West Virginia State Penitentiary held inmates from 1866 until its closure in 1995. It was well-known for its poor conditions, overcrowding and abuse of inmates. The Gothic-style prison was also the site of countless executions, by electric chair and hanging as well as multiple murders. For the Halloween season, the facility hosts the Dungeon of Horrors, where visitors are introduced to one of the scariest places behind bars. You’ll experience the fright of being locked in a cell, the fear of being lost in a maze, and the terror of walking through the dungeon of horrors. In addition to the Halloween tours, you can also book a Ghost Adventures Tour, in which you and your group can enjoy a 90-minute tour, then stay on your own until morning. 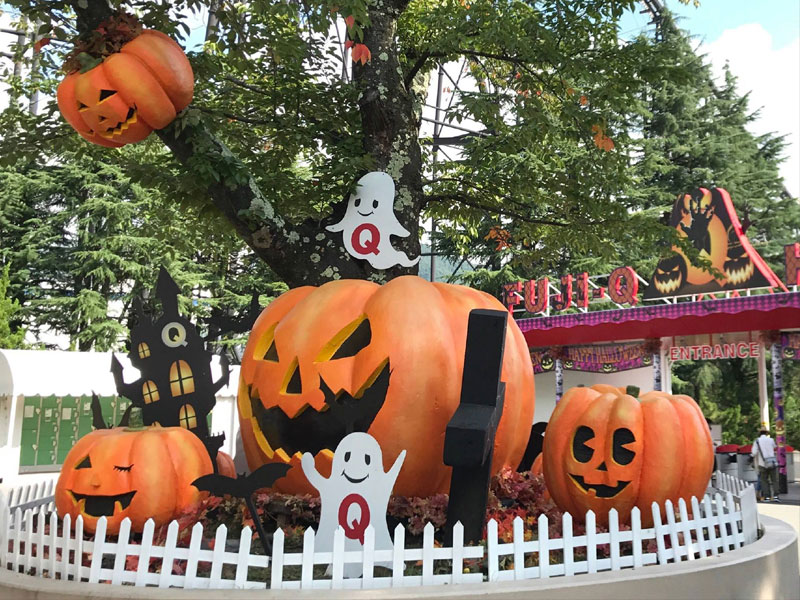 This list wouldn’t be complete without mentioning this notorious Halloween experience. If you’re up for a trip to Japan, head to one of the world’s most unique horror experiences at Fuji-Q Highland Amusement Park. You won’t be led down a predetermined path, you’ll wander around as you wish. Themed as an abandoned hospital building, its walls hold all sorts of terrifying surprises. The attraction is centered around a story where the doctors decided to harvest and sell organs, but the ghosts of the patients returned and murdered them. It’s so scary that they had to post “help stations” throughout for those who become too overwhelmed and want an immediate escape from the horror. 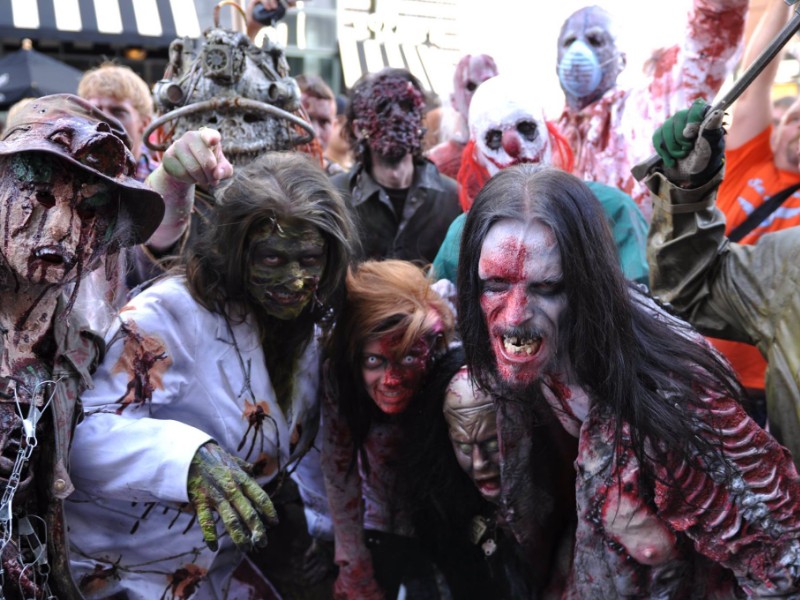 The Asylum Haunted House in Denver, Colorado is not for anyone prone to nightmares. This is a 30-minute tour through “Gordon Cottingham’s Hospital for the Mentally Insane,” where the relentless creatures that haunt it will follow you throughout, meaning you’ll be surrounded by crazies the entire time, some of which will startle you from behind while you hear the endless screams of the tortured souls. The highlight, or the most terrifying room, may be the one that’s completely dark, and filled with angled pillars that you’ll have to navigate as ghosts appear out of black nothingness. 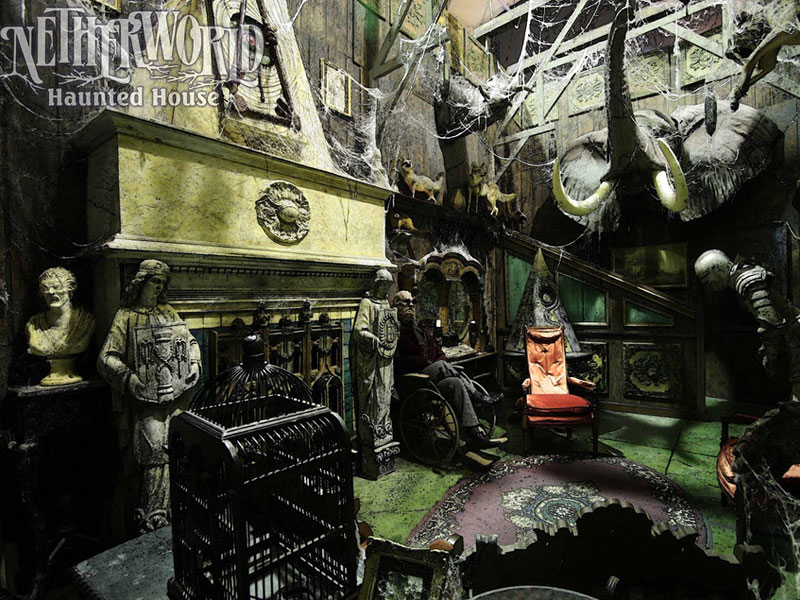 This long-time Atlanta attraction has been terrifying visitors for two decades and has been featured on CNN, the Travel Channel and countless other media outlets because of its chilling attention to detail. Owned by television and movie pros, the costumes, makeup and acting are incredibly realistic. It hosts two walk-through haunted houses staffed with 100 actors and is probably unlike anything you’ve ever experienced. 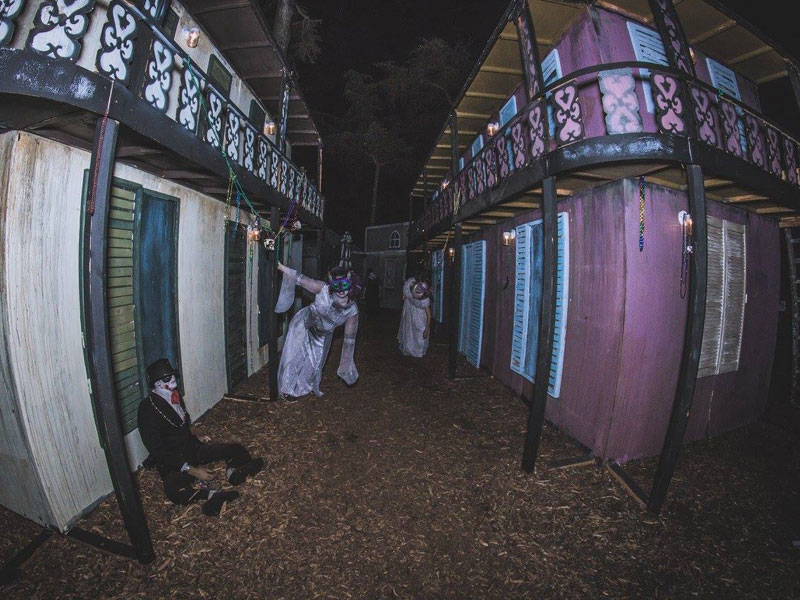 One of Southern California’s scariest, the Haunted Trail takes over San Diego’s famous Balboa Park with a mile-long nightmarish walk through the woods. You’ll stroll through gnarled oaks and twisted pines in a maze that’s so disturbing you’ll probably wish you’d never entered. The freak-infested terror includes incarcerated lost souls that stalk your every move – and, you’ll be tasked with finding your way out before you end up becoming one of their “experiments”. 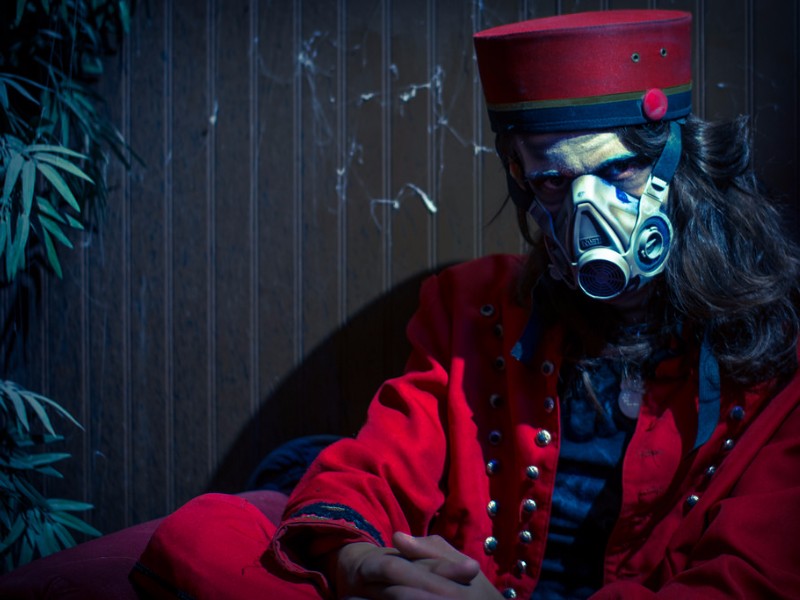 In many buildings, there isn’t a 13th floor, it’s completely skipped, with floors going straight from 12 to 14, due to the superstitions surrounding the No. 13. Legend has it that these buildings actually do have a 13th floor, but it can’t be accessed because the souls of the dead live there. That’s the theme of Phoenix’s 13th Floor Haunted House, the largest of its kind in the city. It’s described as a ‘visceral manifestation of humanity’s most crippling fears” where the walls will “bring to your knees in terror as you encounter ghastly humanoids, deranged clowns and maniacal beasts – each determined to torment your mind and soul.” 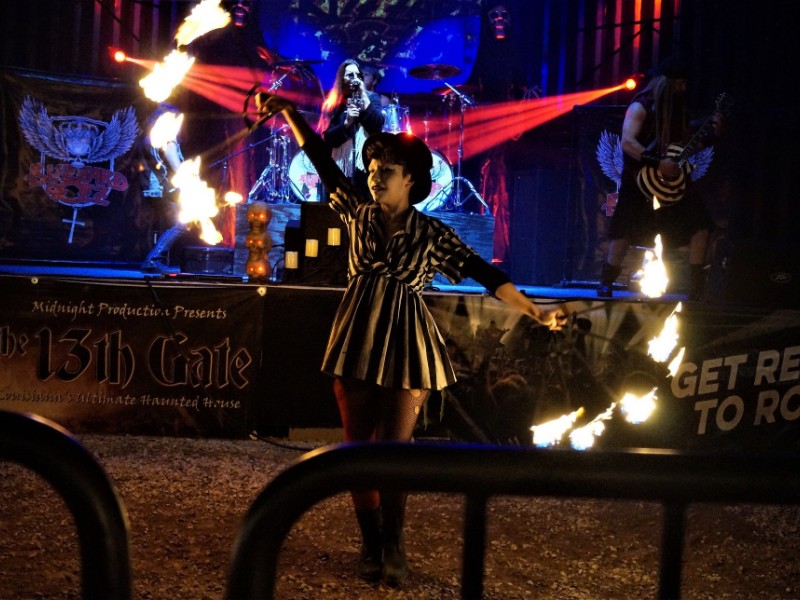 This Baton Rouge attraction is also up to movie quality horror. The massive 40,000-square-foot haunted house features underground tunnels, a real snake swamp, and a prehistoric ice cave. It also has its own New Orleans-style cemetery, The Necropolis, that hosts voodoo shows, zombies, and more. Guests must pass through it to reach the attraction’s exit and every year they come up with something new and more frightening, like being forced to wade through a flooded sewer full of Jack the Ripper victims.

Believe it or not, a drive-through haunted house is already scheduled to open in Japan on July 4! Haunted house design company Kowagarasetai has created a haunt where guests sit in their car and the zombies come to you.

Technically, it’s a haunted garage, but I suppose that’s splitting hairs. Legend has it that if you show up to this garage and honk your horn three times, it awakens the spirits within. Guests must stop their car and turn off the engine for zombies to attack for safety purposes.

Considering being in your car is a great protectant from a virus, this serves as a great way to “social distance” from zombies. On the other hand, is a virus what you’re really worried about when you have someone coming after your brain?

Easily the best part of this drive through haunted house in Japan is the add-on experience. If you sign up for certain times and sign the waiver, you can have the zombies leave a unique and custom “souvenir” on your car to drive around town in.

Group Halloween Costumes to Rock With Your Friends This Year

Halloween Animatronics Quotes Halloween only rolls around once each year, but it can be celebrated for an entire month through store-bought or last-minute Halloween costumes, must-watch Halloween movies on Netflix, Halloween quotes or sayings, and more. As soon as October arrives, it’s time to break out the pumpkin spice everything and lean into spooky, funny, Halloween-ready movies and […]