Montevideo, Mar 26 (Prensa Latina) The Uruguayan Government said on Wednesday that 28 new patients tested positive for SARS-Cov-2 coronavirus, which causes Covid-19, so the total number of cases rose to 217.

From that total, four patients are in an intensive care unit, two in intermediate care and six in an inpatient ward, according to a communiqué from the National Emergency System (Sinae). The source added that 320 tests were performed on Wednesday, and the departments with confirmed cases were Canelones, Colonia, Flores, Maldonado, Rocha, Salto and Soriano.

Meanwhile, the Foreign Ministry reported that some 1,000 Uruguayans that were stranded in several countries returned home as part of operation ‘Everybody at home’ to repatriate them.

In light of the health emergency affecting the country, the National Army offered the infrastructure of the Intendance Service of that force to make 20,000 masks in 20 days.

Covid-19 struck 44 guests at a glamorous wedding after a designer attended despite having had a fever and just arriving from Spain.

It was supposed to be a highlight of the social season in the Uruguayan capital, Montevideo: but a glamorous wedding celebration in the upmarket neighbourhood of Carrasco has gained a different kind of notoriety after it emerged that 44 guests contracted the coronavirus at the party. 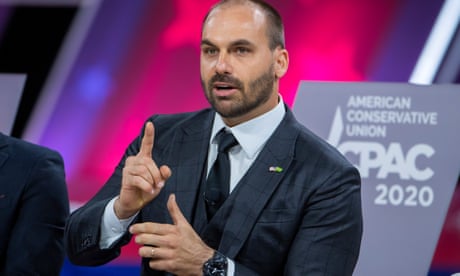 Uruguay has been disproportionally hit by the Covid-19 pandemic. While its nextdoor neighbour Argentina (population 45 million), has registered 97 cases, Uruguay (population 3.5 million) has seen confirmed cases leap from four on 12 March to 79 on Wednesday, with another 392 suspected cases.

That explosive growth can reportedly be traced back to a Montevideo socialite who decided to attend the 500-guest wedding on 7 March just hours after arriving from Spain.

Fashion designer Carmela Hontou, 57, has defended her decision to attend the party, adding that she also had lunch with her 84-year-old mother upon arrival and went to another lunch the next day “where there were also a lot of people”.

Asked by a reporter if she didn’t consider it unwise to mingle in large crowds having just arrived from Spain, Hontou answered: “That’s ridiculous! Plus, do you know how many people came on that plane?”

In the same interview Hontou revealed that, on a previous trip to Madrid this January, she developed fever and called a doctor. “I couldn’t even talk, I had 41 degrees of fever,” she told the Argentinian news website Infobae. “I brought the subject up with the doctor [coronavirus] but he paid no attention.”

She also told Infobae that she was concerned enough about the virus that on her next trip on 22 February she descended from the plane in Madrid wearing a face mask.

Hontou expressed surprise at the reaction against her.

“They are saying I’m a terrorist who brought the virus to kill everyone,” she told Infobae.

She may face legal charges under article 224 of Uruguay’s penal code regarding “the spreading of contagious diseases”, according to press reports. State prosecutors are also reportedly investigate her sons, who have allegedly been visiting their mother, breaching quarantine rules.

Neighbouring Argentina is also having trouble convincing some of its citizens of the risks posed by failing to self-isolate. 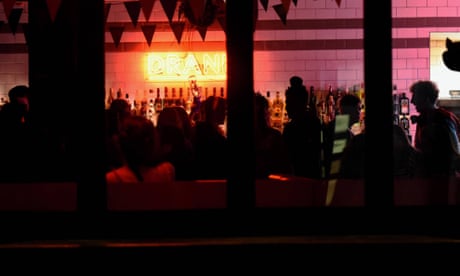 Argentina’s government has mandated a two-week leave of absence for non-essential jobs, but instead of staying at home, thousands of people have rushed to the beach to take advantage of the last few days of Argentina’s summer.

In an attempt to enforce quarantine, security forces have thrown up highway checkpoints and all long-distance flights, trains and buses are being cancelled starting on Friday.

“We don’t want you to come,” tweeted Martín Yeza, the mayor of Pinamar, a major beach resort. “The protocols for isolation and quarantine have to be respected.”

At least one Italian tourist faces expulsion after being caught breaking the mandatory two-week quarantine for arrivals from Europe.

“We’re being very strict, we won’t put up with this,” said Florencia Carignano, the head of the Argentinian migration service.

Argentina registered its highest single-day rise in reported coronavirus cases so far on Wednesday, with 19 new cases – most of them recent arrivals from Europe. Three people have been killed by the virus so far.

Should the trend continue, President Alberto Fernández said that he intends to impose a full, nationwide mandatory quarantine.

So far testing in Argentina has only been carried out at a single government laboratory in Buenos Aires, but the government is now studying the possibility of authorizing 35 laboratories to conduct tests.

Uruguay has suspended classes for two weeks, closed shopping malls and suspended the arrival of flights from the US and Europe.

But the country – the only nation in South America to have legalized abortion and marijuana – has not yet imposed a nationwide quarantine, although the government is facing calls from the national doctors’ union for a lockdown to contain the spread.

A new coronavirus disease is spreading rapidly around the world, officially declared a pandemic by the World Health Organization on March 11. More than 190,000 people have been infected and the death toll is over 7,500 people. The numbers are increasing daily, and the disease seems to be cropping up in many more places. Coronavirus Pakistan Under Investigation […]