Columbus Day Spain: The 12th of October, Da de la Hispanidad, is a national holiday in Spain that commemorates the date when Christopher Columbus first set foot in the Americas in 1492.

Also known as Columbus Day or ‘Discovery Day’, Hispanic Day celebrates the union between Spain and Spanish-speaking Latin America, but has received considerable compensation from various sectors both in Spain and in Latin and North America. 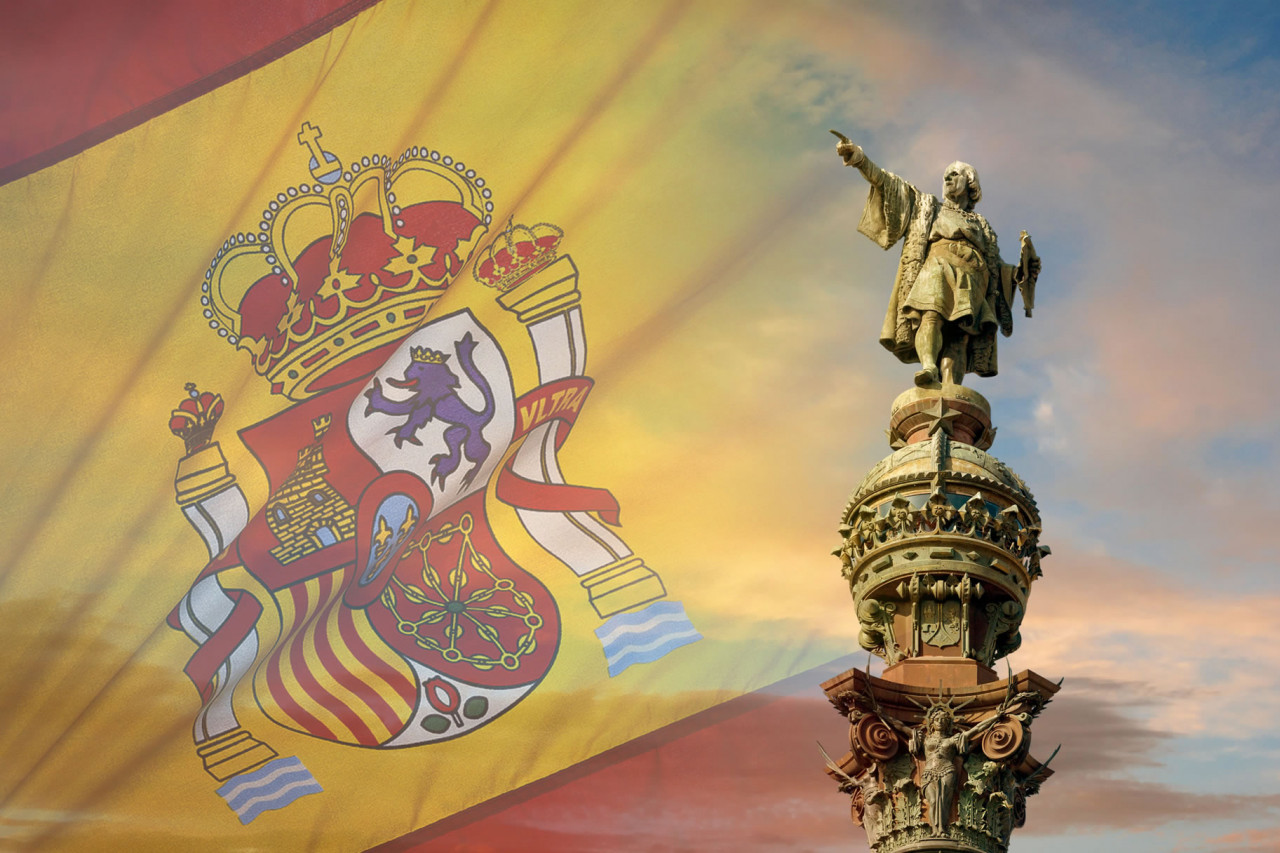 Some variations of the name have been made to take the focus off the “discovery” that some see as a genocide. The 12 October is known as Discovery Day in the Bahamas, Day of the Cultures in Costa Rica, Day of the Race in Argentina, Chile and Mexico, and Day of Indigenous Resistance in Venezuela.

Hispanics are descendants of nations that emerged from the Spanish Empire, a family of nearly 400 million people united by a common culture, language, and history.

Hispanic Day is one of Spain’s biggest national holidays and events are broadcast on national television and radio. 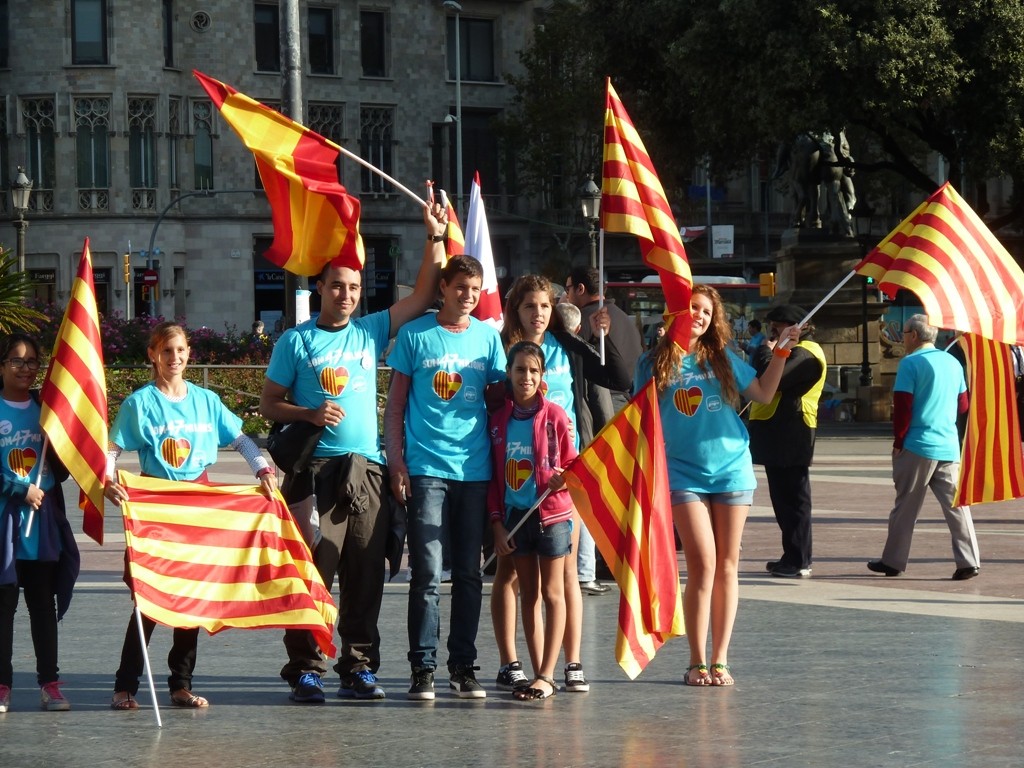 As part of the celebrations each year, the King of Spain supervises the raising of the national flag in Madrid and presides over a massive military parade. There is also a key role for the prime minister in this ceremony, as well as representatives from all of Spain’s military units, and a wide range of authorities, from foreign diplomats to representatives of the autonomous regions of Spain.

Highlight is a spectacular aerobatics display by the Spanish Air Force. Like the Red Arrows of Britain, the jets leave streams of red and yellow smoke to represent Spain’s flag. As well as this celebration, there are others that take place throughout the nation.

This holiday is also known as the D*a del Pilar, since Roman Catholics commemorate Our Lady of the Pillar, who is the patron saint of the Spanish Guardia Civil and of the Hispanic world. She is mainly revered in Aragón, where the basilica at Zaragoza carries her name.

There are no large-scale patriotic parades, marches, or other events to celebrate the holiday in Spain, except in regional capitals.

But some people see Columbus as nothing more than a remorseless tyrant, and celebrate Columbus Day as an insult. They believe that Spain should not celebrate ‘genocide’ with a military parade that costs the country around 800,000 euros. During the nineteenth century, many anti-immigrant groups in America rejected the holiday due to its association with Catholicism. The USA celebrates Columbus Day on the second Monday of October, but several US states do not recognise the day at all. Others have replaced Columbus Day, which became a public holiday in the US in 1937, with Indigenous Peoples Day, a counter-celebration commemorating the history of Native American peoples.

Barcelona activists want the holiday cancelled and a Columbus statue taken down from La Rambla, but so far both ideas have been rejected. Baalona’s city council has banned the celebration for celebrating the genocide of the Americas, a position it has long supported. There are also Francoist overtones, they suggest.

Those who oppose Hispanic Day argue that it should be banned across Spain because former dictator, General Francisco Franco, used the holiday as a way to promote the values of his dictatorship. 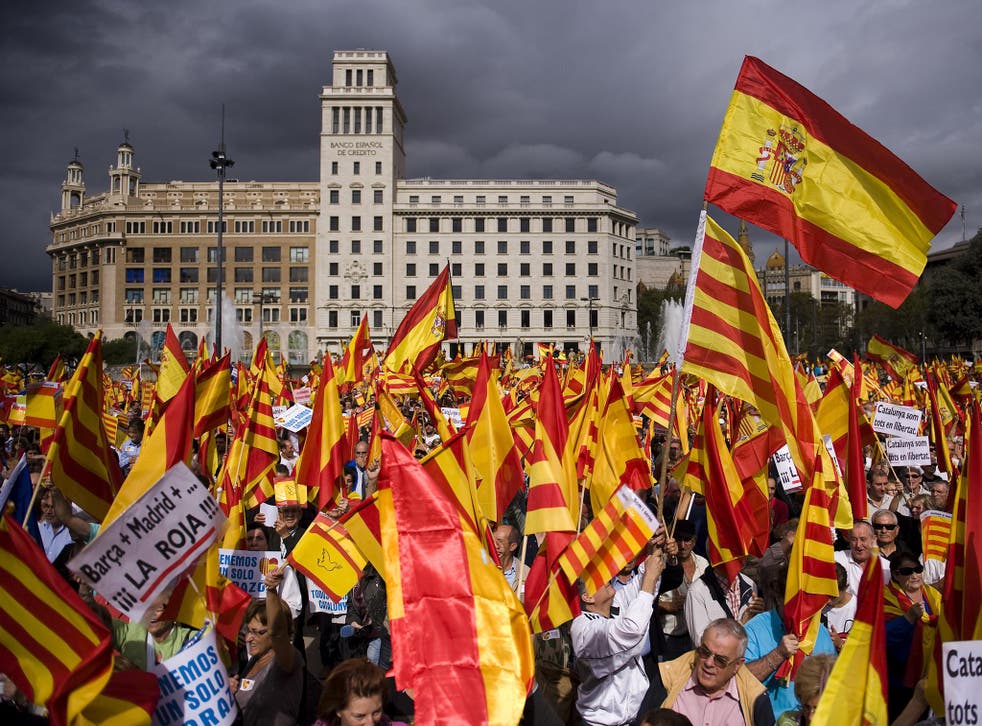 In Spain, the anniversary is celebrated annually, and the first celebration took place in 1935 in Madrid. In 1981, a royal decree made D*a de la Hispanidad a national holiday; in 1987, the holiday was renamed Fiesta Nacional. In the 20th century, National Day changed several times. Establishing it on the day of the international Columbus celebration was part of a compromise between conservatives, who wanted to emphasize the monarchy and Spain’s history, and Republicans, who wanted to honor the burgeoning democracy in Spain. By changing the name, Spain removed all references to its historical colonialism and even its ties to Latin America. The 12th of October became one of two national holidays, along with Constitution Day on December 6th.

Throughout the last few years, the Spanish Day has triggered reactions from all political parties and institutions, but the majority of the country views it as one of the most important in Spanish history.

When is Hispanic Day?

This holiday is always celebrated on October 12th. If October 12th is a Sunday, then some regions may move the holiday to Monday October 13th.

It is Spain’s National Holiday and is also known as Hispanic Day or Fiesta Nacional de España or Día de la Hispanidad (in Spanish). 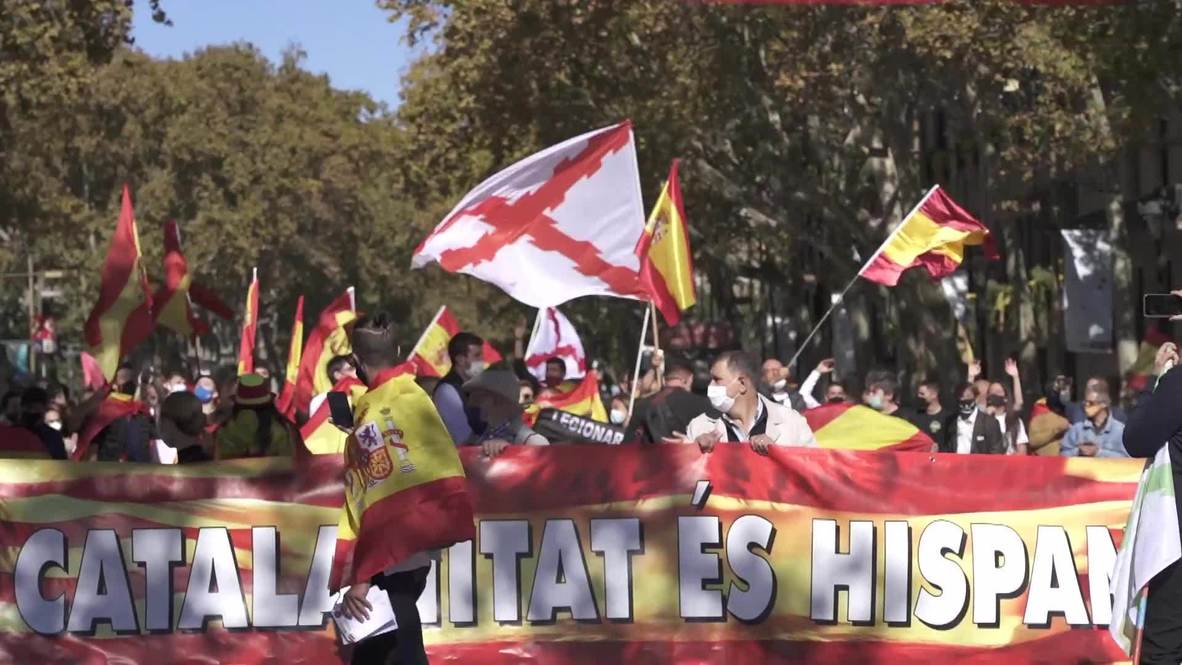 In order to reach India by sea, Columbus attempted a western route. Columbus’ ships had been sailing west for five weeks when they spotted land on October 12th 1492, five weeks after leaving the Canary Islands.

Columbus insisted that he had seen a light from land a few hours earlier, and thus was given a lifetime pension from the Spanish Royal family for being the first to spot land.

Columbus’ voyages across the Atlantic Ocean led to the European exploration and colonization of the Americas. 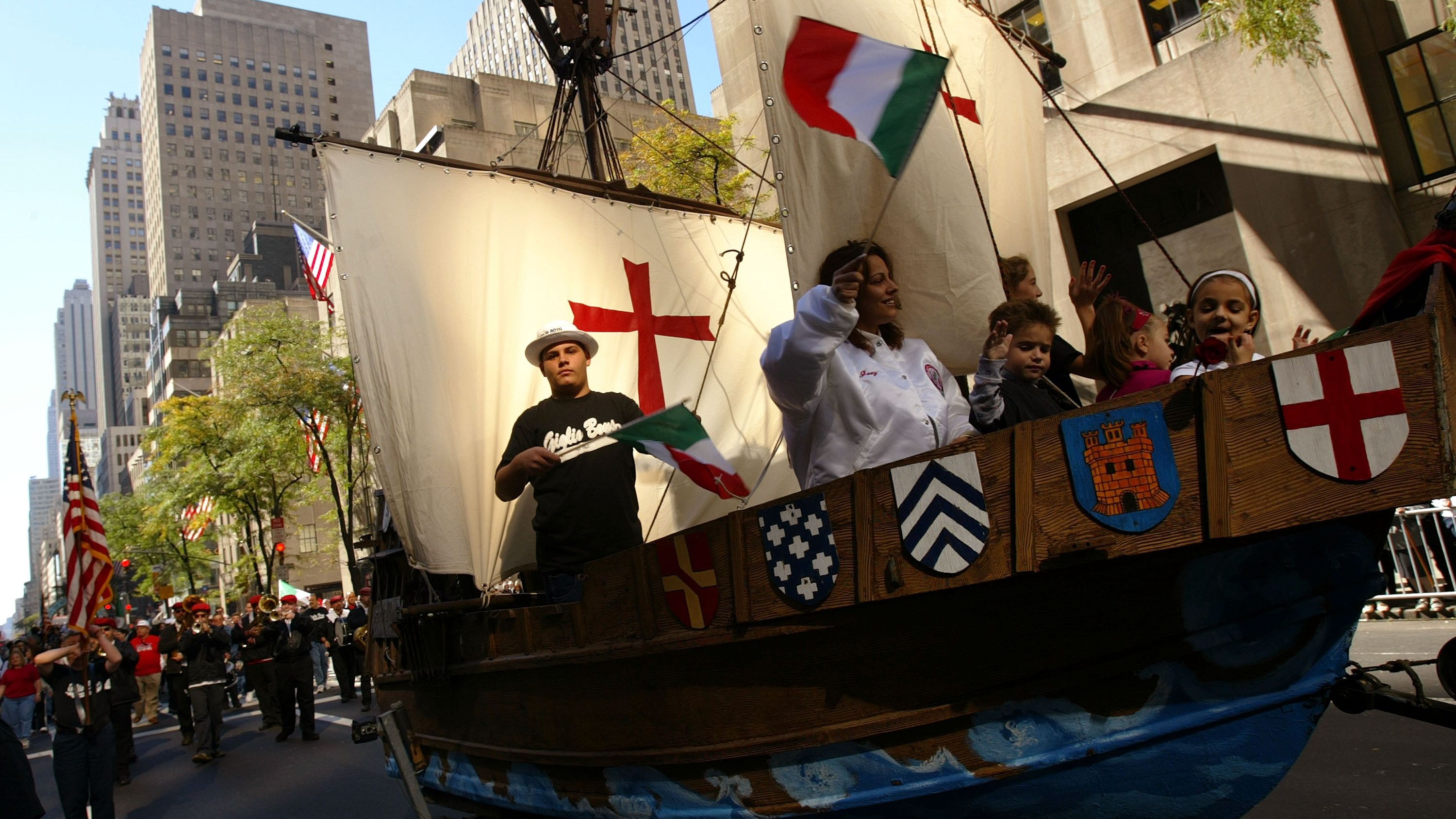 In 1987, Spain removed all references to Spanish colonialism from the name of the holiday, despite the fact it marks the day Christopher Columbus arrived in the New World.

How is Hispanic Day celebrated?

Each year in Madrid, a parade of the armed forces plays a crucial role in the celebrations. The Presidente del Gobierno (Prime Minister) has a special role in the ceremony, only second to the King. Following that, a wide range of authorities are invited to attend, from foreign diplomats to autonomous government officials.

Apart from the huge parade in Madrid, there are plenty of other celebrations throughout Spain. 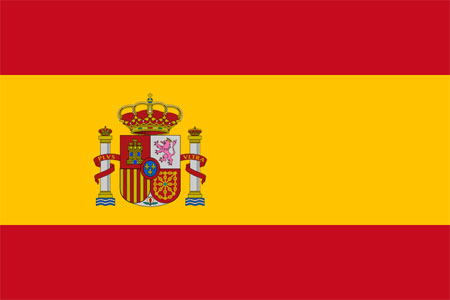 The Autonomous Community of Aragon also commemorates Our Lady of the Pillar (their patroness) on this day. Besides the Civil Guard, it is also celebrated by the religious denominations.

You should be aware that public transportation will run with less frequency on Sundays. Pay attention to the “Sundays and Holidays” heading on the timetable. Some stores will be closed on Sundays and holidays, especially outside of tourist areas. However, most restaurants will remain open.

Columbus Day Government Holiday: Columbus Day is a U.S. occasion that honors the arrival of Christopher Columbus in the Americas in 1492, and Columbus Day 2021 happens on Monday, October 11. It was informally celebrated in various urban areas and states as ahead of schedule as the eighteenth century, yet didn’t turn into a government […]

Columbus Day Los Angeles: City Council voted Wednesday to remove Columbus Day from the city’s calendar, siding with activists who view the explorer as a symbol of genocide against native Americans and others. The council overruled Italian American civic groups and declared the second Monday in October a day  to honor “indigenous, aboriginal and native […]