Columbus Day Los Angeles: City Council voted Wednesday to remove Columbus Day from the city’s calendar, siding with activists who view the explorer as a symbol of genocide against native Americans and others.

The council overruled Italian American civic groups and declared the second Monday in October a day  to honor “indigenous, aboriginal and native people.” The day replaces a holiday that served as a touchstone for Italian Americans, marking the arrival of Christopher Columbus in the Caribbean.

Italian Americans expressed anguish over the proposal, telling council members it would obliterate a part of their heritage. Those who supported the creation of Indigenous Peoples Day said it should be held on a different date. 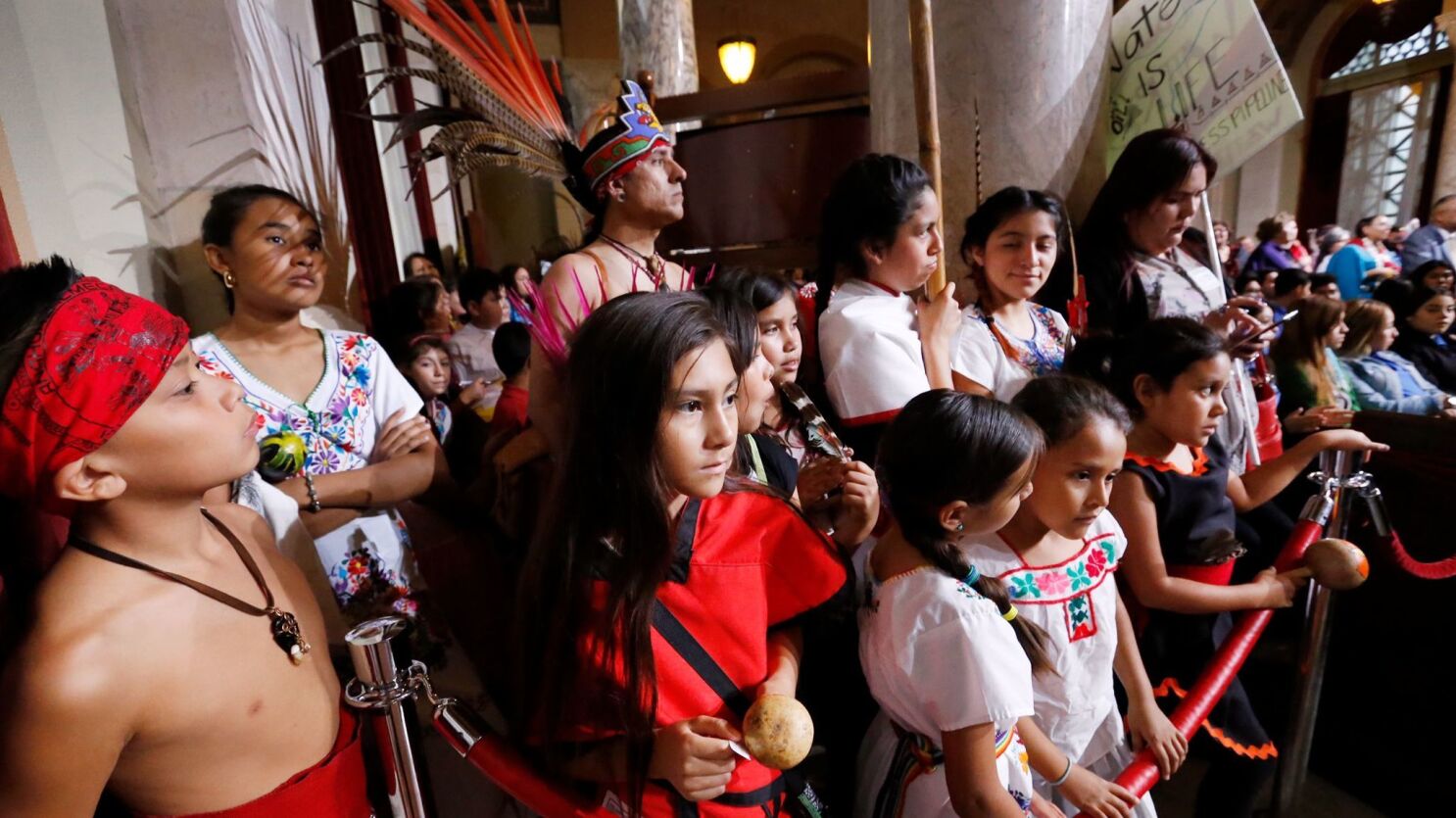 Federated Italian-Americans of Southern California president Ann Potenza says “our community wants to celebrate with you,” as a room full of Native American activists listens. Rather than sacrificing Columbus Day, we would like to keep it in its original place.”

The idea was unacceptable to Chrissie Castro, vice chairwoman of the Los Angeles City-County Native American Indian Commission. She told city lawmakers that they needed to “dismantle a celebration of genocide of indigenous peoples.”

“To force us to celebrate any other day would be a further injustice,” Castro said.

The day will remain a paid holiday for city employees, regardless of the name. 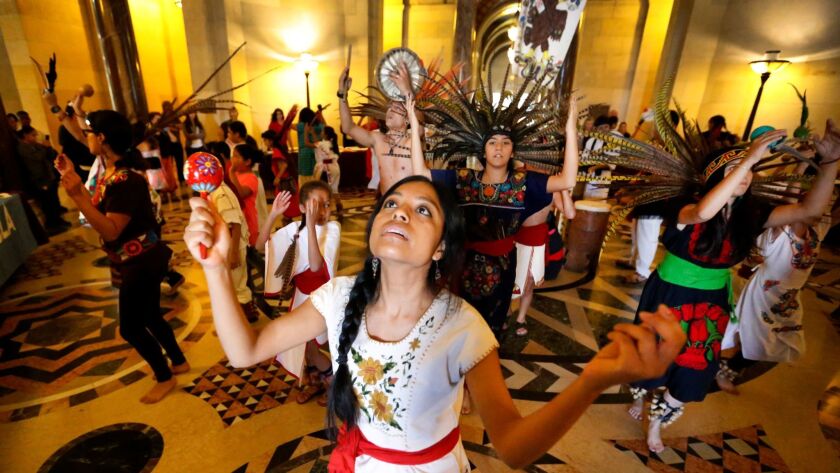 On Wednesday, two men disagreed on how to replace Columbus Day, which was established as a federal holiday in 1937. Mitch O’Farrell, a member of the Wyandotte Nation tribe in Oklahoma, argued that the replacement of Columbus Day with Indigenous Peoples Day would result in “restorative justice.”

The first-generation Italian American raised in San Pedro sought to replace Columbus Day with a name focused on celebrating “all the diverse cultures of the city.” He claimed many people had forgotten the prejudices Italian Americans face in America — and asked the council not to “cure one offense with another.”

Every culture matters,” said Buscaino, who represents neighborhoods from Watts to San Pedro.

In the alternative plan, Buscaino and three colleagues – Gil Cedillo, David Ryu, and Mitchell Englander – proposed holding Indigenous Peoples Day on Aug. 9, a date selected by the United Nations for recognizing native peoples. On an 11-4 vote, the council rejected that proposal.

Mike Bonin, a great-grandson of Italian immigrants, said he was deeply hurt by having to disagree with Buscaino. However, he argued that Columbus Day diminishes the accomplishments of his ancestors, who came to the U.S. to “build something, not destroy something.” 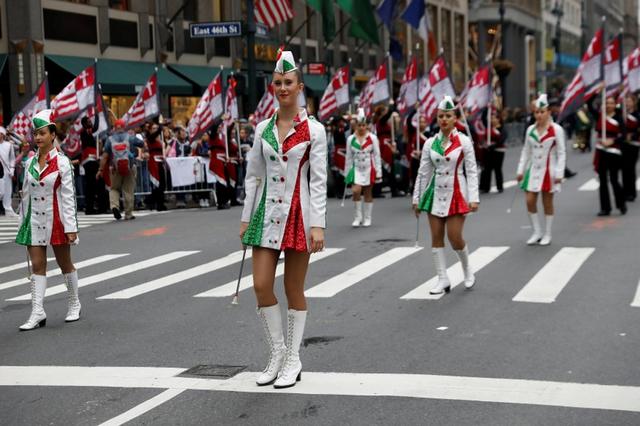 Council members have been discussing the national holidays and historic monuments for some time.

Activists have been pushing for the removal of statues honoring military leaders who served the Confederacy. Two weeks ago, New York City Mayor Bill de Blasio called for a 90-day review of “all symbols of hate” on city property.

O’Farrell, who represents an Echo Park-to-Hollywood district, said his plan for Indigenous Peoples Day also establishes Oct. 12, the date of Columbus’ arrival in 1492, as Italian American Heritage Day at City Hall. It would not be a day off for paid employees.

O’Farrell believes Columbus Day should be replaced to “right a historic wrong.”

He said they aren’t provoking a racial conflict. The conflict is being ended.

On a 14-1 vote, the council replaced Columbus Day with Indigenous Peoples Day. Following a heated hearing at which Native Americans and Italian Americans cheered, the move was approved. 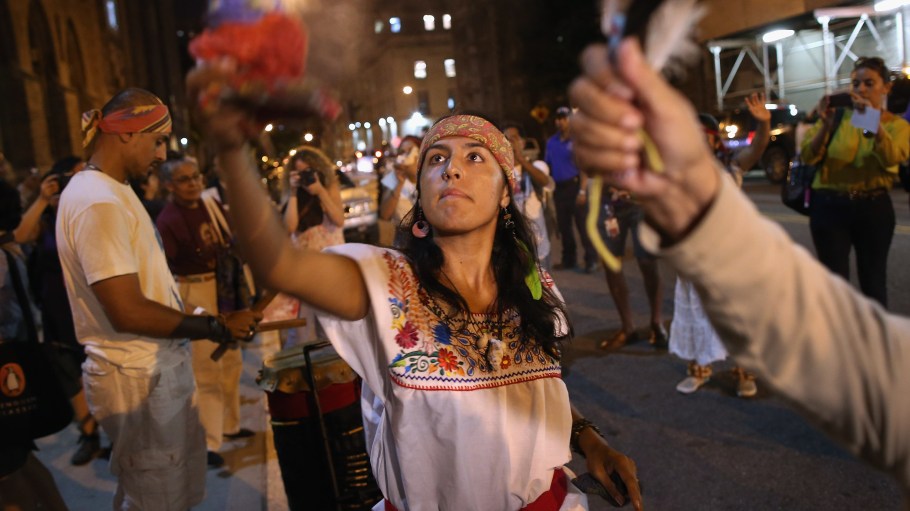 It was described as “a slap in the face” of Italian Americans by one opponent of the holiday name change. Others called it racially divisive.

Beverly Hills resident John Giovanni Corda, who identifies as Sardinian, told the audience to “shut your mouths” after they started heckling. According to him, O’Farrell’s proposal was anti-Italian.

“Why don’t you stop picking on Christopher Columbus as if you were picking on our people?” he asked. “We never hurt you.” he said. “We never wanted to harm you.”

Native Americans were enslaved, raped, and killed by newcomers to the Caribbean and North America, according to supporters of the name change. They argued that the human cost has not been accurately described in schools and public life. 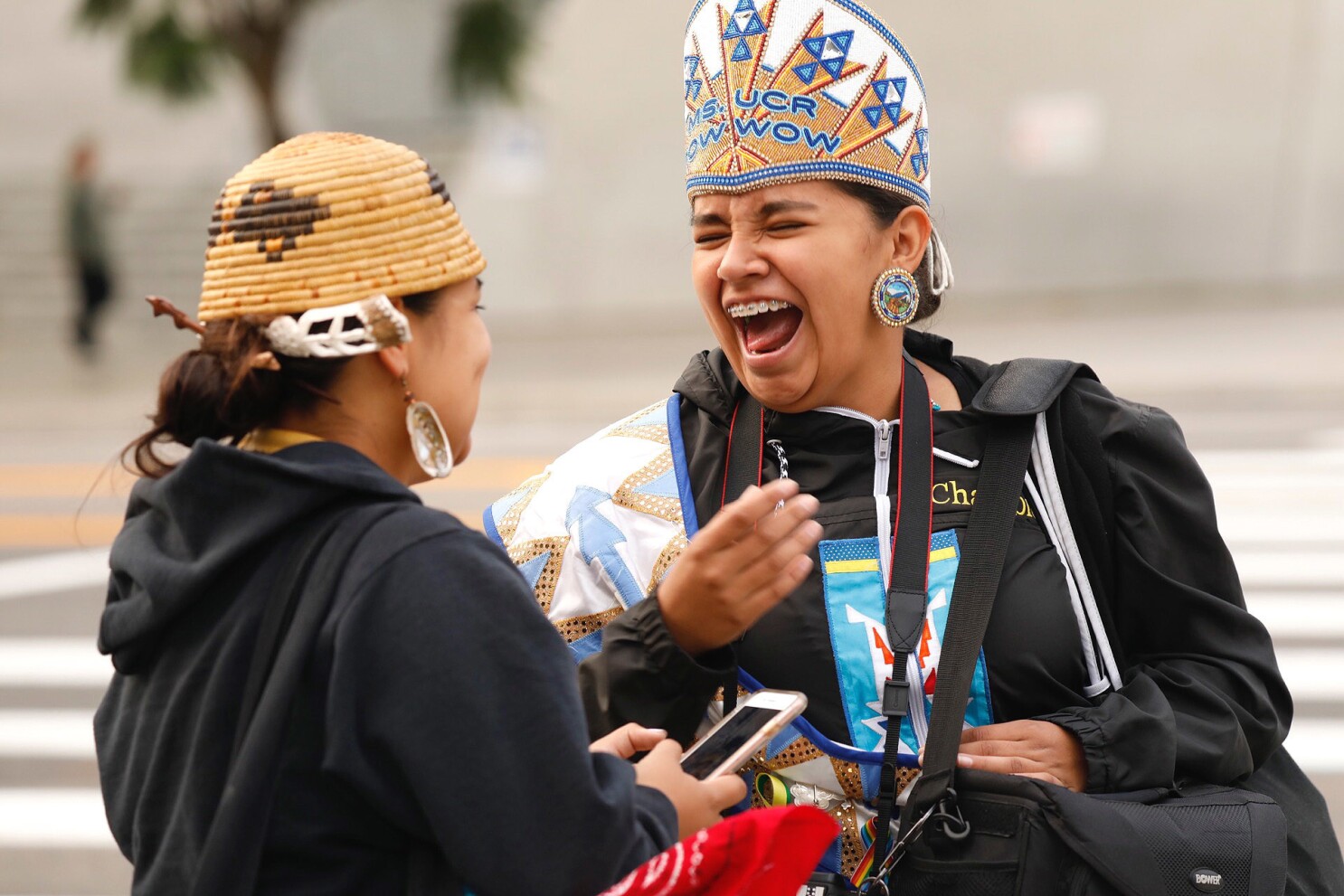