Columbus Day Colors: USA national Holiday. Flag colors – red, blue, and white balloons on wooden board. A strong showing of Italian-American pageantry was held on Fifth Avenue with tens of thousands of New Yorkers and tourists participating, while New Mexico and a number of states and municipalities decided not to celebrate Columbus Day at all.

Scholars and Native Americans have long regarded Christopher Columbus, whose name originated from an Italian navigator who sailed to America in 1492, as an insult to those who had settled the territory thousands of years earlier. 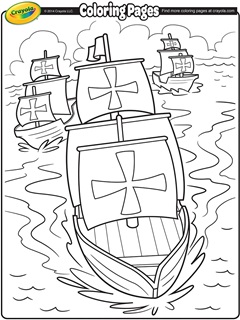 As Columbus Day celebrated in New York City as a celebration of the contributions of Italian Americans, founded in 1866, Indian Peoples’ Day started more than a century later, in 1977, by a delegation of Native nations.

At a conference sponsored by the United Nations, the resolution led cities, like Berkeley, California, to follow suit more than 15 years later and replace tradition with the holiday.

The Columbus Citizens Foundation parade chairman, Aldo Verrelli, says Columbus discovered America. Without Columbus, who knows where we would be today.

Verrelli said of the people of those days, “[we should] remember what they did for the good of all.” Let’s not worry about any other controversy.” Honoring tradition or rewriting history and correcting the past has long divided Americans.

There were Native Americans here before, but [Columbus] basically discovered the New World and is the reason why we are still around today,” said Joe Sanfilippo, a parade-goer from New York.

Basically, the Europeans tried to eradicate us, said Deb Haaland (D-NM), a member of Congress. As the U.S. government became more active, they kept us on reservations by bringing disease.

The holiday has been renamed by more than 130 cities since Berkeley renamed it in 1992. Among several states – including Vermont, Alaska, Oregon, and South Dakota – New Mexico has become the latest to replace Columbus Day with Indigenous Peoples’ Day in 2019, celebrated for the first time on Monday.

She is the first Native American woman elected to  Congress and a member of the Laguna Pueblo. On the national stage, Haaland aims to “correct history,” and honor the resilience of the Indigenous People. “Indigenous Peoples’ Day,” the second Monday in October, was co-sponsored by her on October 11.

As a nation, there are 573 distinct tribes today. And we’re all different. Therefore, I think it’s an excellent way for us to celebrate that diversity and acknowledge that other native people can come to this country too, Haaland said.

It was never possible to discover the United States, she adds, a “misnomer” that runs in direct conflict with a long line of American history textbooks and other advocates of Columbus’s legacy.

In their minds, accepting the truth threatens the power structure – [in that] it gives the majority less power over the minority,” said Regis Pecos, ex-president of Cochiti Pueblo. There’s so much entrenched thinking and behavior that it’s really based on fear of losing a narrative–no matter how false.

Festival attendees in the state capital, Santa Fe, say that Indigenous Peoples Day is a milestone.

“History is always written by the winners. And then now, we[ve] come to a generation [where] we start to think about what we used to think is right is wrong now,” said attendee Silvia Sian.

The New Yorker Heather Fitzroy said those who wished to honor Columbus would keep the day. Those who want to honor those who lived before us, like the indigenous people of America, that is their choice.

Columbus Day Celebrations: Columbus Day is a U.S. holiday that recognizes the landing of Christopher Columbus in the Americas in 1492, and Columbus Day 2021 happens on Monday, October 11. It was informally celebrated in various urban communities and states as ahead of schedule as the eighteenth century, yet didn’t turn into a government holiday […]

In spite of what our grandparents and parents were taught, Christopher Columbus didn’t discover America in 1492. The land had been inhabited for centuries, and other explorers from Europe, Asia, and Africa had already made landfall here. Furthermore, there is no conclusive evidence to debunk the myth of flat earth from his voyages. Ancient Greeks […]

Is Columbus Day a Bank Holiday? You may be able to do so if you are in the right place. Public holidays are observed on Columbus day in most states (on average 35/50), but not in all. As a result, it’s important to check your state’s policy before leaving on Monday! In what year did […]