Christmas has long been a celebration of joy, as Santa Claus rewards all of the good girls and boys with presents and holiday cheer. Children who have not been so nice are said to receive a lump of coal in their stockings, instead of a gift. However, many years ago, children received a visit from the “Christmas Devil,” a consequence much more frightening than coal. 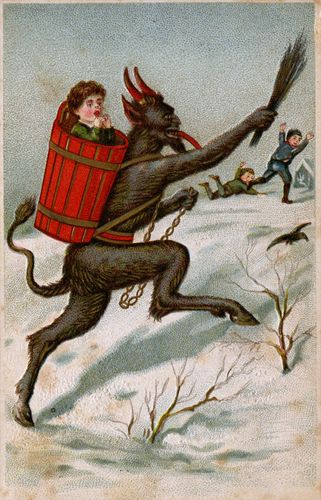 The legend of the Krampus dates back centuries, originating as a German Christmas tradition during the 12th century. Beginning in early December, the children of Germany would begin to hear whispers of a dark haired creature bearing horns and fangs, carrying a bundle of birch sticks used to swat naughty children.

According to traditional narratives of Alpine folklore, the Krampus would enter the towns, lashing his chains and bells, to capture the bad children in a basket and bring them down to the underworld. The Krampusnacht (Krampus Night) would occur the evening before December 6th (St. Nicholas Day), when the nice German children were rewarded with presents in their boots. 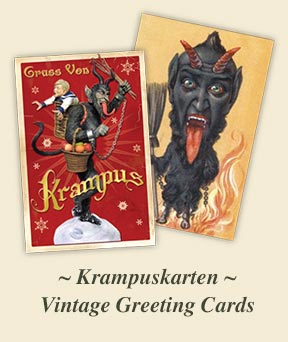 n the 21st century, many Alpine countries continue to celebrate the Krampusnacht with parades, where the townsmen dress like devils and run through the streets chasing after children and naughty parents alike. More recently, the legend of Krampus has gained popularity in America, with Krampus festivals held across the country in Los Angeles, Philadelphia, and New York City.

HOW WE CELEBRATE CHRISTMAS FESTIVAL IN NEPAL

Halloween Costume History Halloween Costume The wearing of Halloween costumes in America reaches back into the country’s cultural history. This shared American folk ritual is a window on the diverse ethnic and religious heritage of the people who settled the United States. Folk Roots Halloween itself has deep folk roots. It originates with the Celtic […]

Christmas Aesthetic Christmas Aesthetic    “At one time, most of my friends could hear the bell, but as years passed, it fell silent for all of them. Even Sarah found one Christmas that she could no longer hear its sweet sound. Though I’ve grown old, the bell still rings for me, as it does for all […]