Starting his career as a defensive tackle for the NFL, McFarland played with both the Tampa Bay Buccaneers and Indianapolis Colts. He has won two Super Bowls, one with each team. 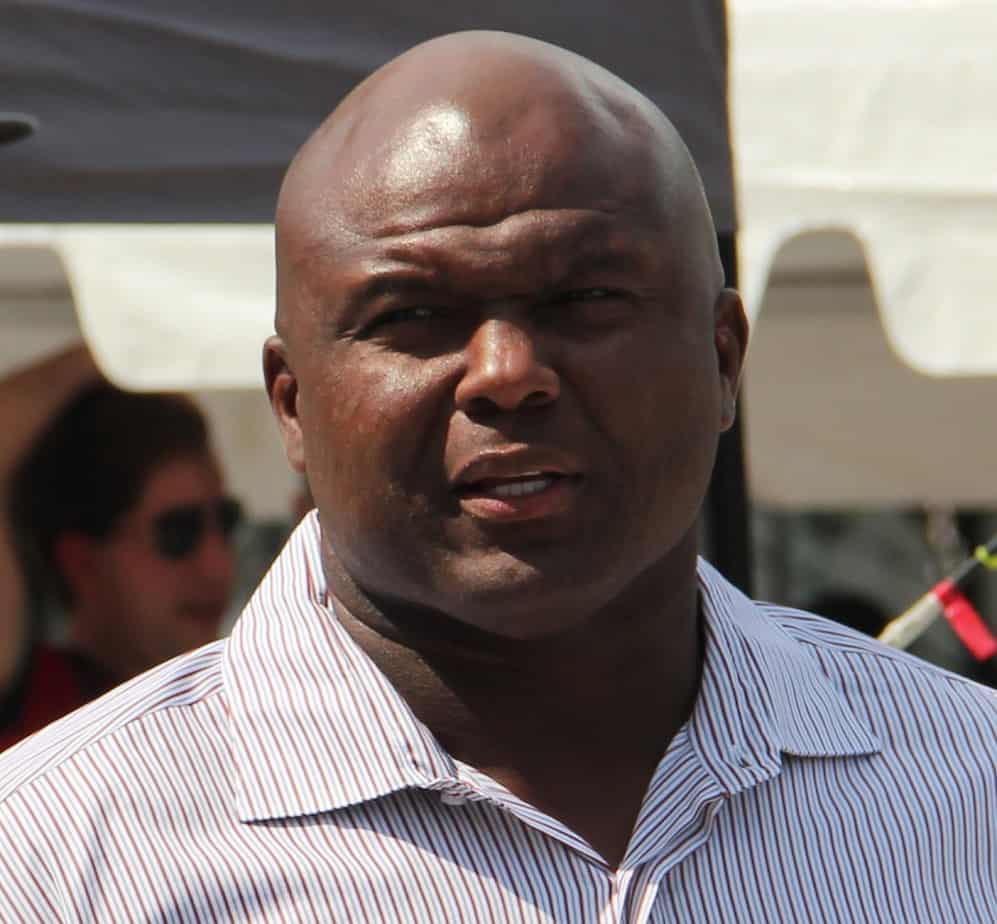 During his time on both shows, viewers were never shy with their criticism. McFarland had a knack for stating the obvious and making controversial calls while commentating on a game. He so frequently said such wild lines on air that he has become an internet meme in the online sports world.

Here is our list of nutty Booger McFarland quotes.

Don’t forget to also check out the Drew Brees quotes about New Orleans and football.

Booger McFarland quotes and comments where he states the obvious

1. “You see Joe when January 1st comes, you start the year all over again.” — Booger McFarland

2. “The Cleveland Browns have fired Freddie Kitchens. So, this means the Browns now have a coaching vacancy and are looking for a new head coach.” – Booger McFarland

3. “What he’s saying is since the Saints did not sign AB, Antonio Brown is not a Saints receiver.” — Booger McFarland

4. “Because the LSU Tigers are playing the Clemson Tigers, the Tigers will absolutely win the National Championship.” – Booger McFarland

5. “If Seattle would have won, San Francisco would have lost.” — Booger McFarland

6. “If on 4th down, the quarterback doesn’t complete his pass, they will turn over the ball.” — Booger McFarland

8. “The Rams, you know, have yellow uniforms.” — Booger McFarland

10. “These are the type of plays that historically have gone against the Vikings — the Minneapolis Miracle — plays that are fluke plays that went against this team. I’m sure Vikings fans are saying it’s about time we get one of these plays to go our way.” — Booger McFarland

11. “If I’m the Rams, I’m gonna force Lamar (Jackson) to have the football. All you’ve got to do is tackle him.” — Booger McFarland

12. “Tess, in order for Lamar Jackson to win MVP, he will have to convince people he is more valuable than Patrick Mahomes.” — Booger McFarland

13. “I understand Pat Mahomes is off to a good start. I’m not ready to crown him four games into his career, but he’s definitely playing well.” — Booger McFarland

14. “Games in this league are lost more than they’re won” — Booger McFarland

16. “If you want to go to a school with lower requirements, it doesn’t diminish the education.”― Booger McFarland

17. “Quarterbacks will make plays; they always do. But I think the team that runs the ball the best will win.” ― Booger McFarland

18. “No disrespect to Gronk — Travis Kelce is the best tight end in football.” — Booger McFarland

19. “[Travis Kelce] is the best tight end in football. He’s the reason why we saw (Broncos cornerback) Chris Harris Jr. on him. You can’t put a linebacker or a safety on him.” — Booger McFarland

20. “I know you never want to get penalties. I understand that. You never want to get them. But this may actually help the Rams because it gives them more room. Because all the Ravens are going to do as you get down close to the 10-yard line, the field shrinks. If you can’t run it in, it gets tough. So this may actually help the Rams as they try to pass this ball into the end zone.” — Booger McFarland

21. “I do like what Zac Taylor is doing here In Cincinnati. I like what they’re building. I like their energy that Zac Taylor has brought from the West Coast to the East Coast.” — Booger McFarland

Booger McFarland quotes and one liners about football

22. “Playing defense, it was a tough job, but it was pretty simple: When the ball came off, get in the backfield and create havoc and find the ball carrier.” ― Booger McFarland

23. “Like a good play-caller, a good TV guy, if you get going on a good conversation, you can ad-lib a little bit. You keep it going. Just like in a game, if you call a couple plays and they’re working, you come back to them.”― Booger McFarland

25. “I think the NFL needs a more stringent policy when it comes to domestic violence. Make the punishment work.”― Booger McFarland

26. “There’s nothing more comforting for a team than to know when you need someone to make a play, you have someone who is going to do it when it matters most.”― Booger McFarland

27. “Offense is about rhythm and timing, and you’re not going to always have that every game.” ― Booger McFarland

28. “You can be a great defensive player, and if you don’t put up splash statistics, then you’re not going to get noticed.” ― Booger McFarland

29. “I like a guy with a little edge. I mean, I played with Warren Sapp.”― Booger McFarland

30. “People talk about players who should get more attention, but things like that have never bothered me. If I just play my game, walk out the back door without anybody seeing me, I’m fine with that.”― Booger McFarland

Funny Booger McFarland quotes about himself

33. “Momma told me, ‘I’m going to town. Don’t touch the trash in the backyard,’ because we used to burn our trash. So I’m going to do mama a favor. I light the trash and go back inside to watch Ohio State and LSU play. And something said, ‘You know what, at halftime, go check on it.’ And fire is about 8 feet from the back door.” — Booger McFarland

34. “I’m a small-town kid from Winnsboro, La., who grew up not really being comfortable talking to people.”― Booger McFarland

35. “My family can tell you I’m not really a guy that likes roller coasters. I don’t like going on Ferris wheels. I’ve got a six-feet rule; I like my feet no more than five, six feet from the ground at all times.”― Booger McFarland

36. “I never said I want to be the football guy. But when that opportunity started to become real, I said, ‘Okay, let’s see where this goes.”― Booger McFarland

37. “I’ve always been this way. What you see is what you get.”― Booger McFarland

38. “Now if anyone calls me Anthony, I usually don’t respond.” ― Booger McFarland

40. “I watch all sports in some shape or form. When you grow up in a small town, sports become a form of you.” ― Booger McFarland

41. “People who know me, the guys who have been around me every day, this is the way I’ve been… I’ve never been a guy who just needed a lot of attention. Some people do.” ― Booger McFarland

43. “When I talk about football from a studio standpoint, I try to cut through the minutia and get to the point.”― Booger McFarland

44. “The way I look at it is I try to take advantage of every opportunity I’ve got.” ― Booger McFarland

45. “Nothing motivates an 18-year-old like being disrespected.” ― Booger McFarland

47. “When you criticize grown men, it’s a lot easier. They make millions of dollars. They should be able to handle it, especially if you do it in a truthful manner… I’m sure it stings, but my whole objective is, to be honest.”― Booger McFarland

48. “When you treat people the right way, it’s amazing the avenues that open up for you.” ― Booger McFarland

50. “You watch guys talk about football, and you think that maybe it’s really easy, and it’s really not. Yeah, we’ve got the expertise because we played, but how you put that into a 30-, 45-second take and educate and entertain someone that’s watching?” ― Booger McFarland

When unexpected moments happen in life, they bring us varied emotions. Unexpected things in life may bring us happiness, excitement, fear, enjoyment, surprise, and much more. This is why, in life we should always embrace (and sometimes do) the unexpected. The best way to deal with life is to acknowledge and accept that unexpected things […]

With her original birthplace in West Africa, Phillis Wheatley is acclaimed to be the first African-American woman writer who raised her voice against the evils of slavery and bondage. At the tender age of seven, Phillis was sold off to the family of Wheatley where, unlike most of the slaves who were treated with contempt […]

Lion King Quotes 1. “Mufasa is strong. Like, way stronger than us.” – Azizi 2. “Mufasa’s death was a terrible tragedy; but to lose Simba, who had barely begun to live… For me, it is a deep personal loss. So it is with a heavy heart that I assume the throne. Yet, out of the ashes […]