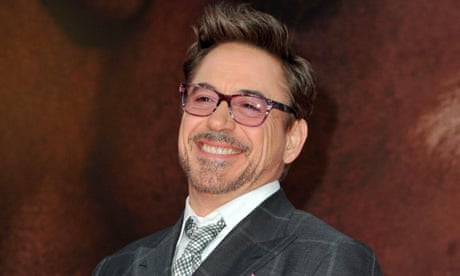 Robert Downey Jr is back for Sherlock 3 and Spider-Man, and Bastille Day reviewed – the Dailies film podcast

With a rooftop chase scene as good as anything in Bourne, Bastille Day is a serviceably brash thriller. It’s a bit silly maybe, with a plot that requires you to overlook the implausibility of a certain smartphone with no passcode protection. But there is a nifty premise. In modern-day Paris, a young American pickpocket called Michael (played by Richard Madden, from Game of Thrones) is mingling discreetly with the tourists and stealing their wallets and watches; things are going well for him until he pinches a bag belonging to a beautiful and upset-looking young woman called Zoe (Charlotte Le Bon). The bag contains a ticking bomb, because Zoe is a terrorists’ accomplice who had just lost her nerve and was about to throw it in the Seine – and it’s going to go off any minute! What happens next brings into play an outrageously macho CIA agent called Briar, played by Idris Elba, who has to tackle the terrorists and foil a sinister conspiracy. Director James Watkins gave us the nerve-mangling ordeal thriller Eden Lake in 2008, starring Michael Fassbender and Kelly Reilly (who appears in this film too, as Briar’s boss); his work here is more conventional with more of a popcorn flavour, but none the worse for that. And that rooftop sequence really is good.

… we have a small favour to ask. Millions are flocking to the Guardian for quality news every day. We believe everyone deserves access to factual information, and analysis that has authority and integrity. That’s why, unlike many others, we made a choice: to keep Guardian reporting open for all, regardless of where they live or what they can afford to pay.

As an open, independent news organisation we investigate, interrogate and expose the actions of those in power, without fear. With no shareholders or billionaire owner, our journalism is free from political and commercial bias – this makes us different. We can give a voice to the oppressed and neglected, and stand in solidarity with those who are calling for a fairer future. With your help we can make a difference.

We’re determined to provide journalism that helps each of us better understand the world, and take actions that challenge, unite, and inspire change – in times of crisis and beyond. Our work would not be possible without our readers, who now support our work from 180 countries around the world.

But news organisations are facing an existential threat. With advertising revenues plummeting, the Guardian risks losing a major source of its funding. More than ever before, we’re reliant on financial support from readers to fill the gap. Your support keeps us independent, open, and means we can maintain our high quality reporting – investigating, disentangling and interrogating.

Liberty Leading the People (French: La Liberté guidant le peuple [la libɛʁte ɡidɑ̃ lə pœpl]) is a painting by Eugène Delacroix commemorating the July Revolution of 1830, which toppled King Charles X of France. A woman of the people with a Phrygian cap personifying the concept of Liberty leads a varied group of people forward over a barricade and the bodies of the fallen, holding the flag of the French […]

After the Fleet finds water ice to replace that which was lost in sabotage, Galactica and the Fleet face a shortage of manpower to mine the ice, turning to their prisoner barge for help, with unexpected complications. In the Fleet After Galactica’s extensive water supplies are sabotaged (TRS: “Water”), a source of water is found on a nearby moon—but it is in the form of […]

Summer is surely the best time to celebrate freedom and independence. And the revolutionaries of yesteryear must have had some small inclination that the season is also best for parades, not to mention long weekends at the beach. After our own Independence Day, the most renowned July fête is Bastille Day. Since 1790, the French […]