Bastille Day celebrates the storming of the Bastille in Paris, France which signaled the start of the French Revolution. It is the French National day and is called La Fete Nationale in France. When is it celebrated? Bastille Day is celebrated on the 14th of July. It was on July 14, 1789 that the storming of the Bastille took place. In France the holiday is often referred to as the Fourteenth of July. Who celebrates this day? 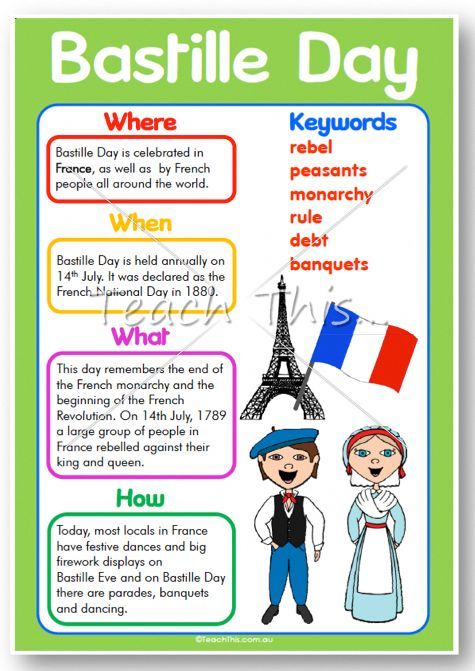 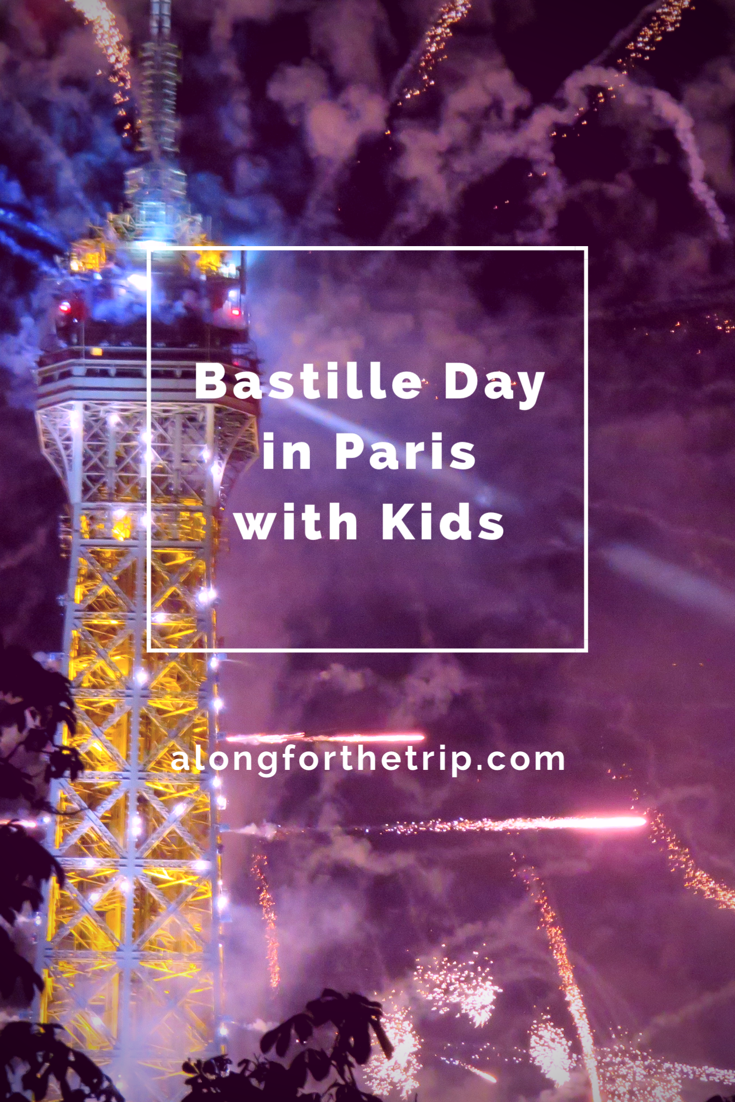 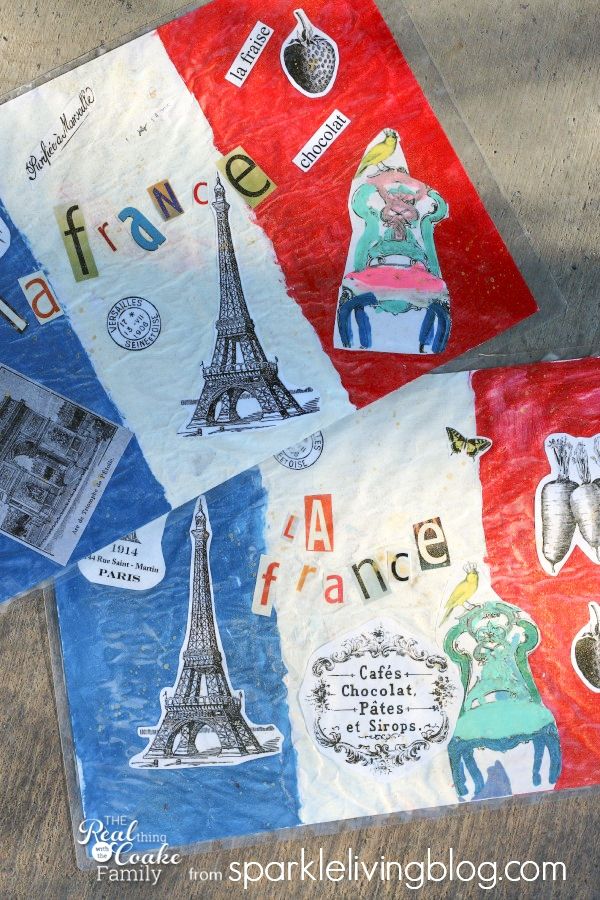 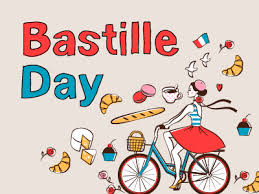 Bastille Day is celebrated throughout France. It is also celebrated by other countries and especially French speaking peoples and communities in other countries. What do people do to celebrate Bastille Day? The day is a national holiday in France. There are many large public events that take place. The most famous event is the Bastille Day Military Parade. It takes place the morning of July 14th in Paris. The first parade was in 1880.

Many people attend the parade and even more watch it on television. Today the parade runs down the Champs-Elysees from the Arc de Triomphe to Place de la Concorde. At the end of the parade the French President and many foreign ambassadors wait and greet the military. Other popular events include large picnics, musical performances, dances, and fireworks shows. History of Bastille Day The Bastille was a prison in Paris that, to many of the common people, represented all that was wrong with the monarchy and the king’s rule.

On July 14, 1789 soldiers stormed the Bastille and took it over. This signaled the start of the French Revolution. Three years later in 1792 the French Republic was formed. Bastille Day first became a national holiday in France in 1880 after being proposed by French politician Benjamin Raspail. This was also the year of the first Bastille Day Military Parade.

Fun Facts About Bastille Day Milwaukee, Wisconsin has a large Bastille Day celebration downtown that lasts four days. They even have a 43 foot tall replica of the Eiffel Tower! Other US cities famous for their celebrations of this day include New Orleans, New York, and Chicago. In 1979 there was an outdoor concert in Paris that over 1 million people attended. There were only seven prisoners in the Bastille on the day it was stormed.

It was only big enough to hold around 50 prisoners. The famous bicycle race the Tour de France takes place during Bastille Day. Watching the race is another thing people like to do during the holiday.

July Holidays Canada Day Independence Day Bastille Day Parent’s Day Back to Holidays Advertisement Advertisement | Report Ad Which superpower would you want if you were a Superhero?

Many Americans view the month of July as a time to celebrate America’s Declaration of Independence and subsequent victory over the British. But July also marks the French national holiday, known as Bastille Day, which is celebrated on July 14. Not long after Americans gained their independence from the British, the French were readying for […]

There is a massive French population in London. In fact, with an estimated 300,000 French citizens, London has more French nationals living in it than the cities of Bordeaux, Nantes and Strasbourg. French president Emmanuel Macron called London France’s “sixth city” in terms of its French population size, and it’s thought that more French people […]

Lesson ideas and activities to introduce learners to the history behind the French national holiday Celebrated each year on 14 July, Bastille Day, known more formally as la Fête Nationale, commemorates the storming of the Bastille. This was one of the most important events in the French Revolution and ultimately led to the execution of […]