Whether you call it Le Quatorze Juillet or La Fête Nationale, Bastille Day celebrations are a big deal in Paris and throughout France. On Avenue Champs-Elysées there’s a military parade that is a high point of the national holiday celebrations. The parade starts at the Arc de Triomphe and ends on the Place de la Concorde.

In the evening, the city of Paris stages a massive free concert and the city’s only fireworks show of the year. The concert takes place on the Champ de Mars right near at the base of the Eiffel tower. Let’s take a look at the complete list of the festivities.

The celebrations are held all over the country where the most beautiful are in Paris.On 10:00 o’clock the celebrations start with a traditional military parade along the Champs Elysees, and an aerobatic spectacle.

During the day till midnight, various culture shows take place in various venues in the city.

Music is heard everywhere.In the evening when the lights on Eiffel Tower are turned on, the city sky are covered with colorful noisy fireworks shows.The festive atmosphere and the celebrations last until the late hours.

Fun Things To Do On Bastille Day 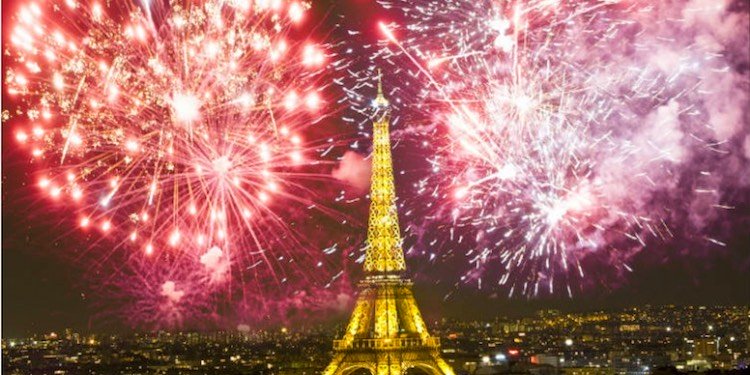 There’s no better way to celebrate Bastille Day in Paris than a dinner cruise on the Seine. Sip French wines and dine on French classics in a festive atmosphere, while you drift past historic monuments and museums like Notre Dame, the Louvre, and Musée d’Orsay. After the cruise, you can either be whisked back to your hotel or stay near the Seine to see the incredible fireworks show emanating from the Eiffel Tower. Book now as it will sell out.

LIKELY TO SELL OUT 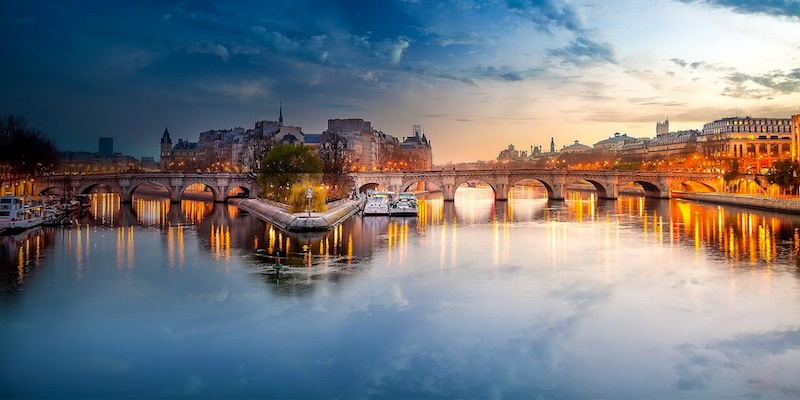 This luxurious dinner cruise really delivers. Firstly, it is one of the few Seine river cruises operating on Bastille Day. Secondly, it has all the touches you’ll appreciate, like a glass of champagne to start, a multi-course tasting menu, and some of the best views from your window table. As you glide under the ornate bridges and dazzling monuments of Paris you can reflect on the incredible history of France and the revolution that changed everything. 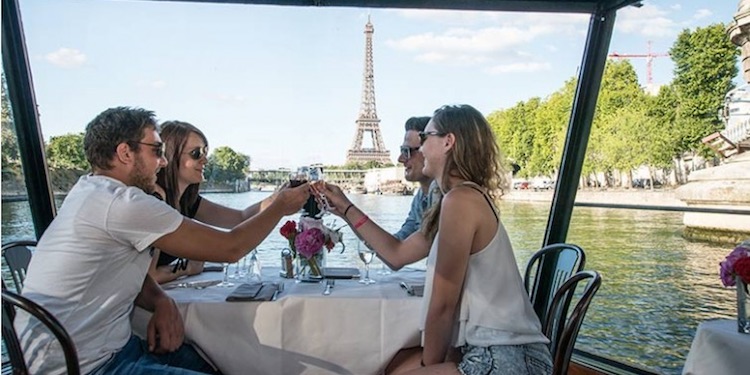 Spend Bastille Day afternoon cruising down the river while having lunch on a bateau. This fun, casual, and affordable lunch cruise shows off the sights of Paris while you dine on a classic 3-course meal. Combine great dining with a tour of Paris on Bastille Day. This lunch cruise is very popular, so book early. 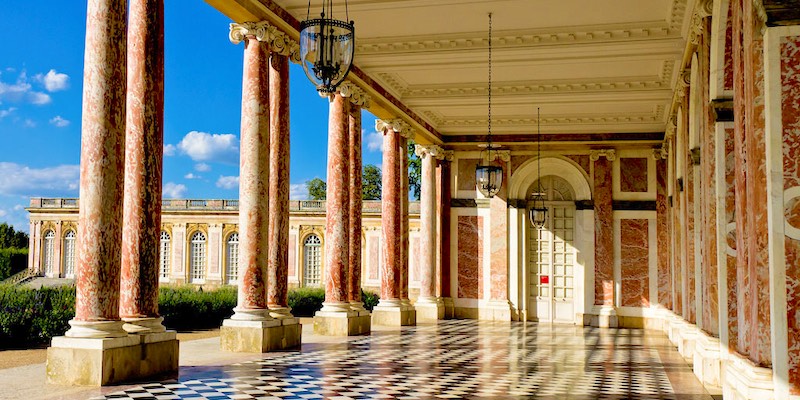 What a way to spend Bastille Day! Experience Marie Antoinette’s private estate at Versailles, the Petit Trianon. This is where she and her ladies would escape demanding court life to pretend they were shepherdesses. What you’ll discover is there’s nothing simple about this jewel of a French palace. Of couse, you’ll also have a chance to explore Versailles and the Sun King’s gardens. 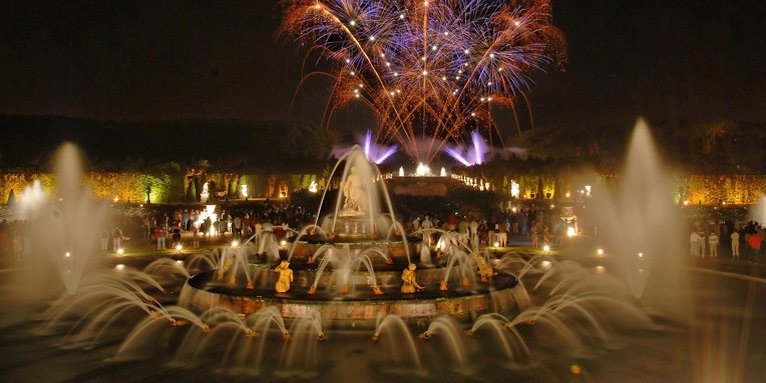 Instead of fighting the crowds in Paris, go the royal route by visiting Versailles to take in the spectacular fountain show. There once were 2,400 fountains operating at Versailles. Today there are something like 50, and there are special fountain shows set to the music of the country of Louis XIV.

This is only available during the summer months and only on weekends and July 13 falls on a Saturday this year! Take advantage of how the universe has unfolded. This half-day tour also includes skip-the-line access to the chateau.

This is even better — experience the fountain show at night, two days before Bastille Day on July 12 with this tour that includes transportation from Paris. There’s skip-the-line access to the Royal Apartments and the Hall of Mirrors, where you’ll be surrounded by musicians and dancers in Baroque costumes. This incredible evening finishes up with a fantastic fireworks display over the Grand Canal. This is really the way to see fireworks during Bastille week.

See the Best of Versailles

Even though the French Revolution, which began on July 14, 1789, eventually ended the monarchy, a good way to celebrate the enduring legacy of the French kings and queens is a skip-the-line visit to Versailles on Bastille Day. Take in the majesty of the gardens and the chateaux that ultimately were the downfall French royalty. This full-day tour includes a classic French lunch and round-trip transportation from your Paris address.

Visit the pivotal locations that changed the history of France beginning with the storming of the Bastille on July 14, 1789 — including Place de la Bastille; Place de la Concorde, where King Louis XVI and Marie Antoinette were beheaded; the Jardin des Tuileries, where the royal palace stood; and the Conciergerie, where Marie Antoinette spent her last days. This walking tour with an historian guide makes history come alive.

Join in the 14th July celebrations in Carcassonne.

Hundreds of visitors flock to Carcassonne on 14th July to enjoy the spectacular Bastille Day fireworks, the biggest firework display in France.

Bastille Day is a national holiday in France which 231 years ago this year, commemorates the storming of the Bastille in Paris in 1789, which started the French Revolution.

The medieval city becomes bathed in light and the spectacular display can be seen from miles around.

We advise arriving early, parking the car and spending a full day exploring Carcassonne. There is plenty to do to fill the time before the display starts at 22:30.

The best views are from the bridge over the river, however good viewpoints can also be found on the riverbank below the bridges, the canal, the peripherique (ring-road) South of Carcassonne and the vineyards close to the Lycée Agricole.

This is a real French experience to be savoured rather than hurried with a relaxed party atmosphere and a great opportunity to get some unforgettable holiday snaps.

Bastille Day is a nationwide celebration and many towns and villages also hold celebrations and firework displays. These will be well advertised so look out for posters with the times and details.

Discover the most beautiful Bastille Day fireworks 2020 in Paris and its region. Despite the health crisis, magnificent firework shows will be performed along with entertainments.

How to make the most of Bastille Day fireworks 2020 in Paris and its surroundings? Wherever you are staying in Île de France, this program will help you organize your vacation in Paris on July 13 and July 14, 2020.

Besides Paris, Île de France is full of tremendous fireworks. Take your pick among our selection.

Toronto Bastille Day is a festival organized by the French community in Toronto and coordinated by the Consulate General of France. Commemorating the taking of the Bastille on July 14th, 1789, and the Fête de la Fédération of July 14th, 1790, France’s national holiday is an annual opportunity for French people to celebrate France. To […]

On July 14, 2016, thousands gathered along the seafront of Nice, France to celebrate Bastille Day—the country’s independence holiday. The mood turned from joy to horror, when a white truck barreled through a pedestrian-filled closed street. In the end, 86 were dead, including 10 children, and 304 spectators were left injured. While fireworks shot into […]