Let’s just say it: dads always get the shaft when Father’s Day rolls around.

Why? Well, for one, dads aren’t supposed to be open about their love for gifts. Your mother can email you a wish list of things she wants for Mother’s Day, but dads are supposed to be reserved when it comes to their own holiday. “Don’t get me anything,” they’ll say.

Your mother has complained about your father’s extensive record collection for years, but he continues to cling to it (and add to it). He’ll love Dust and Grooves ($66), a 416-page coffee table book showcasing 100+ vinyl collectors and their extensive collections. It’ll show Dad that he’s not alone in his obsession. 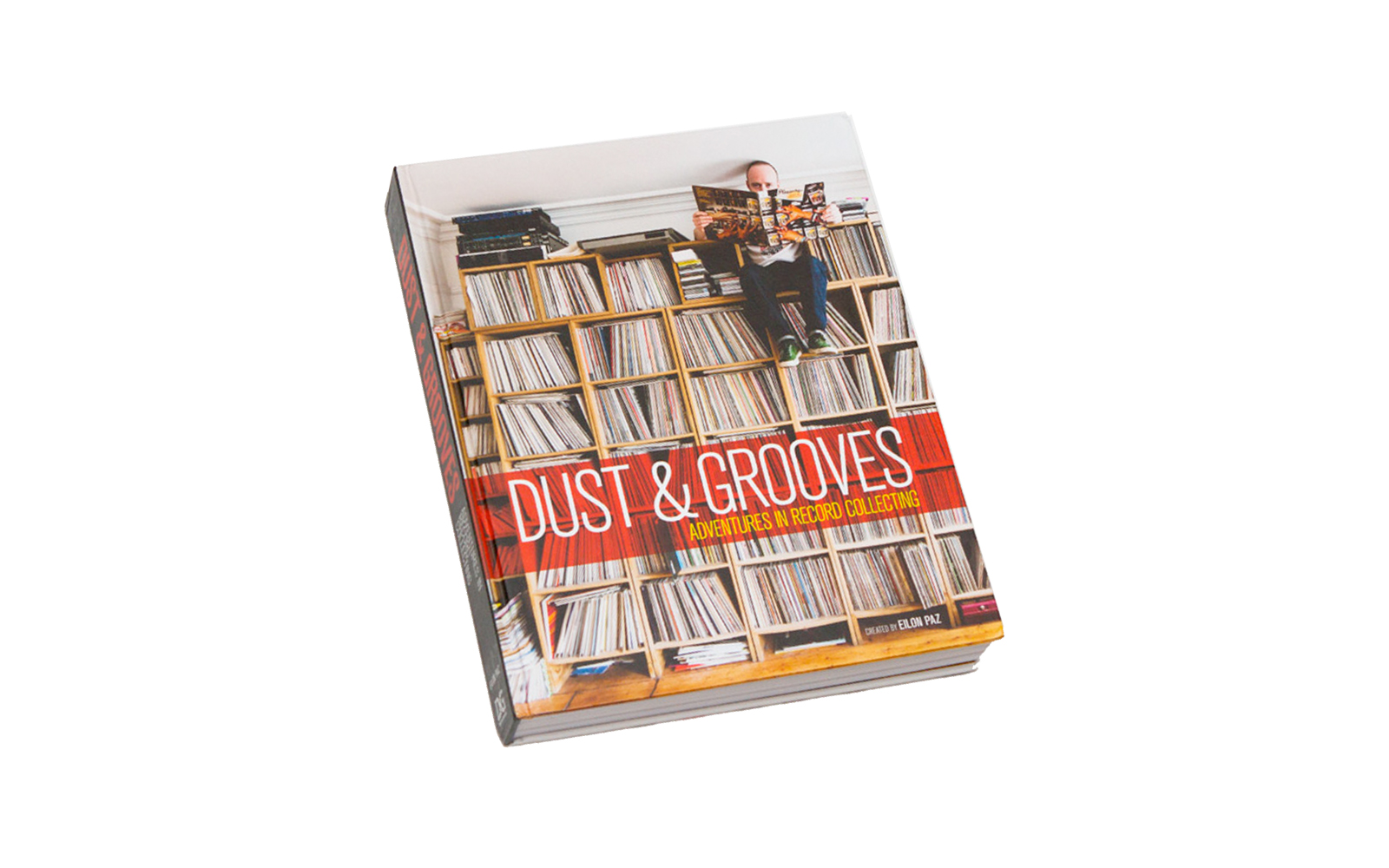 For the “How Does That Work?” dad

Dads tend to have a desire to know the back story about how things came to be, which is why he’ll love these Patent Prints ($25, Bespoke Custom Gifts), that artfully showcase the patents for everything from golf clubs, to the original Apple computer, to electric guitars, and even a Rubik’s Cube. 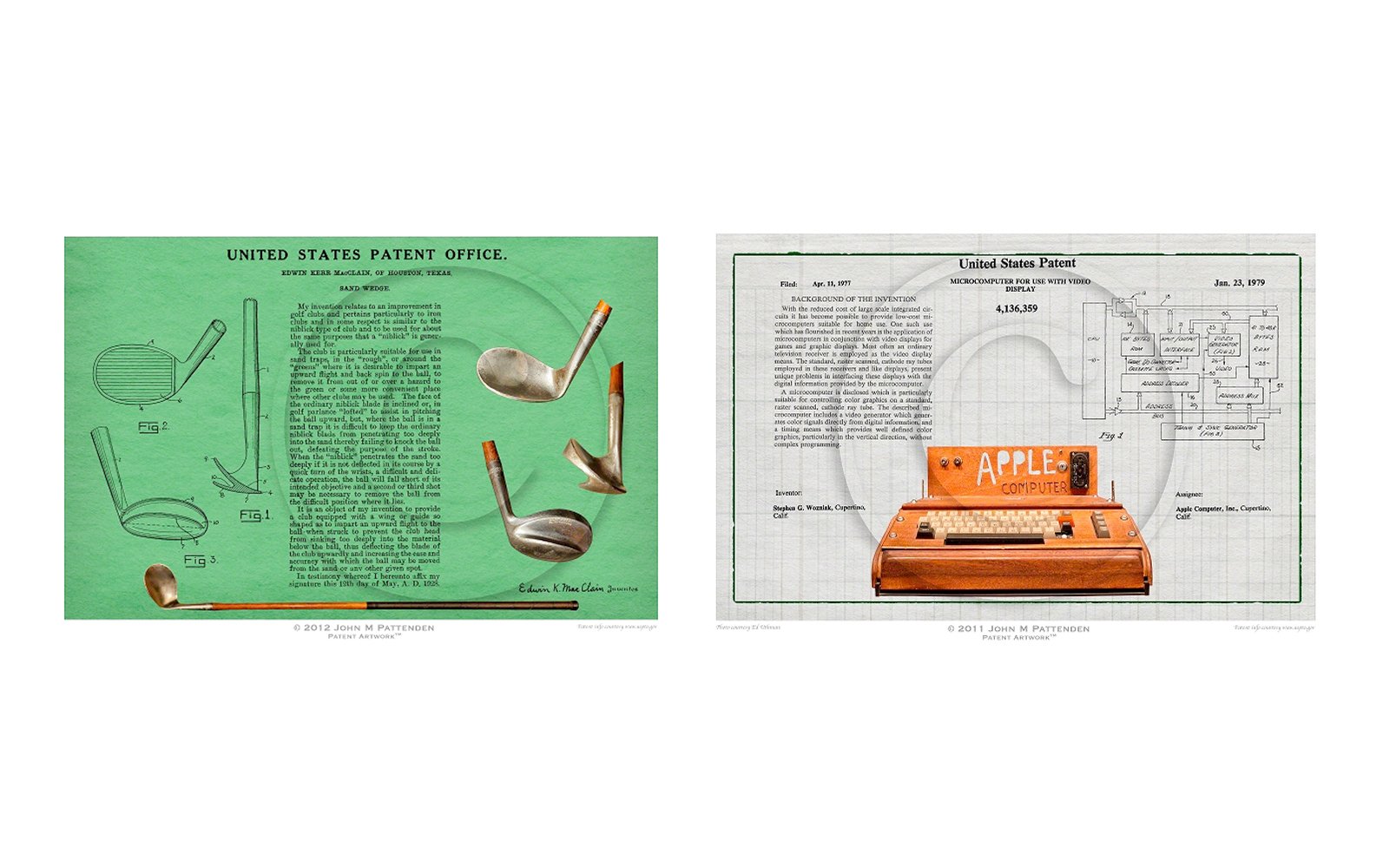 For the beer geek with a booze streak

Dads love beer, but years of beer guzzling may or may not have given him a beer belly that he’d rather not have. So, he’s taking a page out of your mother’s book and switching to low-cal cocktails. But that doesn’t mean he still doesn’t miss his brews. That’s why he’ll be delighted to be presented with a bottle of Hophead Vodka (Anchor Distilling), a vodka that’s distilled from Washington state hops that make the beer that he [used to] love. 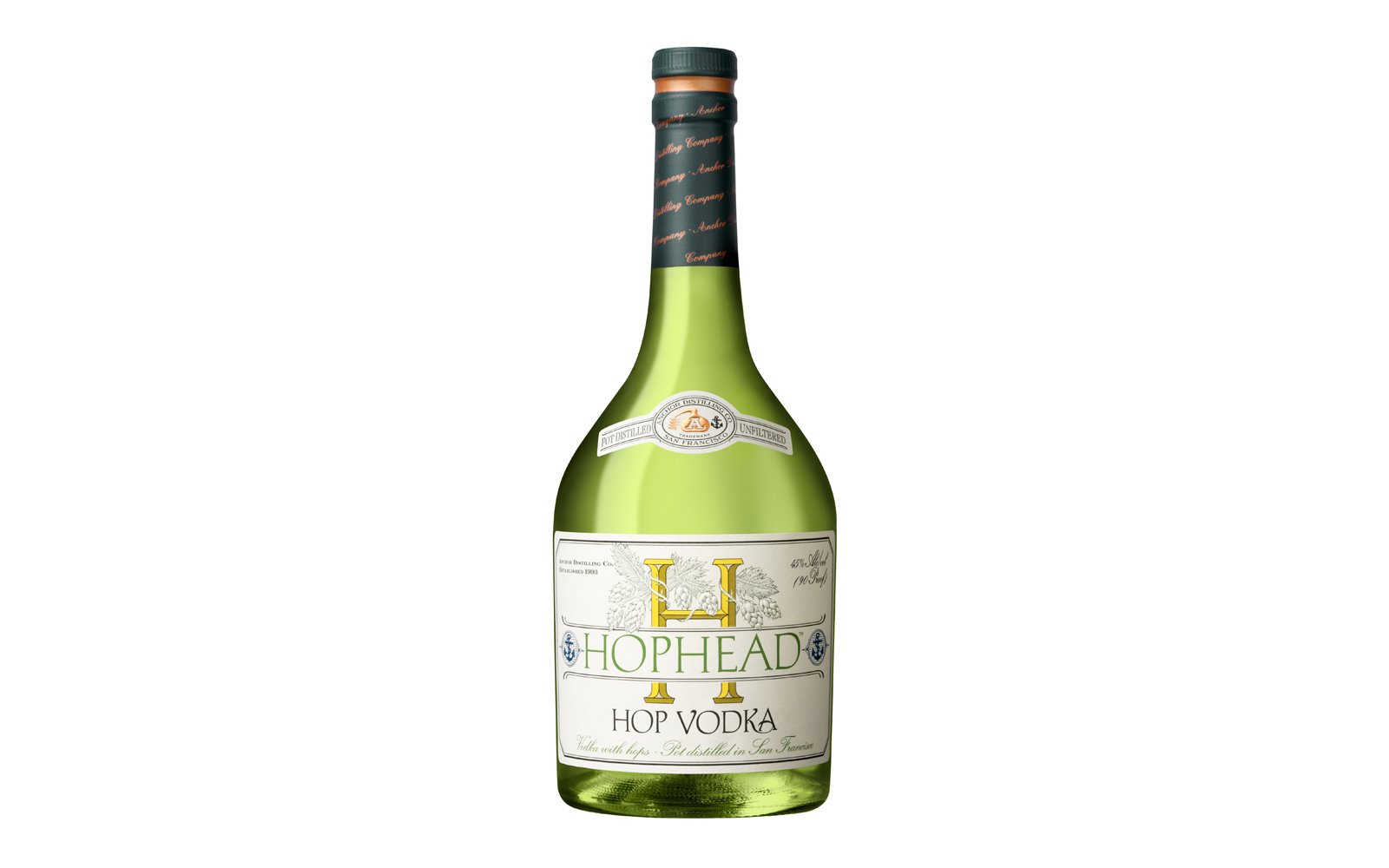 For the golf obsessive with a day job

Lesser children would buy their father one of those cheesy “I’d rather be golfing” bumper stickers, but you would never do that. Instead, get him these TPC Sawgrass Golf Ball Cufflinks ($150, Uncommon Goods), which are made out of golf balls that were plucked from the famed 17th Island Green water at TPC Sawgrass, Ponte Vedra Florida. 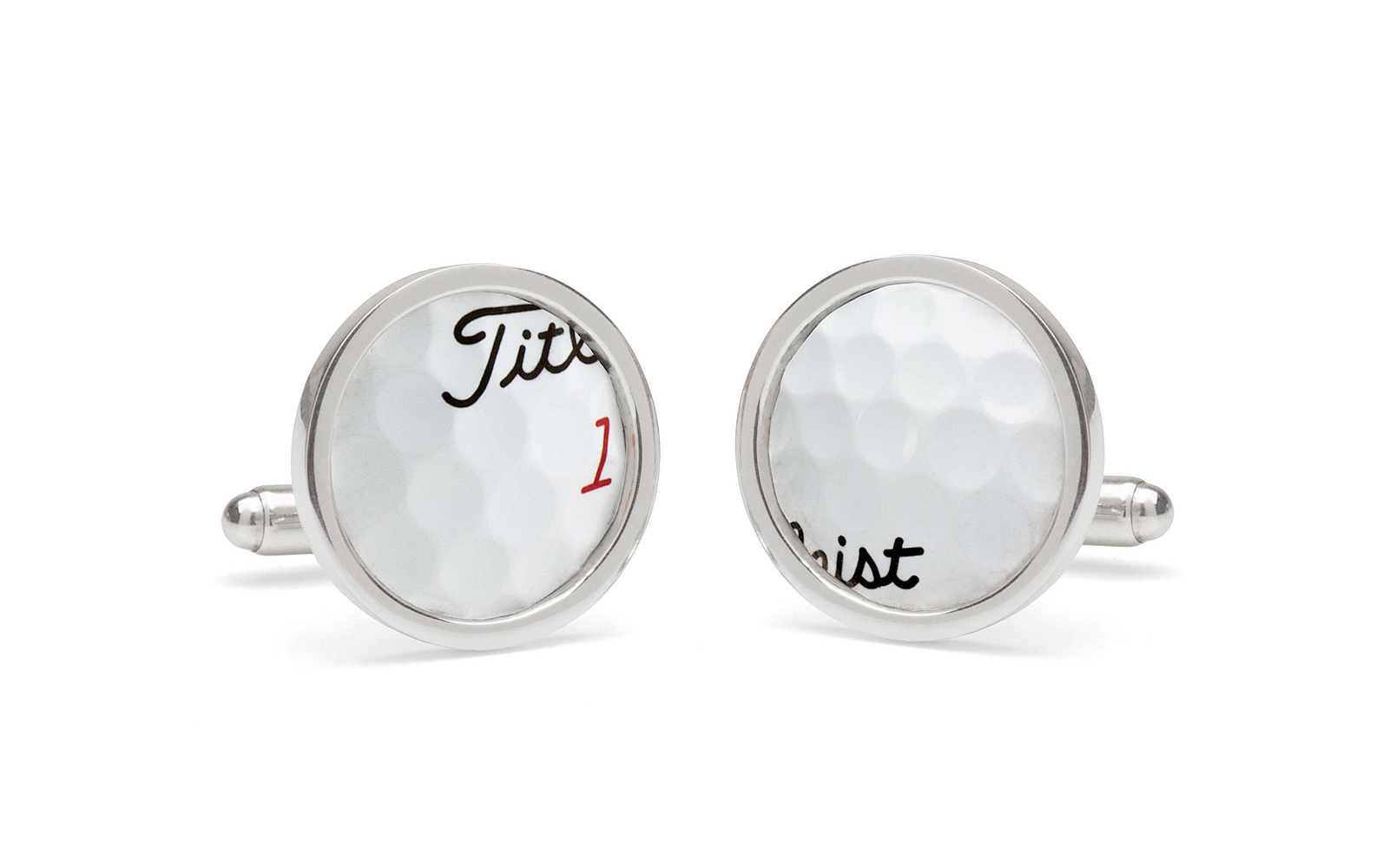 For the wannabe sailor

Whether your dad is just really, really preppy or actually well-versed in the art of sailing, this Sailboat Needlepoint Belt ($165, Tuckernuck) will look great on the weekends when paired with a polo, a pair of dockers, and some tasseled loafers (also known as “Dad Uniform”). 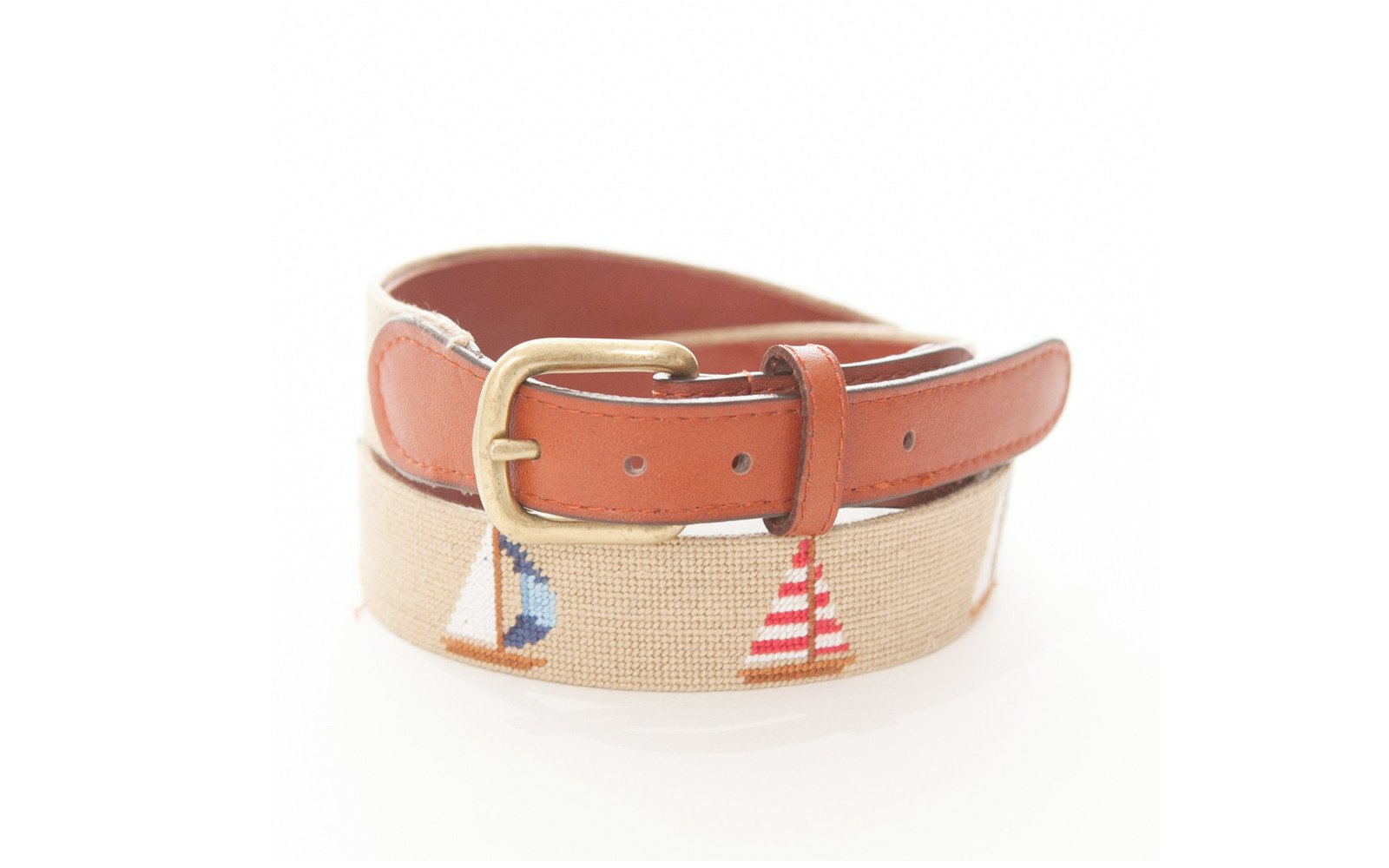 For the antique gadget hoarder

Your mother likes to go antiquing “just to make a day of it,” but your father always has his eyes on the prize. The prize, of course, being antique gadgets—cameras, movie projectors, typewriters. He can’t get enough of ’em. That’s why he’ll love these Vintage Camera Bookends ($285, Uncommon Goods), which will look very stately on his shelf. 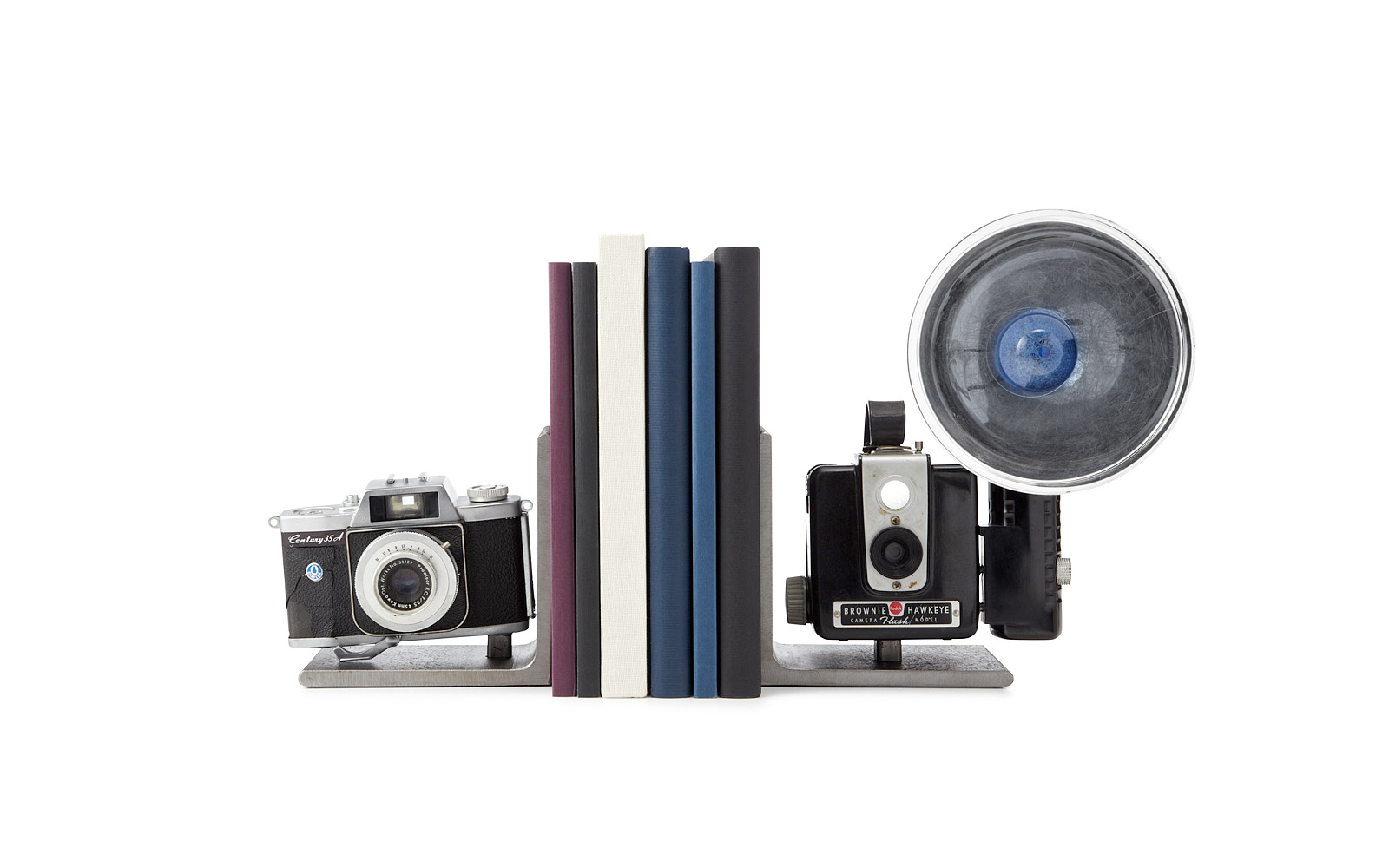 Home Improvement’s Tim “The Toolman” Taylor made a caricature out of guys who like to build things with their hands, but what’s more awesome than someone who can literally BUILD you anything you need? Not much. Think about how great The Chart of Hand Tools ($35, Pop Chart Lab) will look in his woodshop or man cave. 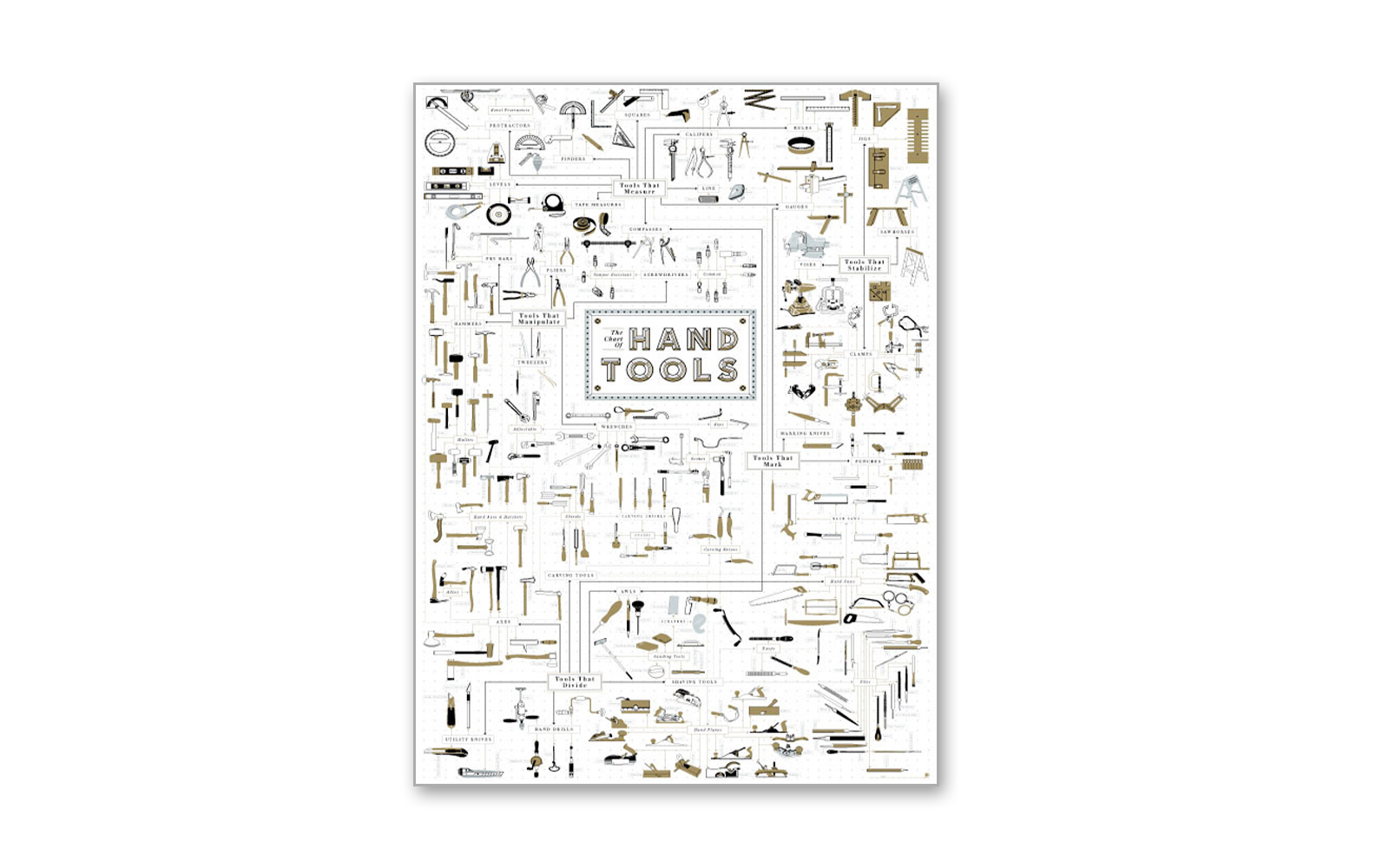 For the expert fisherman

Whether you share your father’s love of fishing or you spent a ton of time during your childhood bored on a boat doesn’t matter. He loves fishing, and he’ll love this Silver Fish Pen Knife. 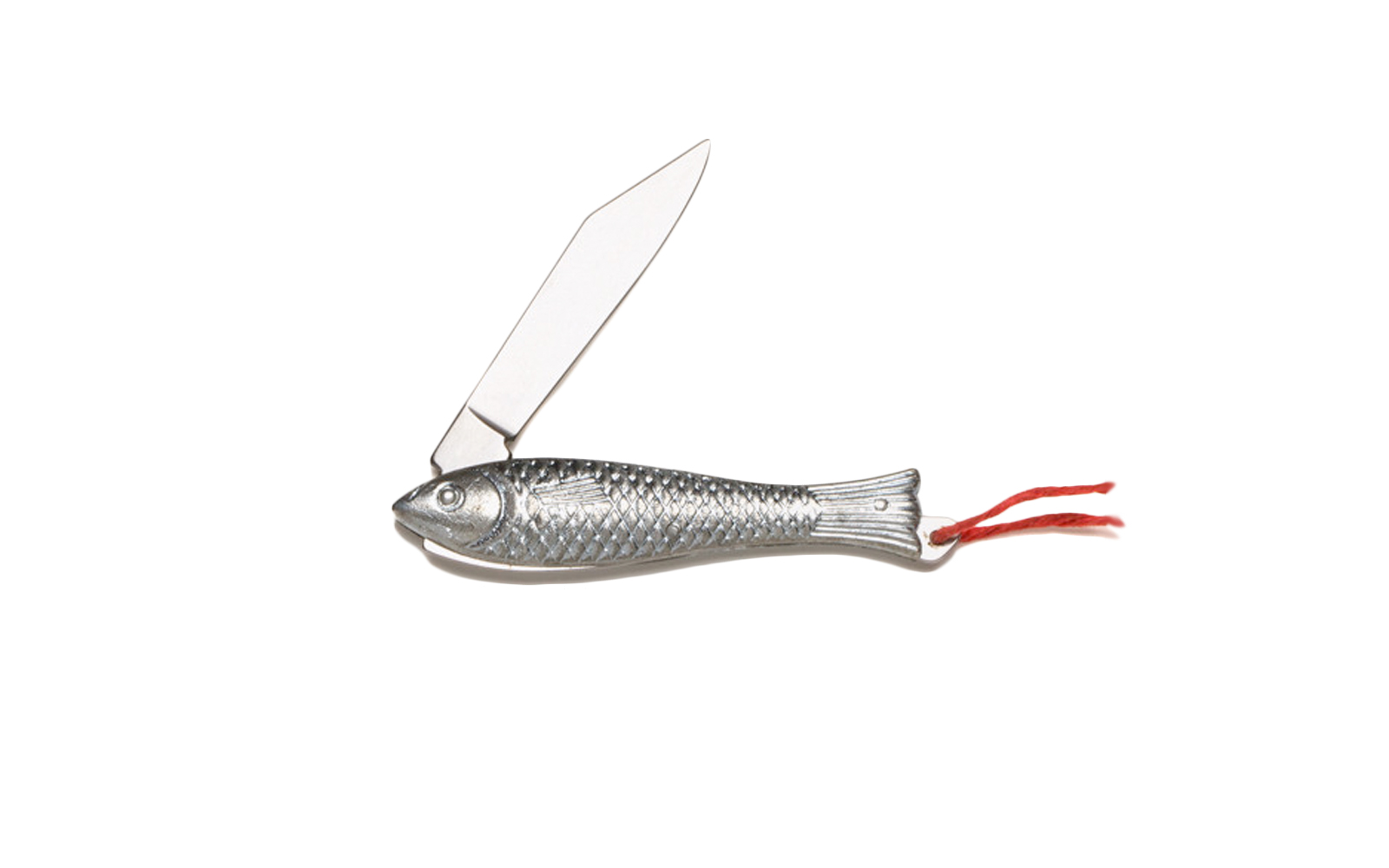 For the downhome drunk

Moonshine was originally a product that came out of desperation during the Prohibition, but it’s found its way back to into popularity thanks to hipster speakeasies. This Moonshine Making Kit. 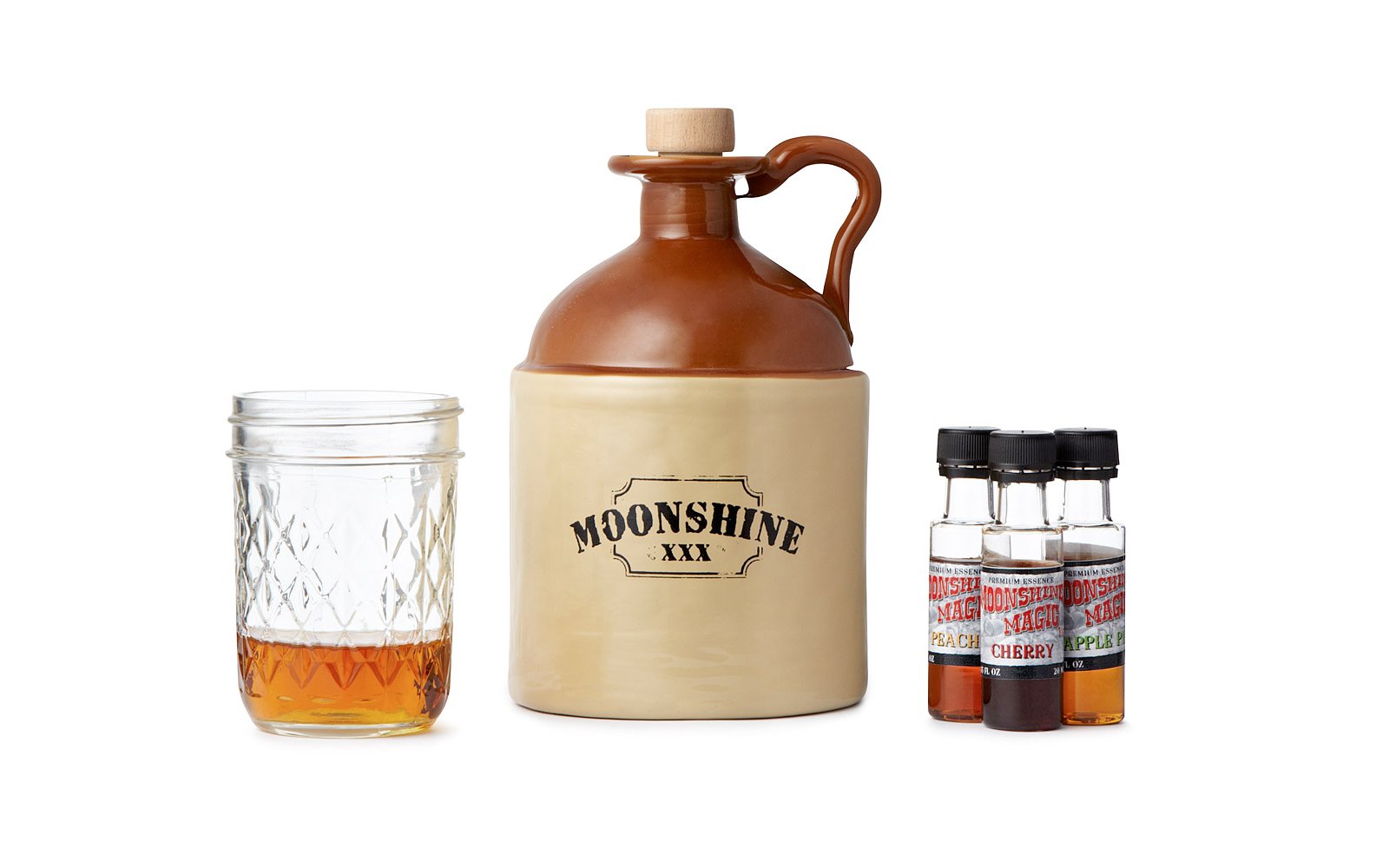 For the BBQ baron

Summertime is your dad’s time to shine, mainly because it’s grilling season. He’s constantly experimenting with rubs and sauces, trying to find the perfect combination for his “world famous” ribs or chicken. That’s why he’ll love Lillie’s Q Sauces ($8 per bottle, Lillie’s Q), which come in various flavors like Smoky, Carolina, Carolina Gold, Ivory, and more. 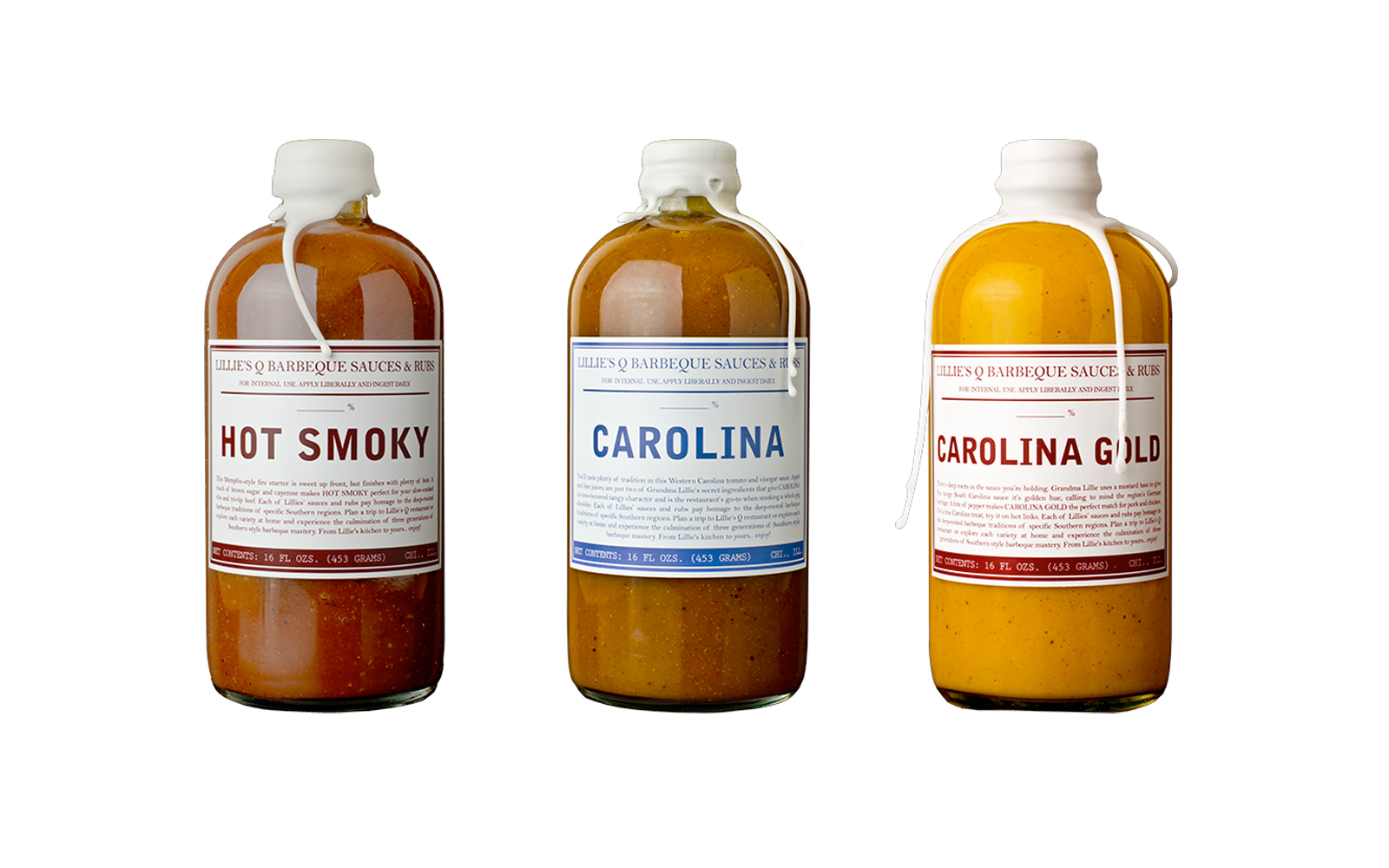 Grill Ideas for Veggies: Coconut-Grilled Corn Grilled corn is a staple side dish, but Steve Raichlen makes it the center of attention. The recipe is excerpted from Raichlen’s cookbook Planet Barbecue! Plus, check out 5 more mouthwatering toppings to put on grilled corn, Eggplant and Peppers with Feta Emeril Lagasse’s cookbook proves you don’t need meat for great […]

Are you wondering what to write in a Father’s Day card? Figuring out a special message for your dad or husband can be a challenge, but with a little help, it will be easy. Usually, the toughest part of writing a greeting card message is getting started. After that, it comes out naturally. Many of […]

15 Best Gift Ideas That Your Dad Will Surely Love

Father’s Day is coming on next June 21. This is a special occasion to honor fathers and their contribution to children’s lives. It also celebrates paternal bonds and the influence of fathers in society. On this day, you may wonder what presents to give your dad to make him enjoy a delightful day. Below CNN, Good Housekeeping, Esquire and Insider suggest 15 […]